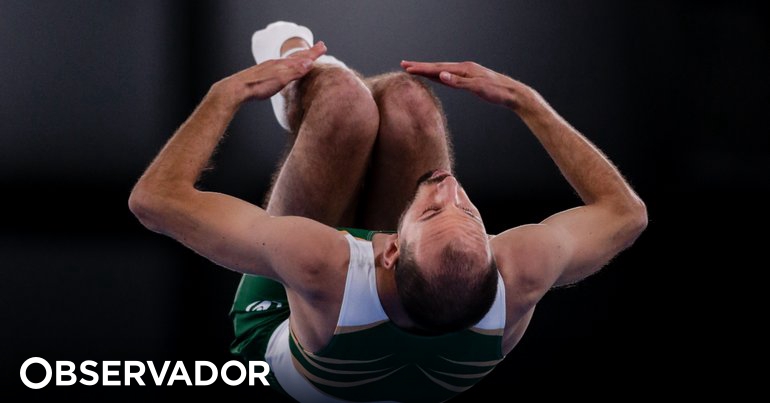 Olympian Diogo Abreu was selected by the Portuguese Gymnastics Federation (FGP) as the best gymnast of the year in trampolining, which also awarded couple Rita Ferreira and Ana Rita Teixeira, who won three medals at the Acrobatics World Championships. Diogo Abreu was crowned alongside world runner-up in synchronized trampolining Pedro Ferreira in Bulgaria and won the World Individual Trampoline Team Championship title with Pedro Ferreira and Lucas Santos.

In the individual trampoline among women, Mariana Carvalho distinguished herself, and in the double mini-trampoline, Diogo Carvalho and Diana Gago were awarded.

In acrobatic gymnastics, the FGP awarded, in addition to Ana Rita Teixeira and Rita Ferreira, who won gold in the three competitions they participated in at the World Championships in Baku, Barbara Sequeira, Beatriz Carneiro, Francisca Maia, who in the women’s group category, have the best ranking in the championships world, with two titles as runners-up.

Rita Araujo and José Nogueira were awarded Gymnasts in the Men’s Rhythmic and Artistic disciplines respectively, while Lourenço Faria was honored with the Coach of the Year award, in which Lourenço França received the title of Revelation of the Year.

Luis Arraes, President of the FGP, believes that the event ended “another golden year for Portuguese gymnastics”, which was marked by the achievement of “dozens of medals in international competitions, including several European and world titles”.

“In addition to international medals, this year we had four World Cups in Portugal, one Aerobics World Cup and an elected congress of the European Federation,” said Luis Arraes, recalling that this year Portugal also guaranteed that it would be selected as stage of the 2027 Gymnaestrada stage, which will bring together more than 25,000 gymnasts in Lisbon.

Athletes, clubs, managers and coaches in various areas of gymnastics: rhythmic, artistic, trampoline, acrobatics, aerobics, team gymnastics and gymnastics for all distinguished themselves in the gala concert, which was held under the motto “Your Stage”.

For 2023, Luis Arraes recalled that Portugal will host five world championships in four disciplines and promised a “revolution” in communication, which will be carried out in conjunction with the Ginástica TV channel.

Xinhua News Agency held a seminar about its services in Portuguese

″AWS invests in the future of the Portuguese tech community″

See also  Even when he begged for his life, George Floyd called Derek Chauvin "Sir," said his brother

See also  Even when he begged for his life, George Floyd called Derek Chauvin "Sir," said his brother