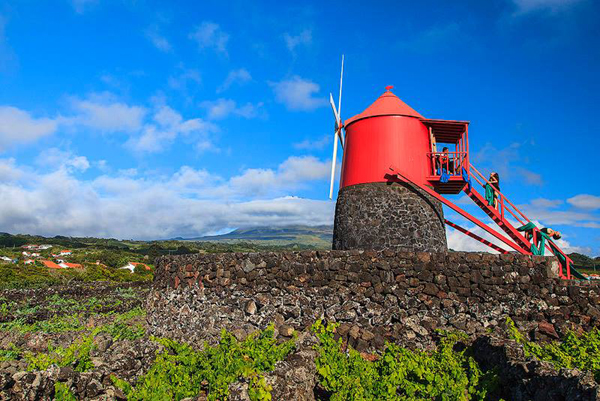 From the newsroom with Lusa

Secretary of State for Tourism, Trade and Services Nuno Fazenda announced on the 8th in the Azores two lines of support for companies with a global allocation of 100 million euros, measures that he believes meet the requirements of the sector.

“The Government will provide in the first days of January a new line – Consolidate + Tourism Line, with an allocation of 30 million euros, managed by Turismo de Portugal and dedicated to micro and small companies in the sector, which have difficulties in managing debts that have arisen, in particular, during pandemic,” he said.

The official spoke at the opening ceremony of the 47th National Congress of the Portuguese Association of Travel and Travel Agencies (APAVT) in Ponta Delgada, Sao Miguel, in the Azores.

According to Nuno Fazenda, with this line, companies will be able to “finance themselves with Turismo de Portugal without interest to repay part of the refunds due to banks during 2023, with a grace period of two years and a full repayment period of six years.”

This, he added, will allow companies to “soften and expand their capital needs over time.”

A line that, he emphasizes, “meets the demands of the industry.”

“This is a need for companies and we have the answer,” he also emphasized in front of an audience of businessmen and after listening to the addresses of the presidents of the Portuguese Tourism Confederation (CTP) and the Portuguese Association of Travel and Travel Agencies (APTA) in his speeches.

“The Government will also ensure this year the implementation of the measure to strengthen the support program agreed with the Portuguese Tourism Confederation last October in the context of the Income, Wage and Competitiveness Improvement Agreement. This is the grant of 70 million euros to companies in the sector on a non-refundable basis, which reinforces the amounts already received under the Apoiar program,” Nuno Fazenda later said, adding that it was “another response – very important – for the companies.”

“It’s called doing. And do it with a sense of urgency. When confronted with difficulties, the government must respond with action. Do. And this is a verb that we are already conjugating,” he said, continuing the theme of the 47th APAVT Congress: “Fazer”.

The Secretary of State also recalled that companies are “the engine of the economy”, given that the country “has leading companies” and that it is necessary to “continue to support companies and investments.”

Nuno Fazenda also mentioned that the government is already working on securing other areas of support for companies, which should be announced in the first quarter of next year.

“In European funds, companies and tourism are a priority. Company funding increases by 90% from Portugal 2020 to the total amount provided for in Portugal 2030 and PRR. [Plano de Recuperação e Resiliência]🇧🇷 I repeat, this is a 90% increase in support for companies within the next cycle of European funds. At PRR, we expect to sign a contract very soon to accelerate and transform the tourism agenda. This is an investment of 151 million euros with investments of a business nature, which are very important for the climate and the transition to digital technologies,” he listed.

The official said simplification is also a priority.

“Without losing rigor and transparency, we must continue our efforts to reduce bureaucracy in order to make the state’s actions with companies and citizens more flexible and faster,” he concluded.

About 750 congressmen are participating in the APAVT convention, which will last until Sunday.

One of the 22 studied transfers from Juventus belongs to the Portuguese.