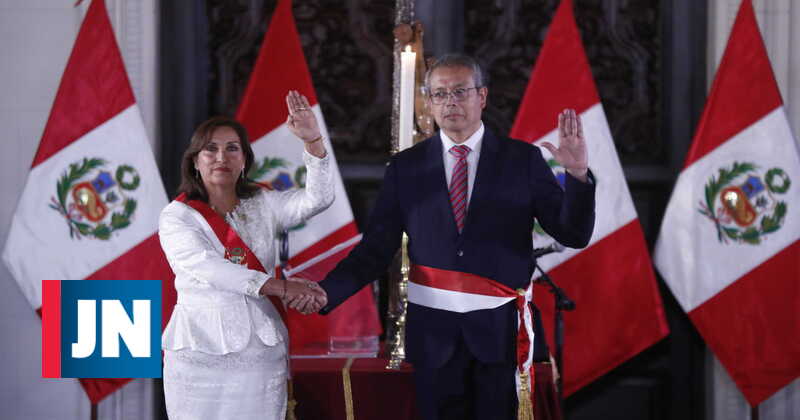 Peru’s president announced on Sunday the resignation of Prime Minister Pedro Angulo following a political crisis that is shaking the country and has already resulted in more than two dozen deaths in protests.

The change comes ten days after Pedro Angulo was sworn in as prime minister and is part of a ministerial restructuring that will take place from today to Tuesday.

Government. Eleven of the 66 Portuguese detained in Peru have already returned

Dina Boluarte indicated that she is looking for someone who understands the technical part of the position, but who is “a little more political in order to be able to counter ‘social grievances’ and build bridges for dialogue,” the RPP said. TV channel, news agency Europa quotes. Press.

The Peruvian head of state said that dialogue should be a priority in the context of the political crisis: “the doors of this government should be open for dialogue in ministries with new leaders, as well as with the Congress.”

Peru has been in an institutional and social crisis since Congress overthrew President Pedro Castillo on December 7 after he announced the dissolution of parliament and the creation of an emergency executive, a coup d’état.

The formation of a new executive body by former Vice President Dina Boluarte provoked protests from the population.

On Saturday, Boluarte ruled out resigning and demanded that Congress reconsider the “vote pending elections” after rejecting the executive branch’s December 2023 election project the day before, when ongoing protests in the country caused at least 23 deaths.

See also  Gilles do Vigor has a photo used when registering a politician from MT to TSE.

In office for 11 days after Castillo’s replacement, Boluarte announced a cabinet reorganization to better face the crisis after two members of the government team resigned.

A faction of demonstrators are protesting Castillo’s resignation and demanding early elections and the closure of the congress, while others are calling for Boluarte’s resignation and the release of Castillo, who has been detained on charges of sedition since he tried to dissolve the congress with which he was in conflict.

On Sunday, the Lima government imposed a mandatory nighttime curfew for five days in Huamanga province in the Ayacucho region after protests last week resulted in nine deaths in clashes between demonstrators and security forces.

Huamanga thus joins the mandatory nighttime curfew the government ordered on Thursday for 15 more provinces in eight of the country’s 24 departments.

On Wednesday, the government declared a national emergency for 30 days to try to control acts of vandalism and violence committed during demonstrations.

During the state of emergency, constitutional rights relating to the inviolability of the home, freedom of movement within the country, freedom of assembly and freedom of personal security are suspended.

Official figures show 23 people have died across the country so far, with the Ministry of Health saying 77 injured people remain in hospitals.

See also  Gilles do Vigor has a photo used when registering a politician from MT to TSE.
Continue Reading