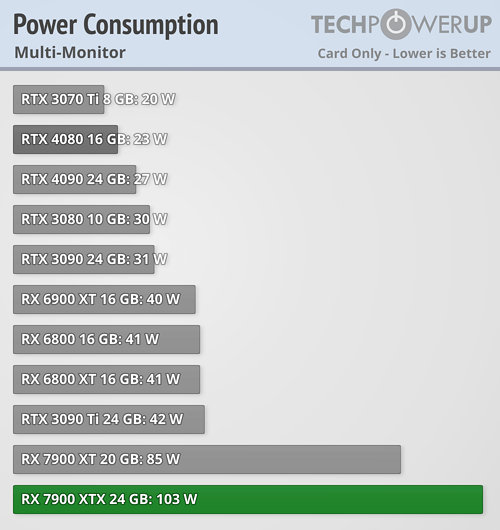 Some Radeon RX 7900 series graphics cards from the first batch may have been released based on the structurally unfinished Navi 31 GPUs. This assumption was made by some enthusiasts among the early buyers of the Radeon RX 7900 XTX and RX 7900 XT.

This unpleasant feature is typical for three chips marked GFX1100, GFX1102 and GFX1103. The first is the older Navi 31, on the basis of which the Radeon RX 7900 XTX and RX 7900 XT are produced. The second and third are the yet-to-be-released Navi 33 and Navi 32, which will form the basis of the Radeon RX 7800, as well as other next-generation AMD desktop and mobile graphics cards.

Also, users report a strange situation with fluctuations in the operating frequencies of the new Radeon graphics cards. For example, @uzzi38 noticed that the Radeon RX 7900 XTX GPU in games can run at frequencies from 2.4 GHz to 2.9 GHz without any changes to the game settings. 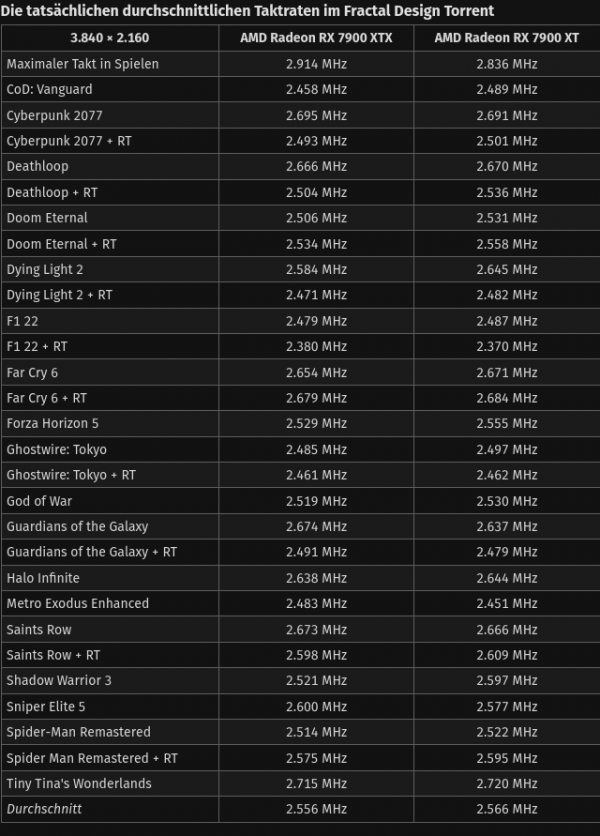 And in the analysis of the video card by the TechPowerUp portal, it is indicated that the difference in frequencies can be even more significant. For example, in games, the chip worked at frequencies from 1934 to 2994 MHz, and in the same Furmark stress test, which was supposed to squeeze all the juice out of the GPU, the GPU frequency turned out to be even lower – 1660 MHz. 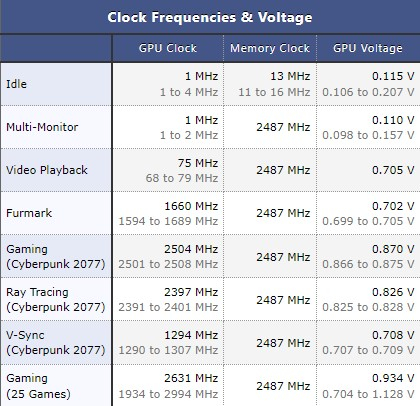 Video blogger Nadalina shared a similar observation. She noted that in Call of Duty: Modern Warfare 2, the graphics chip of her ASUS Radeon RX 7900 XT TUF Gaming graphics card worked in the frequency range from 2.4 to 2.9 GHz with the same quality settings. Initially, the card selects high GPU frequencies, but drops to 2.4GHz after about an hour of play, resulting in a performance drop of about 20%. In this case, after restarting the game, high FPS values ​​\u200b\u200bare returned. Nadalina’s complaint was brought to the attention of AMD Head of Gaming Solutions and Marketing Architect Frank Azor, who promised to look into the matter. 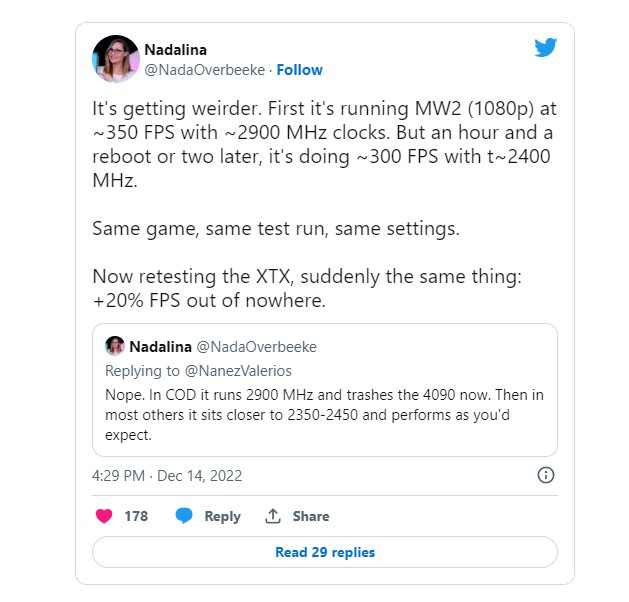 The difference in GPU frequencies under different loads is a fairly common phenomenon. The frequency directly depends on the load level and GPU temperature. But such a significant difference under the same loads looks very strange.

The aforementioned TechPowerUp review also states that the Radeon RX 7900 XTX consumes 103W of idle power when using multiple monitors when the competition requires less than 50W. For example, the GeForce RTX 3090 Ti requires only 42W under these conditions, while the GeForce RTX 4080 and GeForce RTX 4090 require 23W and 27W, respectively.

See also  Research shows that volcanic rocks on Mars have been altered by liquid water.

High power consumption problems can be fixed with the new driver, which cannot be said about the initial revision A0. Here, the only solution may be to release the graphics core at a new stage, which is unlikely to please the first buyers of the Radeon RX 7900 series video cards. According to reports, a disabled hardware shader preloader deprives Radeon graphics of the previous generation. cards based on the RDNA 2 architecture, the performance is about 5%. It remains to be seen how its absence will affect the performance of video cards based on the RDNA 3 architecture. Now it remains to wait for official comments from AMD itself.

Forget the MacBook Pro, Apple has something better

Surprise. Skype gets an update with a new design and other news