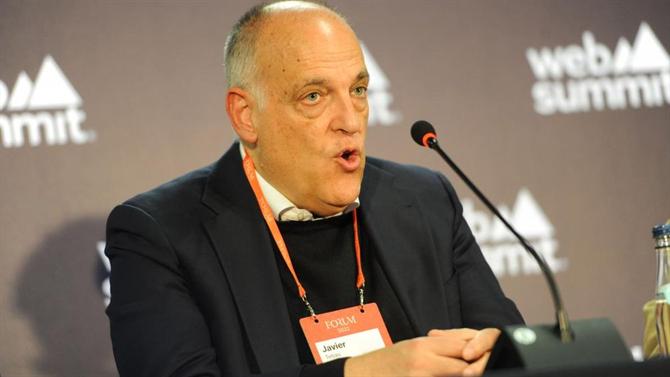 The Spanish Liga (La Liga), under the chairmanship of Javier Tebas, announced this Saturday that it will sue FIFA over alleged changes to the format of the Club World Cup, which will be expanded to 32 teams from 2025 and played in Morocco in 2023, but from 2025, it changes from annual to four-year (only once every four years, as happens with national teams) for what it accuses of being “a unilateral decision that could cause irreparable damage to leagues, clubs and players”, adopted by an organization led by Gianni Infantino.

“La Liga is already considering all legal options following a unilateral decision taken by FIFA without prior notice. [aos clubes, ligas e federações] regarding the Club World Cup,” the organization said in a statement this Saturday afternoon.

The reason, they add in a note, is the schedule and the damage the changes will cause to clubs and, above all, players. “These decisions regarding international club matches could cause irreparable damage to the national leagues. [ligas]their clubs and their players,” says La Liga, caught off guard by the announcement the day before.

Here is the full statement from the organization led by Javier Tebas:

“Following the announcement on Friday 16 December by FIFA President Gianni Infantino that from 2025 there will be 32 teams in the Club World Cup and will only take place every four years, and his intention to increase the number of group games. 2026 FIFA Men’s World Cup stage [de seleções]By increasing the number of meetings of each squad in each group from three to four, as originally agreed, La Liga considers:

– these decisions, taken unilaterally and without prior notice, in order to prevent the competition, with new tournaments, cause irreversible damage to the entire ecosystem of international football;

– therefore, with these measures, FIFA is also deviating from its goal: to protect the interests of the entire football ecosystem and that the balance between national and international football should take into account and promote, and not benefit from the modality as a whole;

– in view of these decisions and announced without consultation or consent of other parties directly affected by them, such as the national leagues, the clubs that bring them together and the players, La Liga therefore announces that it will take all legal action to prevent the Club World Cup in the stated format ;

– Finally, La Liga considers it completely inappropriate for FIFA to decide without any consultation or agreement with the leagues on the date of the next Club World Cup (February 1-11, 2023) [Marrocos]🇧🇷 These dates are less than two months away, which will affect domestic league calendars with fixed dates from June 2022.”

Deschamps rules out Benzema’s final: ‘I don’t do invitations’