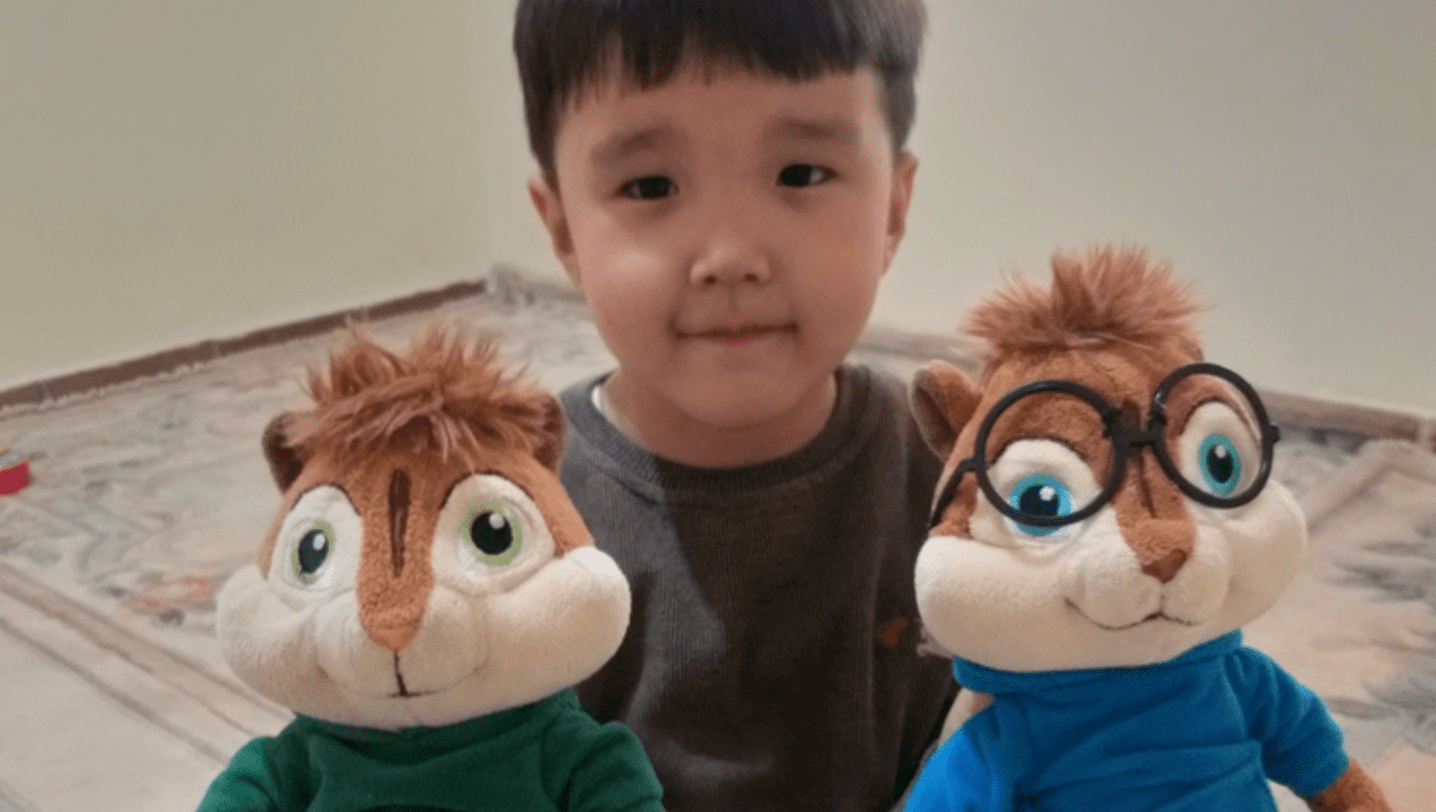 Ali introduces two squirrels who help him learn Portuguese, an initiative taken by his teacher to better integrate the new student into the school. ©Personal business

Sao Paulo, 3 November 2022 (UNHCR) “At just six years old, young Afghan Ali was forced to leave his country with his family due to conflicts and insecurity in his homeland. Thanks to a humanitarian visa regulated by the Brazilian state at the end of 2021, Ali, his father, mother, grandmother, aunt and uncle arrived in Brazil last October, where they find protection and safety to rebuild their lives.

After arriving in Brazil, Ali made it clear that he would like to return to school. And with the help of teachers from the school in the city of Guarulhos (SP), where he lives, he was able to enroll.

“The day my son started school, I felt that Brazil is my homeland because we have the right to live as Brazilians. Brazil is a country of hope for all refugees who are looking for a fresh start here,” said Ali’s father, Mohammad, 35.

The teachers were happy to see an Afghan student at school, but Ali did not feel confident – he could not understand his classmates and could not say what he wanted to be when he grew up – the answer to all the other children. already knew!

“Once Ali arrived, it was quite difficult as we didn’t know how he and his family had moved, in addition to communication difficulties due to the language. However, due to this language barrier, he did not speak much and we were not always sure that he understood the classes offered,” said teacher Ghiselli Truquiti.

Ali stopped going to school and cried every day before leaving home. Luckily, the teacher developed an original method for teaching Ali Portuguese. With the help of an online translator, the professor created dialogues between the two stuffed squirrels using words and expressions in Persian (Ali’s language in Afghanistan) and Portuguese, demonstrating that both could understand each other very well.

There he became interested in the technique and every day introduced his parents to the words that the squirrels taught them at school. With his new vocabulary and the support of his classmates, he made friends at school and created new phrases in Portuguese.

“It was a collaborative effort by the school, teachers and families to include Ali in the classroom where everyone was involved in creating an empathic and healthy welcome,” the teacher said.

After the holidays at the end of the year, Ali returned to school with new words and phrases – and more enthusiasm to chat and play with her friends. And now, as he himself says, “I love the school and I love the teacher.” And especially on Fridays, because this day is the most time for games.

In fact, little Ali went back to school already knowing what he wanted to be when he grew up: an airplane pilot so he could fly safely over Afghanistan, seen from the sky, introducing him to friends.

See also  Referee from Portugal appointed for the FIFA FIFA World Cup in Lithuania
Related Topics:
Up Next

“The Girl with the Hindu Heart” · Global Voices