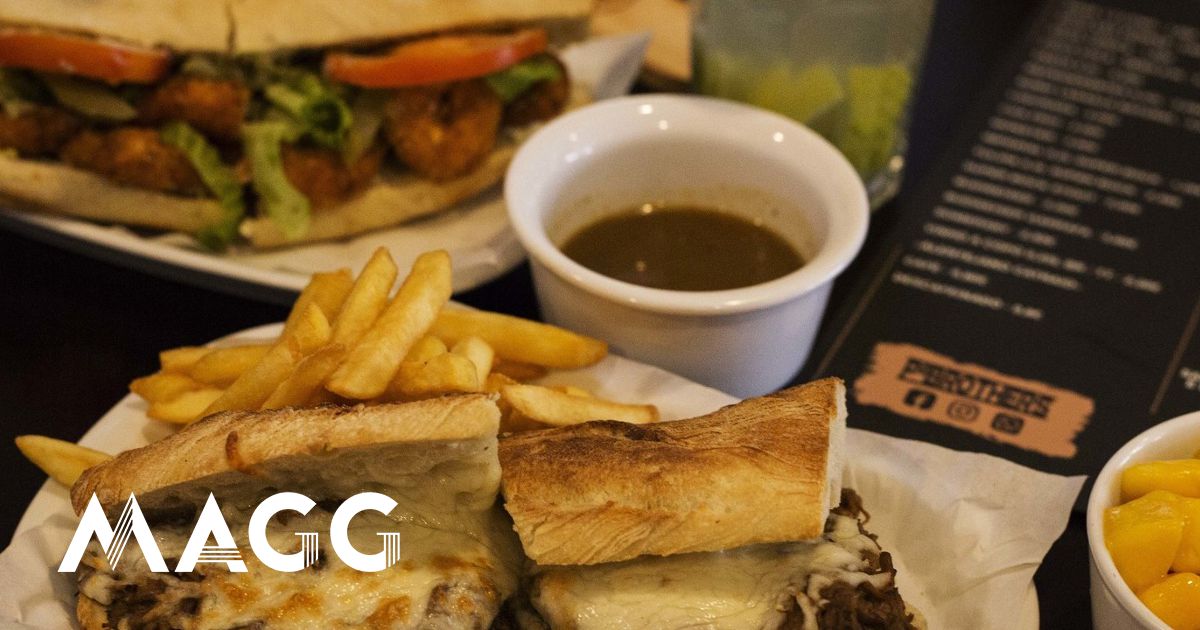 Anyone walking past number 108 Rua D. Estefânia, in Saldanha, Lisbon, might think this is just another American-style burger restaurant. But no, PoBrothers is the first po-boy restaurant in Portugal. Po-boy is a typical sandwich in the US, especially in New Orleans, consisting of a baguette stuffed with chicken, pork, veal, or shrimp. The name comes from “poor boys” (poor young people in Portuguese) because it was once their food.

The idea of ​​opening a restaurant with an American concept came straight from the USA. More than 15 years ago, brothers Miguel and Pedro Silva traveled through the south of the country, where they passed through states such as Texas, Mississippi, Alabama, Louisiana and, in particular, the city of New Orleans. It was in the latter that they fell in love with the flavors and simplicity of American cuisine.

“We were especially struck by the simplicity of the cuisine in the area because they prepare dishes that are completely hand-snacked but with a lot of work. And we were very surprised by this, extremely tasty things at very low prices.,” Miguel Silva told MAGG.

Hatched for over 15 years, this idea was finally realized with the opening of PoBrothers in Lisbon at the end of August 2022. The brothers realized that they had an opportunity to introduce the concept of po-boys, which had not been explored in Portugal. . “There is nothing like it in Lisbon or Portugal. There is no concept of po-boys or french sauce here. Surprisingly, no,” says Miguel.

It is in a relaxed atmosphere that we are invited to join PoBrothers. The decoration is based on American culture, with several paintings on the walls of the restaurant depicting baseball and football figures, as well as personalities such as Marilyn Monroe and Elvis Presley. As soon as we enter, we see the US flag in the background, which is paired with benches – red and blue – contrasting with the dark wood of the tables.

But, in the end, did we try to fight or not? Clean. Shrimp po-boy (9.20 euros) is a sandwich stuffed with breaded and very juicy shrimp, with ranch sauce, tomatoes, lettuce and pickled cucumbers.

However, we were very surprised by another offer: veal french sauce (€9.25). French sauces are “sandwiches stuffed with meat stewed for eight hours and shredded, with breaded cheese on top, and then you have sauce to garnish. Hence the dipping, which is meant to be dipped to really get wet. He takes a sandwich and dips it in the sauce” Miguel explained.

And yes, it’s as decadently good as it sounds: the meat is juicy and flavorful, the bread is lightly toasted on the outside, which doesn’t make it completely wet when it’s wet, and the sauce completes the experience. But be careful, get ready to eat a lot and risk getting dirty.

First, you can look forward to Honey Peanuts and Pasta Chips (€1.95) accompanied by Ranch Sauce, a PoBrothers exclusive creation that we guarantee is the most addictive pasta you’ll ever taste. They also include a baguette with chevre cheese and ranch sauce (3.50 euros) and crispy shrimp (7.50 euros).

Since the North American-inspired menu cannot be missing, you can always count on the classic hamburger option (€7.50) with french fries with cheddar sauce and bacon (€2.50).

In terms of customer receptivity, Miguel says adoption has been very high, albeit slow, because it’s “a very small niche.” However, PoBrothers has already taken in several American foreigners who, according to Miguel, “really liked it, they said it was just as good or even better than some of the places there.”

“I had people from New Orleans, Mississippi, Alabama and they really liked it.

See also  How Jupiter in Pisces can ruin your sign
Related Topics:
Up Next

He paid 54 euros for two bags of chewing gum at the Christmas market. “It ruined our day” – News

See also  South Dakota's attorney general reported hitting a deer with his car. He did hit and kill the man.
Continue Reading