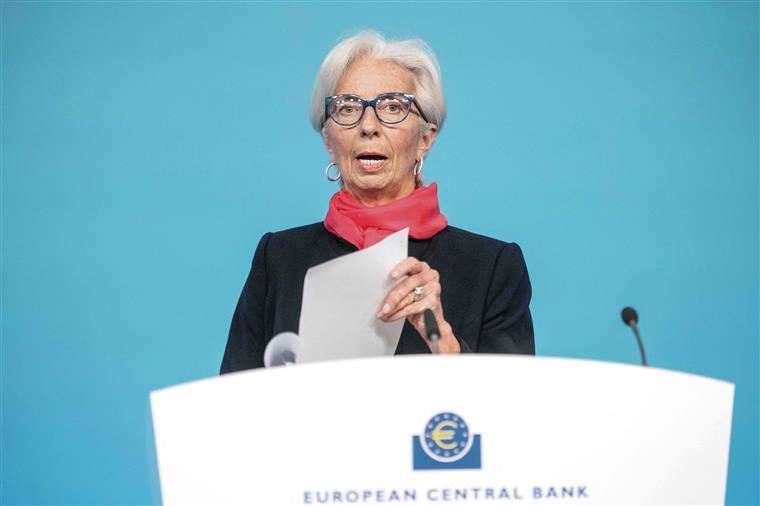 The Portuguese economy is showing signs of slowing down in a “context of high inflation”. The warning was issued by the National Institute of Statistics due to the fact that “short-term indicators (ICP) related to economic activity in terms of production available for September indicate a slowdown in activity”, after accelerating in August, resuming the slowdown profile recorded in the period from March to July, and recorded the lowest level since March 2021.”

The economic climate indicator, which summarizes the balance of extreme responses to questions about qualitative company surveys, also declined between August and October, “reinforcing the downward move that began in March and hitting a low since April 2021.”

The total volume of domestic transactions for cash withdrawals, payments for services and purchases at TTP terminals in October increased year on year by 12.9% (14.2% in the previous month).

The data follows statistics released by the Bank of Portugal this Thursday, which also show that economic activity and private consumption are slowing down. An indicator measuring economic activity recorded a 6.2% year-on-year change in September after rising 6.5% in the previous month. According to the statistics of the institution headed by Mario Centeno, private consumption rose by 2.3%, down from the 2.9% recorded in August this year.

The manufacturing producer price index showed an annual rate of change of 21.6% in October, slowing down for the third month in a row, after registering the highest increase in the current series in July (25.9%).

Excluding the energy component, this indicator increased by 14.7% year on year (15.6% in September). The consumer goods index continued to accelerate, rising from 15.3% year-on-year in September to 15.7% in October.

warning signs
Just this week, the European Central Bank (ECB) said that people on lower incomes will be hit “harder” by inflation and rising interest rates from the end of this year and even risk being unable to pay their debts.

A warning that did not surprise the economists contacted by our newspaper. João Cesar das Neves even said that “the risk is not in the future, but in the present”, ensuring that “we are already living in this reality and that it will get even worse in the near future”.

A view shared by Paulo Rosa, an economist at Banco Carregosa, points to an increase in the risk of default on the loan in 2023 as higher interest rates reduce household disposable income, penalizing those with tight budgets already weakened by high inflation. “Mortgage loans in Portugal are mostly indexed to the Euribor, a variable interest rate that increases as the ECB’s interest rate rises, increasing the cost of borrowing for the Portuguese, placing low-income families in a context of insolvency.”

See also  This month, installments on the house can reach up to 234 euros. Simulate how much you will pay

Nuno Mello, an analyst at XTB, also said that high inflation will continue during the last quarter of this year and throughout 2023. European governments should take measures to provide assistance that will ease the financial situation of these same families. The Portuguese government has already taken some measures, such as the possibility of negotiating home loans for those who reach the 35 percent rate. But I am convinced that this will not be enough and we will have to go further.”

11 years in prison for the “brilliant” Elizabeth Holmes

Intel ordered to pay $949 million for patent infringement on processors

See also  These are the 10 most expensive products in the last week.
Continue Reading