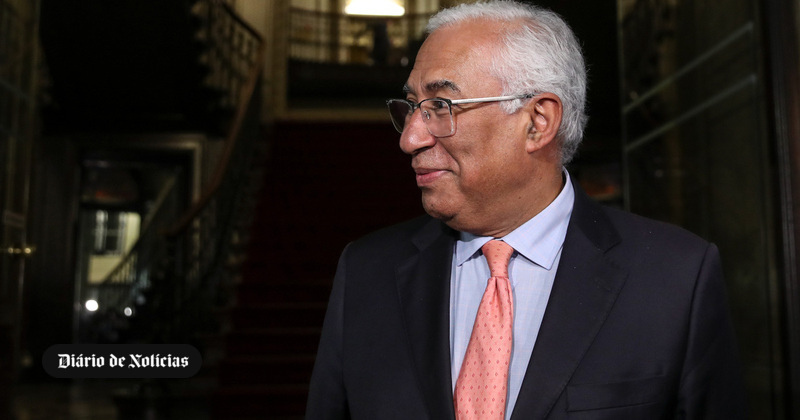 The socialist general secretary warned this Friday that the next four years will be difficult and demanding, Mario Soares was quoted as calling the PS a “party of national accord” and promising political and social dialogue.

This line of action was laid down by António Costa at the end of a memorable session of the seven-year socialist government under him, which took place at the Terreiro do Paso river station in Lisbon.

“We have four more years ahead of us – and four years that will be difficult and very demanding, when year after year we will have to do what we do today: be responsible, because the Portuguese did not write us a blank check”he said, alluding to the current political framework of PS’s absolute majority.

On the contrary, according to the Prime Minister, the Portuguese attribute PS “a mandate of enormous responsibility – a responsibility that the party must fulfill, assume and translate into results.”.

“We rule by majority, but in 2023 we will celebrate the 50th anniversary of the founding of the PS. We must remember our DNA. There is an expression in our DNA that Mario Soares defined PS: it is the party of national accord. . That is why our majority respects and cooperates in solidarity with other sovereign bodies.”indicated.

“We are not in dialogue with those in the Assembly of the Republic who want to be in dialogue with us, not because we have a majority. That is why, during the 2023 budget process, we approved more opposition proposals than the previous majority. [PSD/CDS] approved in four yearsdefended.

See also  analysis of the electoral scenario in Brazil

The PS Secretary General referred in this context to the abstention of Livre and PAN from the budget, advocating that “it’s not because they have a deputy” what can be devalued “because parties are not measured by the number of deputies, but by their ability to make positive proposals”.

“In addition to parliamentary dialogue, it is more important than ever, even to build confidence in these uncertain times, to deepen social dialogue.”then pointed Antonio Costa.

The Prime Minister then pointed to the recent agreement on social consultations on income, wages and competitiveness for the next four years.

“We have also reached an agreement with the public service that provides everyone with a multi-year development perspective, guaranteeing an increased career value and a higher income trajectory. It is the PS that wants national harmony and therefore will exercise its majority in dialogue in the Assembly of the Republic and in negotiations with the social partners”he added at an event where he supported a PowerPoint speech with what he described as some of the achievements of socialist governance from 2015 to the present.

Championship in Qatar and final in Moscow