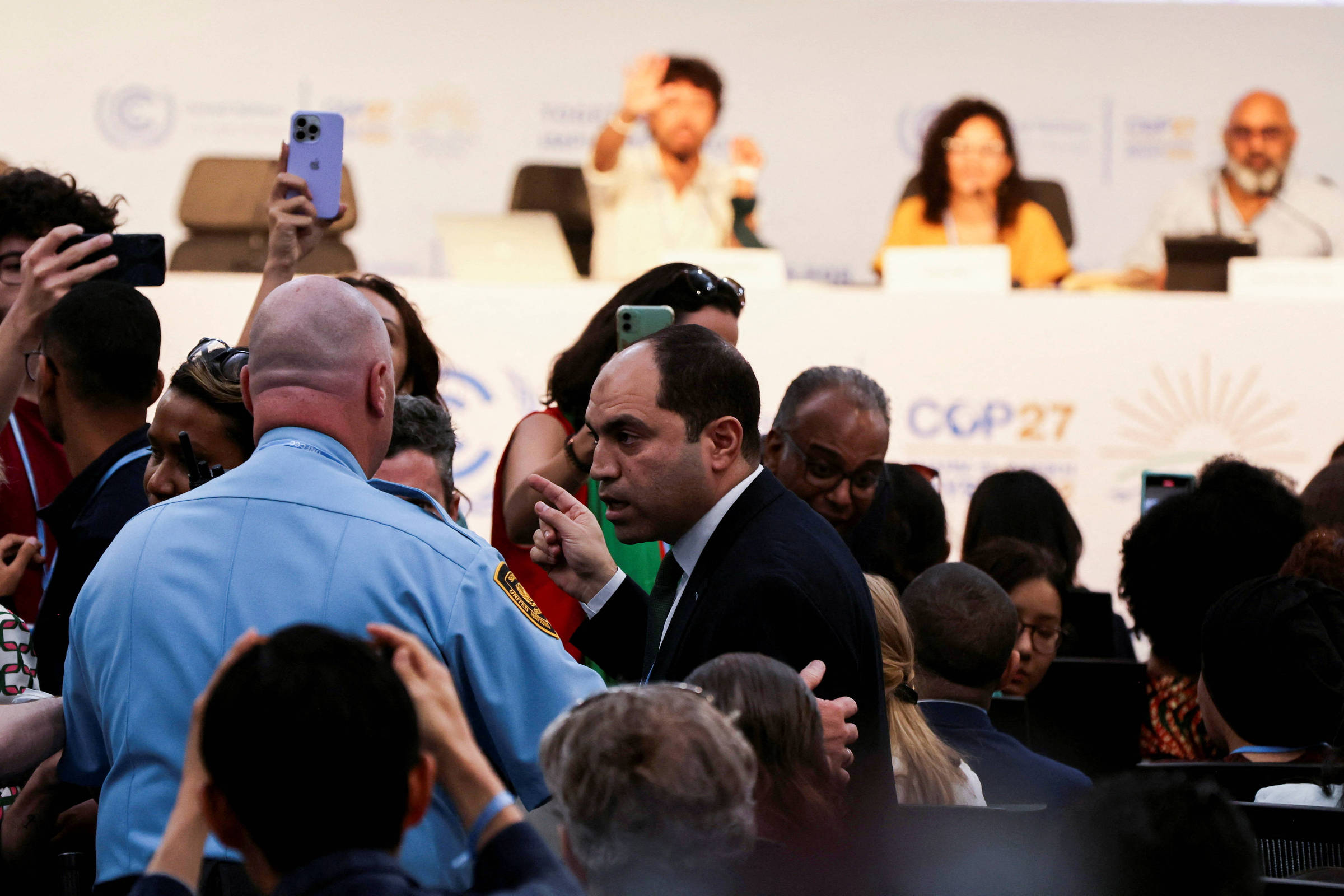 An Egyptian MP named Amr Darwish rioted and managed to interrupt British-Egyptian activist Sana Seif’s speeches for a few moments in KS27 (UN climate conference) in Charm El Sheikh, in Egypt. The man was taken away from the scene by security guards.

Sana Safe – sister Alaa Abd el-Fattah, a political prisoner in Egypt, has been on a hunger strike for over 200 days. and that during the CS he also stopped drinking water.

Seif went to COP27 on Tuesday (8) to comment on his brother’s situation. Visibly shocked, the activist said in a choked voice that she did not know if her brother was still alive. She said her mother was outside the prison awaiting confirmation of life.

After Safe spoke for about ten minutes, event organizers allowed the audience to ask questions. Amr Darwish was then the first to take the microphone. He began by saying that he would speak Arabic, not English. Seif tried to start translating, but was interrupted by the man who continued to speak.

Then the second person, also as the identity of the host country, began to speak Arabic.

According to Seif’s abridged translation, both were saying the same thing: Fattah would not be a political prisoner.

Then Amr Darwish rose to his feet and raised his voice. An argument broke out and the guard took the man away.

“You’re on Egyptian soil, don’t touch me,” Darwish said as he was led away from the meeting.

BUT Sheetwho accompanied the meeting recorded the discussion on video. See below.

Amr Darwish is a member of the Egyptian House of Representatives and a member of the Coordinating Council of Youth and Political Parties. He arrived on Tuesday morning in Sharm El Sheikh, the city where COP27 is taking place. In one post, Darvish calls Seif’s lines “misleading.”

Abdel Fattah is a democracy activist and was one of the main figures in the popular uprising that led to the fall of Egyptian dictator Hosni Mubarak in 2011 during the Arab Spring demonstrations.

In detention since 2019, he was convicted of “spreading false information” – one of the common charges that the Egyptian government often uses in political arrests.

The country is commanded by Abdel Fattah al-Sisi, a former army security chief who came to power in 2013 after a coup.

President al-Sisi has banned public demonstrations and protests in Egypt, a country that can hold more than 60,000 political prisoners, according to human rights groups, and Fattah is one of the most notorious.

This is not the first time Fattah has been imprisoned under al-Sisi’s rule. Between 2014 and 2019, an activist was arrested after participating in a demonstration. Shortly after his release, he ended up in jail again, this time after posting on social media.

Because he holds British citizenship last year, Fattah can secure his freedom through negotiations with the United Kingdom. His hunger strike began in protest of the conditions under which he was treated, including being denied access to British authorities.

In May, Fattah was transferred to a prison with a medical station. According to his family, he now had a mattress he could sleep on.

The arrival of British Prime Minister Rishi Sunak at COP27 raised the possibility of advancing negotiations to release Fattah. Sunak, who even considered not attending the current meeting, even sent a letter to the political prisoner’s family on the eve of his trip to the Constitutional Court.

Sunak claims in the correspondence that he is determined to solve the case. He called the issue “a priority for the British government”. according to the newspaper The Guardian.

The British Prime Minister met with al-Sisi on Monday (7). The British government said in a statement that the meeting dealt with the issue of a political prisoner, “a matter of deep concern”. The note says Sunak will continue to make progress.

Sameh Shukri, the Egyptian Foreign Minister and President of COP27, was even asked by CNBC about the political prisoner’s serious situation, since without even drinking water, he could die during the climate conference.

“I think that we should focus on the current mission, which is a priority given that it is related to climate change. We have a deep bilateral relationship with the UK,” Shukri said.

The Planeta em Transe project is supported by the Open Society Foundations.

See also  The dollar is falling after yesterday's sharp rise, but the climate remains tense due to high political risk.