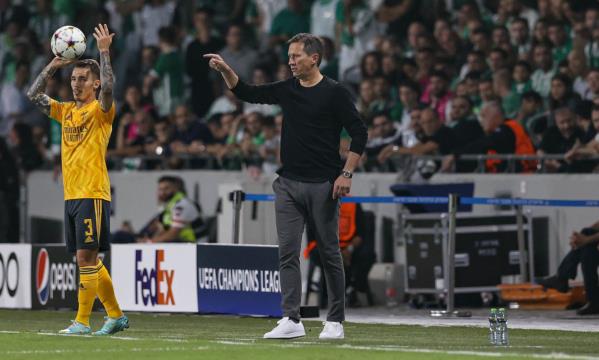 This was Benfica magnificent, delicious and insatiable, he who in Israel, against Maccabi Haifa, worked, believed and won, for 1-6in the final round of the group stage Champions League. It was difficult, but the eagles showed that nothing is impossible when you fly high and on course! “We were in 1st place in the group, this is a great achievement,” he stressed. Roger Schmidt.

Happy, proud and with a clear sense of accomplishment, and good! This is how Roger Schmidt introduced himself at the end of the match in Haifa, first immediately after the final whistle on the field of the Sammy Ofer stadium, and then at a press conference.

The trainer said that the team believed that managed to beat group H, “I knew what I had to do”and the “efficiency, mentality and spirit” of its players were the focus. achieve something extremely important for everyone and forClub prestige“.

Roger Schmidt emphasized high level football in four lines during the European campaign so far, explained the importance humility and standing firmly on his feet, he has already pointed out the next problem and identified other “good sides” one night – one more! – happy for the Benfiquist family.

CUSTOMIZATION AND THE SPIRIT OF VICTORY

“[O que disse aos jogadores no final do jogo] I congratulated them and expressed great respect for what they did not only today [quarta-feira]but throughout the group stage. They were fantastic, they played at a very high level. We wanted to do it again today, we believed in our ability to win the group, that we could finish with more points than PSG in head-to-head (Juventus could have won), but in the end we both won. We scored more goals [fora de casa], we were very efficient, the players deserved it, they showed a great mentality and spirit. When you can do that and play at this level for all six rounds, you deserve to be the leader! We took 1st place in the group, which is a great achievement.” 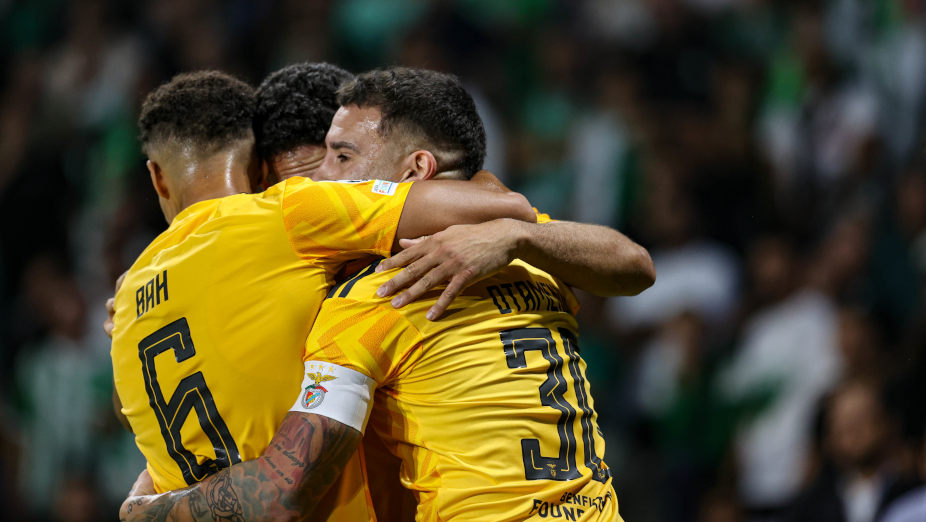 “THE MOMENT” WHEN YOU DREAM HIGH

“The goal was to win. It’s not about winning by a wide margin and scoring because we respect the opponent and we know it’s very difficult to play against Maccabi Haifa. I have a lot of respect for everything they’ve done in this group. I really appreciate their style of play, they were always brave and never hid. They can be proud of themselves! But in the second half we had a “moment” in our favor and with the 4th and 5th goals the players believed … they knew before the game what they could do and what we had to do to get through and in the last minutes we did everything to score. João Mario took charge and scored the 6th. We did it, it’s part of football, especially when there’s an opportunity to achieve something special.” 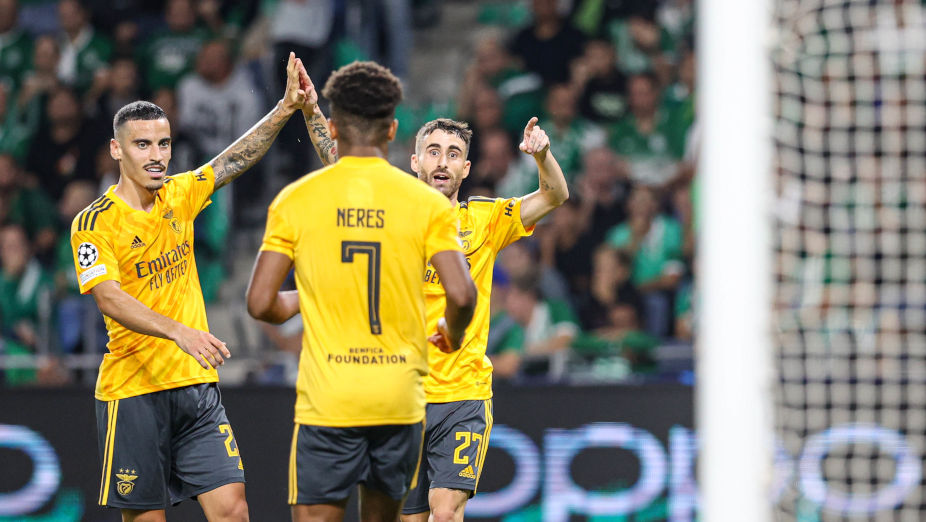 “[Vantagens de vencer o grupo] I think it’s very clear… When you’re first, you have several advantages because you play against the runner-up and in the second game, the 2nd match of a draw. [dos oitavos de final] and at home. This is important, but not only. This is important both for the players and for the prestige of the Club. This is a real feat. Right now we are focusing on other competitions because the Champions League will be suspended until mid-February. We are very happy that we took 1st place. This is a great achievement!” 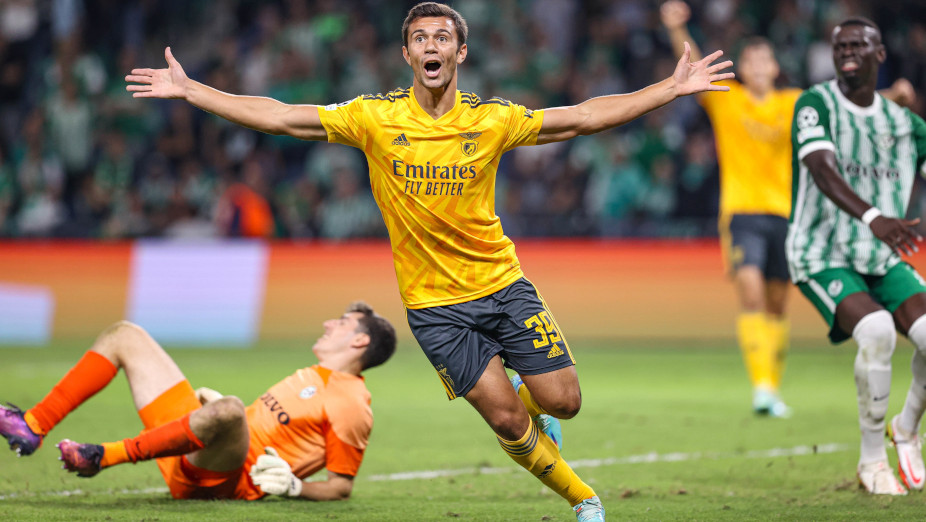 HAPPINESS AND CONFIDENCE…FOCUSED ON SUNDAY

“We had a good group stage, we must remain humble and continue to respect everyone. opponents in the eighth and they have a lot of quality. We have done our best, we feel very confident in what we have achieved at this stage, we are pleased with the achievement achieved and the Champions League is now suspended. We have to prepare and think about Sunday’s league game. [jogo com o Estoril].” 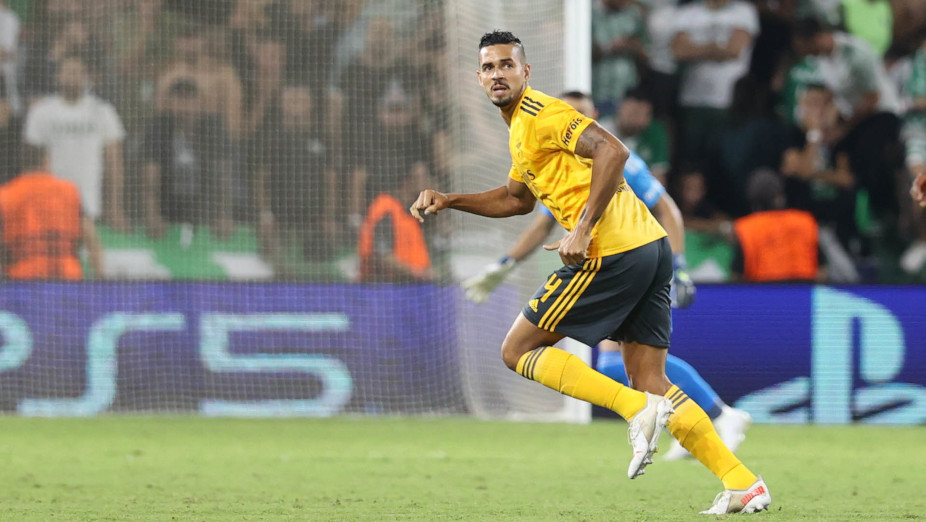 REPLACEMENTS WERE KEY: EVERYONE COUNTS!

“We can count on all the players! Substitutions were the key to today’s victory, to being at the top of the group. I am very pleased with the game of all. We didn’t make big changes but they trained and prepared and they showed it today. There were a lot of good moments… it was also Enrique’s first goal [Araújo] in the Champions League and I’m very happy to have Lucas Verissimo back after a year away.”

“We’ll see, I’m not sure yet, but Goncalo [Ramos] he has a problem with his ankle and Fredrik [Aursnes] I had hip problems. We didn’t want to risk it, hence the substitutions, it had nothing to do with the game itself.”

BALL – Former Benfica player praises Abel: “They even talk about him as a coach…” (Brazil)

See also  Long-term low of Vertongen, failure of the playoffs of the champions and only in September :: zerozero.pt
Continue Reading