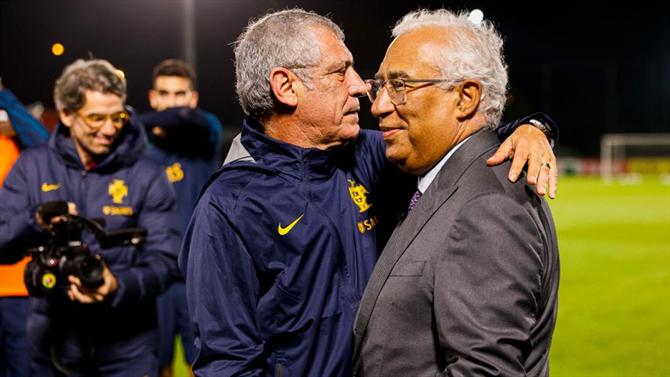 The prime minister said this Friday that the Portuguese political leaders will be at the World Cup in Qatar “to support the national team, not to violate human rights or discriminate against women.”

The position defended by António Costa at a joint press conference with Brazilian President-elect Lula da Silva in Sao Bento, after being interrogated about the differences between the President of the Republic, Marcelo Rebelo de Sousa, the Prime Minister himself and the President of the Assembly of the Republic, will travel to Qatar to accompany the Selection under the command of Fernando Santos.

“The World Cup is what it is and what it is. We all have a position in Qatar, but our choice in the competition is that we were one of those who qualified,” said António Costa.

Subsequently, the leader of the executive branch separated politics and football, retaining the idea of ​​Marcelo Rebelo de Souza, himself and Augusto Santos Silva, chairman of the Assembly of the Republic, who oversees the games of Portugal in the Middle Eastern country.

“The World Cup is in Qatar, and when we go there, we will definitely not support the regime, the violation of human rights and discrimination against women. We will support the national team, the team of all the Portuguese who wear our flag,” he said.

However, the executive leader has gone even further in defense of this principle, linked to “unreserved support” for Cristiano Ronaldo and company. “We support in Qatar, France, India, China or Russia. We always support, wherever the team is. And we are always with our team, because it carries our flag,” he stressed.

″The connection with FC Porto will always be eternal″

BALL – Benfica win without a coach on the bench (handball)