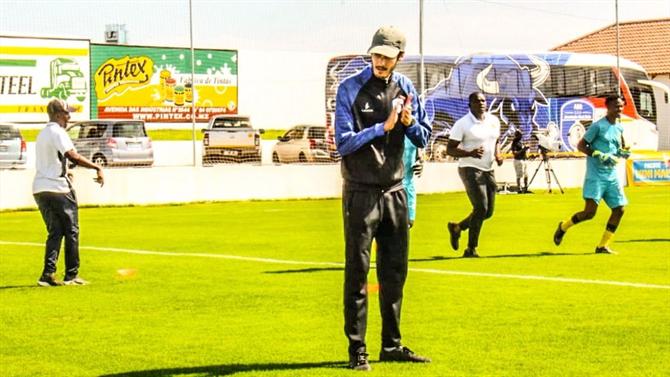 Yellow sign for Black Bulls! It’s just that if their scores at the beginning of the 20th round of the Mozambican Football Championship were somewhat confused, now they are even more confused, which increases União Desportiva do Songo’s hopes of winning the title and only a thin thread for the scheme, which was coached by the Portuguese Inacio Soares, is still dreams of renewal.

And all this happened because of a duel, which some did not trust as a “friend”, but which ended in a skirmish that left no doubt about its authenticity. We mean the “Portuguese” match between Inacio Soares and Nelson Santos in Chumen, the outcome of which – equality by two goals – severely punishes the “bulls”, now one point from the leader of the UD Songo, but one game less.

This Sunday at Chumen, Ferroviario de Nampula stressed that he was actually there in search of victory. And, to everyone’s surprise, in less than a quarter of an hour they were already winning 2-0, goals from Isak, in the eighth minute, and Celito, in the 14th minute. and the resilience of his players, went in search of goals and ended up scoring two goals for Nene (38 minutes) and Kadre (86 minutes).

Those who, of course, were jumping for joy over this failure of their top contender for the title are UD Songo, who only enter the fray on Wednesday. However, he does not travel peacefully, since the terrain (Chiveve caldeirão) is traditionally difficult for everyone, and Ferroviário da Beira, far from the first places, does not want to be the bass drum of the party, as his namesake from Nampula denied being against the Black Bulls.

Meanwhile, after the removal of their coaches, while Ferroviario de Maputo is rising, Costa do Sol is moving on the opposite trajectory, even losing to the opponent. On this journey, the Locomotives beat Matchedje de Mocuba 3-0 with goals from Shaquille (29ft), Maxwell (75ft) and Hugo (91ft), with Canarinho losing at the sugar cane field to Sinawane Inkomati. unanswered goal, Pedo’s goal in the 40th minute.

Associação Desportiva de Vilankulo, who are fighting hard to stay in Mosambol, hosted and beat Ferroviario de Nacala with Betinho’s goal in the 72nd minute.

This Monday registration for the match between Liga Desportiva de Maputo and Ferroviário de Lichinga.

Results of the 20th round: