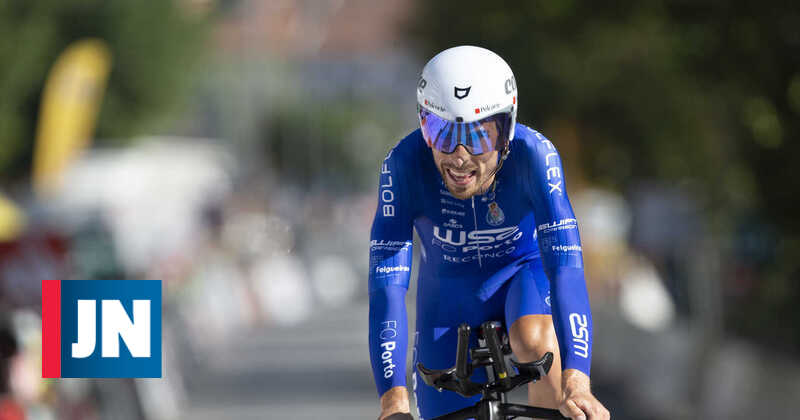 W52-FC Porto withdrew their intention to register as a continental team for the following season in a letter addressed to the president of the Portuguese Cycling Federation (FPC), to which Lusa had access.

“Adriano Teixeira de Souza, as President of the Board of the Association Calvário Várzea Clube de Ciclismo (Quintanilla), following cases pending before the competent authorities, the timing of which cannot be determined and which prevent the maximum benefit from cycling. “I hereby ask Your Excellency not to pursue the intention of creating a professional continental team W52-FC Porto 2023,” reads the letter sent to Delmino Pereira.

On October 5, the day after the Anti-Doping Authority of Portugal (ADoP) suspended seven W52-FC Porto cyclists, the FPC announced that it had postponed the decision to apply this structure to the status of a continental team in 2023. , following a request for “new data” from the International Cycling Union (UCI).

At the end of April, 10 W52-FC Porto runners were charged, and the team’s sports director Nuno Ribeiro was even arrested, as well as his deputy José Rodriguez during Operation Clean Test, who was in charge of the Department of Investigation and Criminal Affairs (DIAP) of Porto.

During the police operation, “various substances and clinical instruments were seized that were used in the training of athletes and influenced their athletic performance,” the judicial police specified.

Joao Rodrigues, winner of Volta a Portugal 2019 and Volta ao Algarve 2021, was the cyclist who received the most severe sanctions: the 27-year-old rider from the Algarve will serve seven years of suspension, four of which are imposed by the UCI. for anomalies in the biological passport, and three more years under the ADOP, for “possession of a prohibited method.”

Rui Viñas and Ricardo Mestre, winners of the Tour of Portugal in 2016 and 2011 respectively, were sentenced to three years for “possession of prohibited substances and prohibited methods” for the same reason that the ADoP brought suspensions for the same period. Ricardo Vilela, Daniel Mestre, José Neves and Samuel Cadeira.

Vinhas and Daniel Mestre, winner of the 2019 Tour points classification, were penalized for possession of betamethasone (a corticosteroid), while José Neves, national champion in 2021 and winner of this season’s Douro International Grand Prix, Ricardo Mestre and Ricardo Vilela. they had growth hormones.

Like Mestre and Vilela, Samuel Cadeira, who was the “captain” of the away team, also had somatropin and growth hormone, as well as insulin.

The ADoP reduced the suspension of seven cyclists from four to three years for “confession”, in contrast to what happened to Joni Brandão, José Gonçalves and Jorge Magalhain, as well as four elements of the team’s “staff”, including Nuno Ribeiro, all of them were preemptively suspended by that body, whose trials are still ongoing, a source connected to the trial told Lusa.

Amaro Antunes, a three-time Volta champion (2017, 2020 and 2021), is the only one of the cyclists associated with W52-FC Porto in the 2022 season who has not been suspended and has even signed an agreement to represent the team next year.