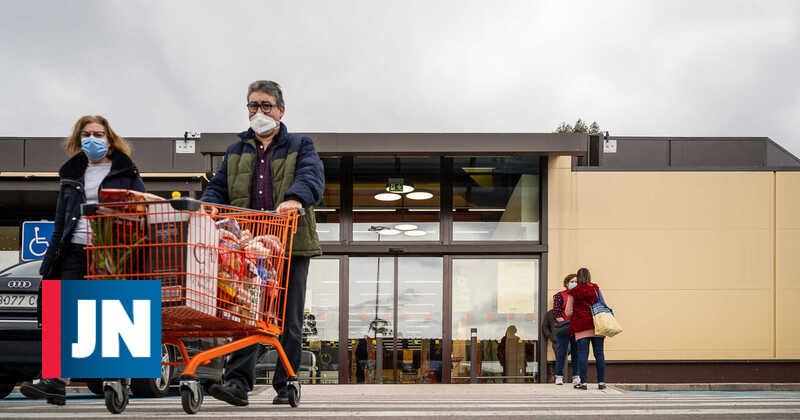 Food products occupy more than 20% in the consumer basket. Lisbon suffers the most from the cost of energy, with the North just behind it.

The inflation rate in Portugal, measured in September this year compared to the same month in 2021, jumped to a three-decade high of around 9.3%, the National Statistical Institute (INE) said yesterday, thus confirming its first estimate made at the end of September. September.

Economy INE confirms inflation at 9.3% in September, the highest level since October 1992.

But the national rate has different grips. On Thursday, INE detailed inflation data on the various impacts of cost-of-living increases by region, by type of consumption, etc. Records were broken here too.

The northern region is the most affected in the country by the rise in prices in terms of the costs associated with the final consumption of essential goods. In the North, the average food price rose by 17.7% in just the year to September last year. The national average is 16.4%. The second most expensive region is the Lisbon metropolitan area, where food inflation is 16.6%.

It should be noted that the group labeled “food and non-alcoholic beverages” has the highest weight in the standardized basket used to calculate the consumer price index (CPI). This costs about 22% of the expense in question.

In regions with higher density of poverty and inequality, the weight of food consumption obviously tends to absorb most of the expenditures of households and final consumers.

So the higher inflation here, the greater the pressure on families to put families in increasingly difficult situations in managing their current budgets.

The other CPI item that carries the most weight is, of course, energy commodities, which include light, gas, diesel, gasoline and heating fuel.

End-users in Greater Lisbon are the hardest hit, with annual inflation in this class of 23.9% in September.

National inflation is 9.3%, but hides other realities. Food costs 16% more, with the North leading at 18%.

The northern region appears to have been hit hard, lagging by a few tenths, with annual inflation of 23.1% and above the national average of about 22.2% in energy, according to INE.

There are clear signs that regions with more tourism and people in transit could be plagued by sharper price increases.

With a heading nationally outpacing inflation measured in September, it’s no surprise that “restaurants and hotels”: according to INE, prices rose almost 18% year-on-year in this industry group. This is almost twice the average inflation in the country (9.3% mentioned above).

Shortly speaking. Portugal is currently registering an inflation that already exceeds 9%. The Lisbon metropolitan area leads this globally with a superlative of 9.9%. In the north of the country, the overall increase in prices will be 9.4%.

The least affected regions, albeit with high inflation in the history of the last decades of the euro, are the Azores (6.4%) and Alentejo (7.6%).

Given the existing price dispersion, it is clear that the averages on which government budgets are based can be distortive or serve one less than the other.

The new government budget proposal for 2023 (OE2023), released earlier this week, projects that national inflation will remain at 7.4% this year and drop significantly in 2023 to 4%.

Impact on cost of living

The average pensioner from the Nordic region or Lisbon may already be facing serious erosion of their purchasing power. It is enough to see that inflation in these two regions exceeds the national average. The same problem arises in the case of the expected increase in the minimum wage in the country.