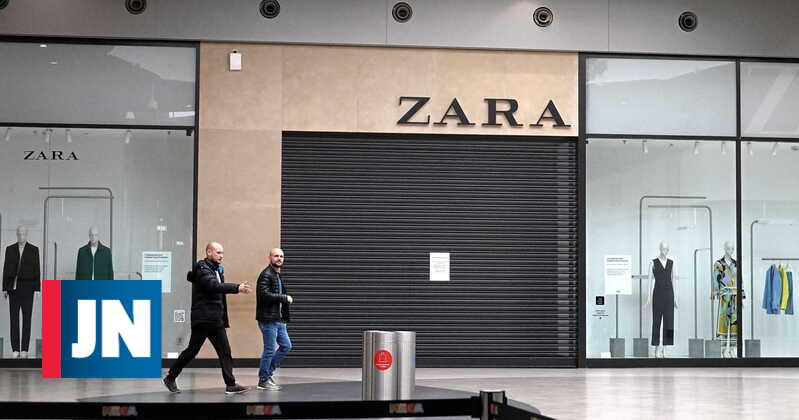 Inditex founder and major shareholder Amancio Ortega will receive a total of 1,718 million euros in dividends from the company this year, with the final shareholder award of the year of 859 million taking place on Wednesday.

The more than 1,700 million euros that the businessman will receive this year in dividends from the Galician textile group exceed the 1,294 million euros raised last year, Europa Press reports today.

In total, the company, which owns brands such as Zara, Bershka, Stradivarius and Pull and Bear, will pay its shareholders 2,898 million euros this year after a dividend increase of 33% to 0.93 euros per share, including the usual dividend of EUR 0.63 and an extraordinary dividend of EUR 0.30 per share.

The payment of this dividend will be made in two equal installments: one already exercised on May 2 at 0.465 euros per share, and the other for the same amount will be paid by the company on Wednesday, November 2.

In addition, Inditex’s board of directors has decided to allocate an extraordinary dividend of €0.40 per share for 2022, which will be added to the regular dividend that will be distributed during 2023.

The founder of Inditex, who will receive almost 860 million euros in dividends on Wednesday through Pontegadea Inversiones and Partler, with whom he controls 59.294% of the textile group, which is equivalent to 1,848 million shares, will invest part of the dividends received in the real estate sector.

Ortega owns the largest Spanish real estate company specializing in the purchase and management of large properties, with a portfolio of assets consisting mainly of non-residential office buildings located in the center of major cities in Spain, the UK, the US and Asia. .

One of her latest transactions was the purchase of a high-end multi-unit skyscraper in New York for nearly $500 million (505 million euros).

This year, the founder of Inditex has already bought an office building in Glasgow, Scotland for £200m (around €237m) and the iconic Royal Bank Plaza skyscraper in Toronto, Canada for around CAD$1,150m. (more than 874 million euros).

The buildings are in addition to other logistics assets acquired in the US: a $35 million (about €34 million) FedEx-occupied platform in Menomonee Falls, Wisconsin, and a distribution center in Philadelphia, Pennsylvania. , worth 148 million dollars (about 147 million euros).

For her part, her daughter Sandra Ortega, who owns 5.053% of the Galician company, will receive more than 146 million euros in dividends from Inditex this year, half of which also this Wednesday.

The world’s largest wind farm is in China’s sights and could power 13 million homes.

See also  TAP confirms it will not return 3.2 billion euros to the state
Continue Reading

See also  Cryptocurrencies in a significant decline! Find out the reason this time