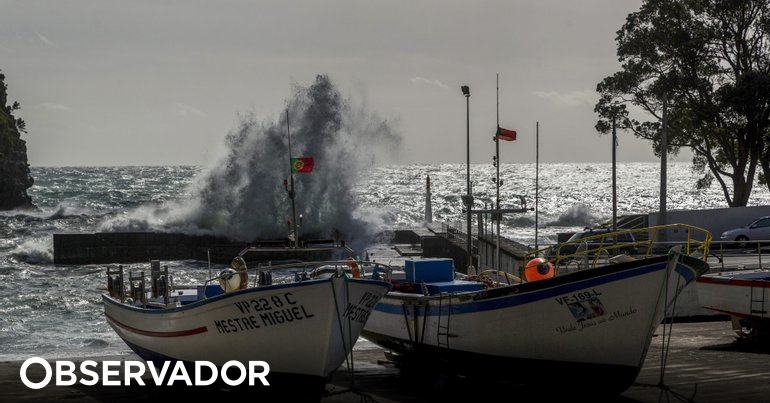 Portugal’s marine spatial planning plan was approved in 2019, but more than 50% of national waters still do not have a “sustainable marine activity management plan,” according to a report published this Monday.

Although Portugal received the highest score (46.2%). of the four, “its performance is still below” what WWF considers necessary to classify the country as “partially successful,” contributing to the lack of a specific plan for the Azores.

The MSPs of various countries were ranked in four categories – nature inclusion, socio-economic performance, effective ocean management and the extent of the marine spatial planning process – and on average for each country, Spain ranks second. (39.6%) followed by France (34.2%) and Ireland (32%).

Portugal, which has the largest undivided exclusive economic zone in the EU, was one of the few countries to submit marine spatial planning plans within the deadline set by the European directive that required them, but a national MSP has not yet been applied in the Azores. , representing 57% of Portugal’s EEZ.

The WWF report explains that at the time the Portuguese MSP was being developed, the regional governments had to deal with the most remote regions, Madeira and the Azores, and that in the case of this archipelago, the start of the process was delayed. .

Delay “undermines the country’s ability to meet the targets for the protection and renewal of the marine environment, as set out in the European Union’s Biodiversity Strategy.”indicates that.

“In addition to their size and geo-strategic military importance, the Azores have “unique and fragile marine ecosystems and blue corridors” (migration routes) that house their waters “some of the highest cetacean biodiversity on Earth, with 28 species of different species. recorded, including blue whales and sperm whales.”

At the same time, the archipelago has a “diverse and growing array of marine activities, including fishing, tourism and scientific research, as well as other emerging industries such as biotechnology and renewable energy”, and is expected to host the largest protected marine area. (AMPA). ) of Portugal, the study says, to highlight the importance of its MSP, whose process, now in the hands of the national government, entered the “development and stakeholder consultation phase” at the time of the WWF report.

“France, Portugal and Spain should accelerate the MSP process for their outlying regions to ensure that their unique natural heritage is preserved in the face of global and regional challenges such as rising sea levels and overfishing.”

In the French case, French Guiana, Guadeloupe, Martinique, Mayotte, Reunion Island and San Martin are at stake, and in the case of Spain, the Canary Islands.

According to the WWF report, the way forward for these four states is to “apply a long-term ecosystem approach to marine spatial planning that ensures that the cumulative impact of human activity remains within ecological limits in all exclusive economic zones, including the most remote regions.” “.

As well as encouraging and improving “participatory and stakeholder engagement processes for better governance and legitimacy of adopted maritime strategies”, as well as improving “cross-border cooperation between EU Member States” and cooperation with neighboring countries that are not members of the European bloc, so that maritime space plans were consistent and coordinated throughout the region.

The international non-governmental organization also analyzes in the MSP study the member countries in the North Sea (Germany, Belgium, Denmark, the Netherlands and Sweden), concluding that national plans in both regions do not guarantee a “sustainable blue economy in the EU” and nature restoration.

The report points out that none of the plans analyzed provide a good answer to the uncertainty of climate change, “despite the fact that high sea temperatures already hampered mackerel and Atlantic salmon catches between 1989 and 2017.”

“The science is clear: climate and biodiversity crises have been affecting fisheries in the world’s largest fishing market for some time now,” said Antonia Leroy, head of ocean policy at WWF Europe, quoted in the report’s press release. .

Leroy believes that “Member States whose economies depend on healthy seas” are “short-sighted” and ignore this “reality in how they manage their maritime areas”, adding that they are “irresponsible (…) for workers, as directly , and indirectly. supply chain.

“A radical overhaul of future planning processes is needed to mitigate the effects of crises and protect our blue economy,” he argues.

we tried the new Woo service with iPhone

See also  Disney World reopens: Acquire an inside of glance at the Magic Kingdom
Continue Reading