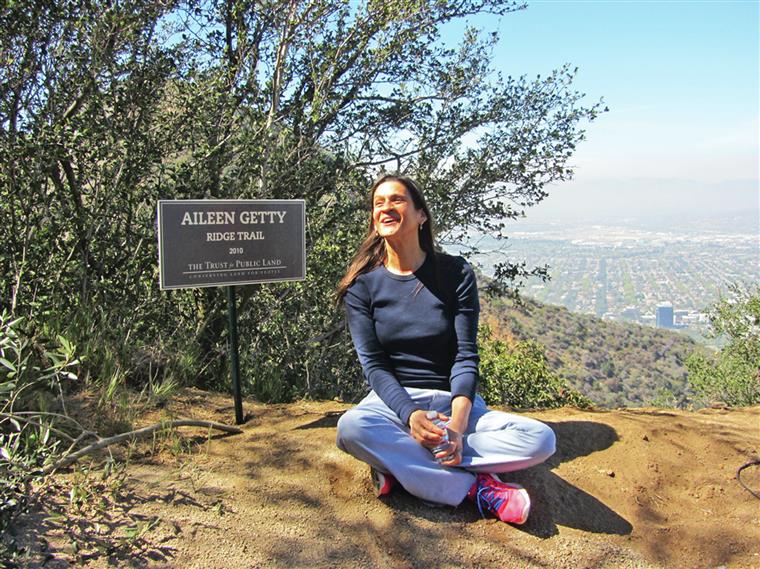 Two weeks ago, two Just Stop Oil activists poured tomato soup on Vincent van Gogh’s “Twelve Sunflowers in a Vase”, which is on display at the National Gallery in London. Goal: Put an end to new oil or gas exploration projects in the UK.

The Just Stop Oil movement, notorious for wanting the British government to issue an immediate halt to any new oil or gas project, has gained attention precisely by targeting art in museums.

What is more important, art or life? Do they care more about protecting the work than protecting the planet and people?” asked the activists, who on Saturday were officially charged with the crime of vandalism and aggravated trespass, who were present at Westminster Magistrates Court. “Millions of hungry and cold families cannot afford butter, they cannot even warm up a can of soup,” they denounced.

But the most curious thing is to understand who is behind these organizations. That is, who directly finances them. Funding for the Just Stop Oil group comes from the Climate Emergency Fund (CEF), an organization founded by wealthy Americans in 2019 in Los Angeles, according to El Confidencial.

Although it has opened a donation channel – with 323 donors and having raised just over £2,000 since the action against the painting – the group receives money from the organisation, which has distributed up to $4 million to 39 activist groups, according to its official website. , “bold and ambitious”. In addition to Just Stop Oil, CEF has also funded Extinton Rebellion and Insulate Britain.

Who is Eileen Getty?

According to a Spanish newspaper, one of the promoters is Eileen Getty, who also founded the Eileen Getty Foundation, on whose website you can read that one of her concerns is climate. The businesswoman is the daughter of John Paul Getty Jr., a philanthropist and millionaire, and the granddaughter of John Paul Getty, one of the richest men of all time and founder of the Getty Oil Company. John Paul’s father, George Franklin Getty, was one of the pioneers of the US petrochemical business. Thus, we have a paradoxical family: the grandfather created an oil exploration company, and the granddaughter wants to close it.

In addition to the oil business, the family is one of the largest art collectors in the world. His grandfather, John Paul, created the Getty Museum in Los Angeles and, at the time of his death in 1976, bequeathed $661 million to the institution.
According to the CEF website, 65-year-old Eileen Getty “dedicated most of her time and resources to supporting projects that provide urgent solutions to the climate emergency.”

In addition, he supported various causes, including housing – he founded Gettlove, a non-profit organization “created to find, locate and maintain homes for the countless homeless people who are part of the Los Angeles community.” The heiress is also a member of several non-profit associations such as the Foundation for AIDS Research and is an ambassador for the Elizabeth Taylor AIDS Foundation.

The daughter of Jean Paul Getty II and his first wife Abigail Harris, her childhood was marked by drug use at home and the kidnapping of her older brother in Rome by the Calabrian mafia in 1973. At the time, to resolve the drama, his grandfather agreed to give only part of the ransom (and at cost), arguing that paying the amount demanded by the kidnappers would encourage other acts of the same kind, and he charged his own son interest for the rest of his life. In the end, John Paul was released without an ear. The nightmare did not end, and at the age of 25, the boy suffered a stroke that permanently weakened him.

See also  Summary of "Lua de Mel": Bernardo runs away with Ze and Alice from the country

In an interview, Eileen Getty even revealed that she was sexually abused by her mother’s partner.
It was at the University of Southern California that she became interested in humanitarian issues – she became an active participant in the protests against the Vietnam War – as well as in sex and drugs, especially cocaine. According to El Mundo, the businesswoman is currently clean of all vices.

Demonstrations like those recorded in a London gallery took place around the world, with activists resorting to art actions in protest. In July, for example, these activists glued themselves to the frame of a copy of Leonardo da Vinci’s The Last Supper at London’s Royal Academy of Arts and to John Constable’s Hay Cart, another National Gallery icon. Three days before the Van Gogh painting’s tomato bath, Extinction Rebellion activists, another climate change protest movement, broke into the National Gallery of Victoria in Melbourne, Australia and glued their hands to Pablo’s Korea Massacre. Picasso.

In August, two other activists from the German organization Generation Letzte glued themselves to the frame of the Sistine Madonna by Italian artist Rafael Sanzio at the Old Masters Gallery in Dresden, Germany. In Italy, two activists from Ultima Generazione, the Italian branch of Extinction Rebellion, hit a statue of Laocoön in the Vatican Museums. In July, they did the same with Sandro Botticelli’s spring glass at the Galeria dos Ofícios in Florence.

See also  Carolina Deslandes and her boyfriend enter a relationship
Related Topics:
Up Next

Maria Sampaio has a daughter! Here are the first pictures of the baby

See also  Summary of "Lua de Mel": Bernardo runs away with Ze and Alice from the country
Continue Reading

See also  Find out which of the new competitors they want to kick out?
Continue Reading