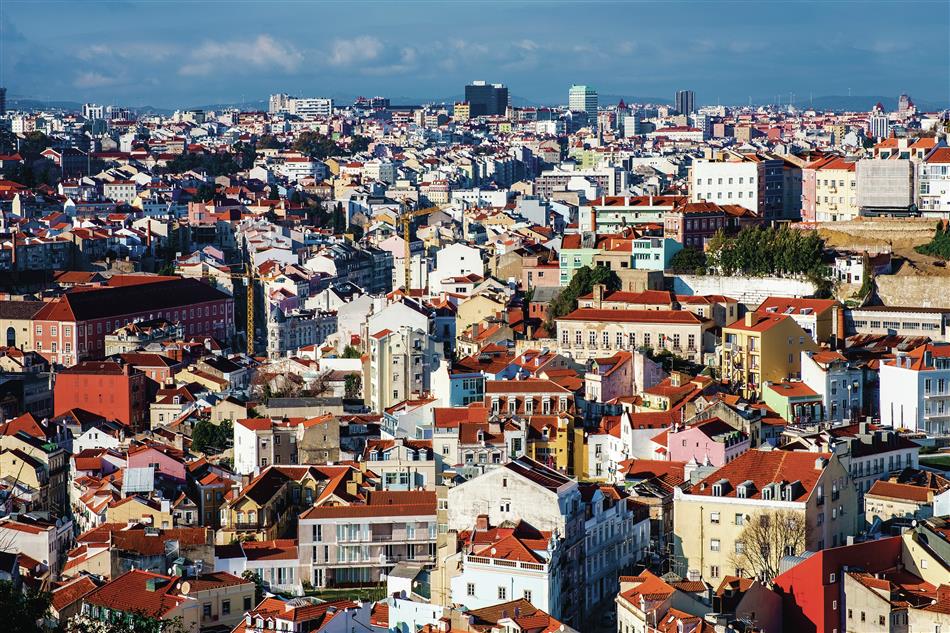 Again sound the alarm around a new increase in interest rates by the European Central Bank (ECB). This is the third ascent this year, and the meeting is scheduled for tomorrow. According to experts heard by i, everything indicates that the organization led by Christine Lagarde will once again choose the most pessimistic scenario: a 75 basis point increase. All to try and stop the escalation of inflation.

An increase in interest rates will affect Euribor rates, which will also rise, making credit more expensive, for example, by increasing monthly mortgage payments. A situation that will also have implications for those who are thinking about applying for a loan.

What does this mean? In an analysis by ComparaJá.pt for oi, for a property worth 125 thousand euros due in 33 years, if the installment in June 2020 was fixed at 383.11 euros per month, this value rose to 423.87 euros in July this year and for 432.09 euros in August. If you combine this installment with the predicted increase in interest rates, you will pay 481.27 euros in November. That is almost 50 euros more per month – and 100 more than two years ago.

João Melu, director of the platform, recalls that “never in the history of banking have Euribor rates risen so much in such a short time, and the Portuguese have already begun to feel the exponential growth of loan premiums in their portfolios.”

Regarding the future and trends in banking, he guarantees that “it is difficult to predict what will happen, but everything indicates that interest rates will continue to rise.” In addition to this increase, one must count on “inflation in the economy and the constant increase in the prices of electricity and gas, which contribute very little to the financial well-being of the Portuguese.”

What to expect? Ricardo Evangeliste, senior analyst at ActivTrades, has a hard time predicting what the trend will be until the end of the year, but he reminds that the market expects the benchmark rate to reach 3% when the current up cycle ends in February. .

“The 75 basis point increase expected this Thursday will take that to 1.75%. Since we have three more monetary policy decisions before the end of February, the next increase could be either 0.75 or 0.5 or even 0.25%,” he tells our newspaper.

The official guarantees that the impact of the ECB interest rate hike will be felt on Euribor rates, which will also tend to rise, making credit more expensive. “Such a scenario would be negative for those paying mortgages and not opting for fixed rates,” he guarantees.

Enrique Tome, analyst at XTB, also believes that after this projected 0.75% hike this Thursday, the ECB should raise interest rates again by the end of the year, but this time by 0.50%. “But these are just forecasts and they are subject to change if inflation continues to show signs of resilience,” he analyzes.

He adds: “With the increase in base rates, it is expected that all other rates will also increase, namely the Euribor rates. Portuguese who have floating rate mortgages (which is more than 90% of mortgages in Portugal) will be punished by increased bank fees.”

Paulo Rosa, economist at Banco Carregosa, is also betting on a 0.5% rise at the next meeting, but recalls that until then Euribor-related interest rates will reflect this expected rise for the evolution of the ECB’s monetary policy and related rates . , interest on your deposits.

interest against inflation Enrique Tome recalls that raising interest rates is the most frequently used instrument of the banks to fight inflation. “By raising interest rates, central banks manage to cool economic activity, ultimately containing the effects of inflation.” He adds that “this is not the only option, but of all possible it is the least” aggressive “.

However, he acknowledges that the decision could jeopardize growth targets. “This is the price you have to pay to stop inflation: a decline in economic activity that ultimately hurts GDP.” However, he adds that these measures do not always lead to periods of deep recession.

“Most of the time we see short periods of GDP contraction (recessions) that serve to balance prices in the economy. Despite everything, the economy is strong at the moment, and although banks have bet on a sharp increase in interest rates, there are still no concrete indicators that this increase could lead to a deep recession.

Ricardo Evangelista recalls that higher interest rates affect demand, which helps control price increases, but this is not enough. “Some of the inflation we’re feeling right now is supply-driven, especially in energy. It is not enough to raise interest rates alone, as exogenous factors also influence this phenomenon.”

But he warns: “Higher interest rates cause investment and consumption to decline, which also has a negative impact on employment.”

Paulo Rosa is more pessimistic, pointing to a scenario of stagflation similar to that which took place in the 1970s: “It is true that the war in Ukraine further accelerated energy inflation and worsened food prices, but in fact inflation in the Eurozone is becoming more widespread, and service prices have also followed this continuous rise in prices. The possible replacement of some purchasing power after a significant drop in household disposable income, namely by employees, also increases the likelihood of a wage/inflation spiral, increasing the likelihood of a stagflationary scenario.”