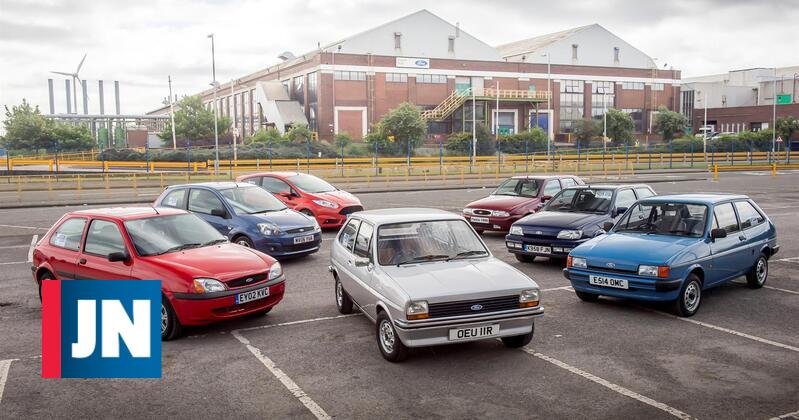 This is the end of one of Ford’s most popular models. After 46 years of operation and sales of about 20 million units, the Fiesta is expected to roll off the production line in the middle of next year, to be replaced by an electric model that will be built at the same factory in Cologne, Germany.

Despite the fact that there is still no official brand announcement, this year the first signs of the disappearance of the three-door version of the model have already appeared. In addition, with the seventh generation on the market since 2017, the end of the model’s life was approaching, and nothing was known about its successor.

It could arrive next year as an electric crossover built on the MEB platform that the Volkswagen Group uses for its 100% electric models under an agreement between the two manufacturers. Since the platform is used in the VW ID.3, the dimensions of the future Ford will be between those of the Puma and Focus, which means it can hardly be considered a successor to the Fiesta.

The original design of the Ford Fiesta was approved in 1972 by Henry Ford II and the car was the smallest American manufacturer model designed by Tom Tjaarda (author of the timeless De Tomaso Pantera and Fiat 124 Spider).

If the will of the marketing department had been avenged, the little Ford would have been called Bravo, but the opinion of Henry Ford, assisted by General Motor, prevailed. At the time, Oldsmobile used the name “Fiesta” for one of their vans, but the name was given to Ford for free.

A year later, the Fiesta project was approved, on which Ford engineering centers in Italy and England worked, and in September 1976 the first cars began to be sold in France and Germany.

Equipped with engines of 957, 1117 and 1597 cc. cm and power from 40 to 84 horsepower, the Fiesta was originally sold only in a three-door version with a four-speed gearbox.

The second generation arrived in 1983, and with it the diesel version and the famous 96 horsepower XR2 with an attractive body kit.

It was not until 1997 that the first five-door Ford Fiesta appeared, and the model’s portfolio included seven gasoline engines (the most powerful produced 130 horsepower) and one diesel engine.

The Fiesta has also had a long sporting career, especially in rallying, winning many races including Rally Portugal in 2017 when Ford became World Rally Champion.

The success of the Fiesta led the brand to produce it in Germany and the UK. Spain, Brazil, Argentina, Venezuela, Mexico, Taiwan, China, India, Thailand and Africa.

Elon Musk walked into Twitter headquarters with a sink

Housing loan. The installment plan could grow by more than 100 euros

See also  Mercadona begins the conquest of Lisbon, and this is for every taste