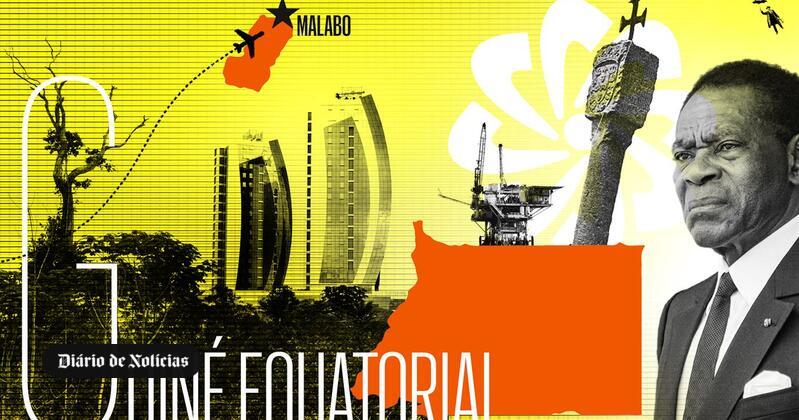 The Portuguese seed has remained in this territory, even if speaking Portuguese is still a mirage. Portuguese navigators were the first Europeans to explore the Gulf of Guinea in 1471, when Fernand Poe marked the island of Bioko on European maps while looking for a route to India. In 1493, King John II proclaimed himself, along with the rest of his royal titles, Lord of Guinea and First Lord of Corisco. The Portuguese colonized the islands of Fernand Po, Ano Bom and Corisco in 1494 and turned them into slave trading posts. The islands remained in Portuguese hands until 1778, after the Treaty of Santo Ildefonso (1777) and the Treaty of El Pardo (1778), which ceded them to Spain, along with free trade rights on parts of the coast of the Persian Gulf. Guinea, washed by the rivers Niger and Ogue. In return, Portugal received peace guarantees in several spheres of influence in South America, such as the Spanish withdrawal from Santa Catarina and the demarcation of borders in Brazil, but renounced Colonia del Sacramento and rights to the Marianas and the Philippines. . . . In 1909, the Spanish colonies of Elobei, Ano Bom, Corisco, Fernando Po and Continental Guinea were united under a single administration, forming Spanish Guinea, which became an independent state six decades later (1968). Thus, modern Equatorial Guinea is the only country in Africa where the official language is Castilian. However, the most common languages, Fang and Pidgin, are not official languages. Although Equatorial Guinea has declared French and, more recently, Portuguese as official languages, they are not spoken in the territory. However, the island of Ano Bom still uses the so-called Fa d’Ambo, i.e. falar de Ano Bom, a Portuguese-based creole that is very similar to the Sao Tome and Principe dialect. The remaining members of the Community of Portuguese-Speaking Countries (CPLP) – Equatorial Guinea was admitted in 2014 as a full member, subject to the abolition of the death penalty – remain to make efforts to spread the teaching of the Portuguese language to the countries, namely by welcoming students. Following the recent discovery and exploitation of oil and gas resources, the country is investing heavily in the public works sector and urban planning. It was in this context that the new capital in the province of Djibloho was designed, originally called Oyala and renamed Ciudad de la Paz. It is located about 20 kilometers from the new Montgomeyen Airport and is served by nationwide structured sidings. The Vele River is a natural element that organized the orthogonal layout of the road infrastructure, accompanied by both the landscaping of existing waterways, along which the main recreational and entertainment facilities are located, and the strong presence of vegetation throughout the City. The concept is a network of centers and provides fundamental solutions for the environmental sustainability of the city, aiming to become the first capital in the world completely dependent on renewable energy sources. And, in addition to these attributes, the creative potential of Portuguese urban planners and architects will be noted on this African land, because they have become winners of an international competition. The language of architecture also contributes to the strengthening of ties between peoples. This city was born out of President Teodoro Obiang Nguema Mbasogo’s personal interest in building a model city. Having the Avenue of Justice as the main axis can only lead to greater social justice for its population based on a new economic structure under the sign of oil and gas.

Jorge Mangorrinha, University Professor and Research Fellow in Tourism, writes an essay on memory through fragments of travels made by air, sea and land, as well as through views, reading and conversations between a dream that became reality and a reality that became reality. . Fascinating journeys described by the only Portuguese who, to date, expressed in figurative words what he feels for all the countries of the world. The series to read is here in the digital edition of DN.

See also  Another mysterious radio explosion in space repeats a pattern. This one happens every 157 days
Continue Reading