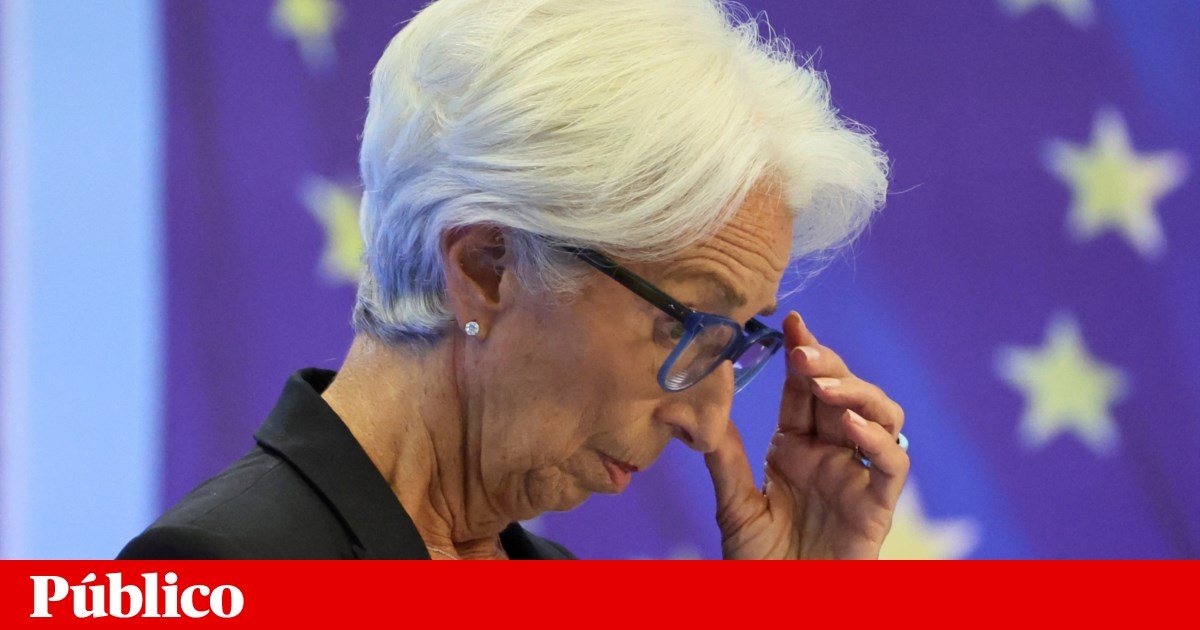 Fulfilling market expectations, the European Central Bank (ECB) returned this Thursday to raise benchmark interest rates by 0.75 percentage points. This is the third strong change in rates in the euro area in a row, confirming the growing need for monetary authorities to take action to limit the escalation of inflation. For the Portuguese, the consequence is a deterioration in installment loans paid to banks.

Last July, after a long period when rates were set at historic lows, the ECB began the process of raising interest rates. While, ascent amounted to 0.5 percentage points.

Climbing in September was 0.75 points, the same dose is repeated now at the meeting in October. Further increases are expected in the coming months.

The organization, led by Christine Lagarde, is showing, with this massive new rate hike, that it is rushing to raise eurozone funding costs to higher levels. The idea is that the current high inflation must be prevented as soon as possible from being perceived by families and companies as permanent, which would change their behavior and help maintain inflation.

By raising interest rates, the ECB is trying to limit demand in the economy by depriving families (who now have to bear larger loan payments and have more difficult access to credit) the consumer power and investment power of companies. By cutting demand, the central bank hopes that equilibrium commodity prices will eventually fall, or at least not rise as much as they are now.

See also  The next BMW electric vehicles will have a range of up to 1,000 km

The problem is that by trying to control inflation, the central bank can also help push the economy into recession. There are signs of deterioration in the euro area, and this blow to demand from the central bank adds to the negative pressure on the economy.

In September, the inflation rate in the euro area reached 9.9%, which is the highest value since the creation of the single currency. In Portugal, the (harmonised) figure for the same period was 9.8%. On the economic side, while the euro area continued to show positive growth in the second quarter of this year (GDP change was zero in Portugal), economic growth is expected to slow down in the third and fourth quarters. turn out to be negative, confirming that the eurozone is already in a technical recession at the moment.

In addition to the negative effect that can be registered on economic activity, for Portuguese families and companies, the impact of this ECB measure is almost immediate, since the increase in the central bank’s base interest rates is reflected in the level of Euribor interest rates, which serve as an index for the vast majority of loans issued in the country.

This Wednesday, during the parliamentary debate on the draft state budget for 2022, António Costa criticized the strategy then the ECB in the fight against inflation. “Consecutive interest rate increases do not help contain inflation, they increase the risk of a recession in the European economy,” he said, which is another sign growing divergence in policy between the central bank and eurozone governments.

In addition to raising base interest rates, the ECB’s board also announced in a statement released this Thursday that it had decided to adjust the interest rates applied in the long-term loan program for eurozone banks during the pandemic (TLTRO III). ).

These loans were provided at very low interest rates, even negative ones, to ensure that liquidity flows into the economy, but now that the ECB’s policy objective is the opposite – the goal is for the interest rates applied on these loans to match interest rates. reference rates of the central bank.

Portuguese banks are among those who have benefited the most from this ultra-cheap ECB loan to get the funds they need, and now they can see these favorable conditions of access being phased out.

Christine Lagarde will explain the measures taken in more detail at a press conference earlier this Thursday.

Elon Musk walked into Twitter headquarters with a sink

See also  Starlink could be the victim of your success story

See also  The next BMW electric vehicles will have a range of up to 1,000 km