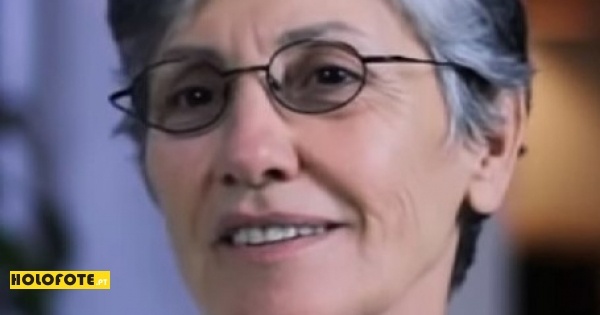 The 64-year-old actress gives a shocking speech on live television. Cassia Keys’ homophobic remarks are setting social media on fire, and some Brazilian media observers say her long career has been marred by prejudice.

She described herself as a conservative Catholic and attacked the LGBT community. Brazilian actress live Cassia Keys told the journalist Leda Nagle, who interviewed her, that the relationship between gays and lesbians destroys the family.

As you might expect, his words immediately sparked an outcry on social media. The reaction to the veteran actress’s ranting has caused many people to turn directly to Globo TV. Like this excerpt from Twitter: “What does TVGlobo need to fire and take Cassia Keys off the air? Do they tolerate blatant homophobia there? What if it’s racism? How many stupid things this woman said … “.

However, there were those who had a different point of view. In this sense, they considered that the actress who gives life to Sidalia in the soap opera “Travessia”, shown on the Globo TV channel, is unwell.

In fact, some people resorted to humor. There were even those who wrote that something supernatural had been found on the actress. Something from another world.

However, there are others who absolutely agree with Cassia Keys, who declared herself a supporter of Brazilian presidential candidate Jair Bolsonaro.

In the interview in question, the actress said that “traditional families” are threatened by “gender ideology” and that “schools have a ‘beijódromo’ for the children they belong to.

A reviewer for Brazil’s well-known digital news channel, Fefito, criticized the actress and concluded that “history shows that talent has never been synonymous with character or wisdom.”

He added, “There are many untold personalities who are known to be talented.” However, he continues, “It draws attention to the fact that in mid-2022, an actress with a career that would leave an important legacy prefers to be remembered for her biased statements rather than her work.”

However, the reviewer writes much more. She even says that what Cassia Keys said on live television is “totally unfortunate and far from understandable.”

Will the actress’ statements endanger her long career? For the reviewer, there is no doubt that “the actress missed the chance to become famous for what was most important to her: her work.” Regarding his long career, he said he was now “overshadowed by prejudice”.

However, he recalled Cassia’s long career, praising the roles she gave life to. In this regard, she recalls that throughout her long career, the actress has never lacked leading roles. And he remembered some, including the role of a serial killer in the telenovela Porto dos Milagres.

The reviewer wrote that Cassia Keys’ trajectory is “in dramaturgy, no doubt victorious”. However, “so many incredible works are in danger of being overshadowed by recent – and tragic – announcements.”

Nick Cannon’s 12th child is on the way. Alyssa Scott is pregnant again

“Real love”. In the hospital, this kiss from Shakira’s parents touches the net

See also  Marco Paulo updates his health status: "Doctors asked me not to try too hard"