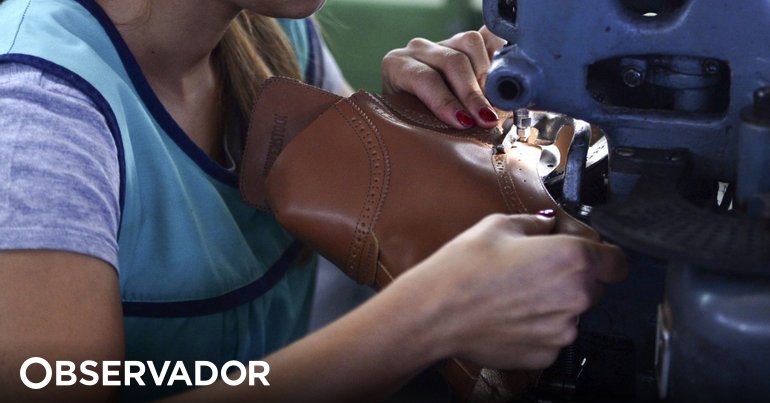 Forty-one Portuguese footwear companies are participating from Sunday to Tuesday at the industry’s premier international fair in Milan, Italy, determined to “consolidate business” after record exports hit in the first half of this year.

The delegation that will travel to MICAM will be joined by a group of more than 35 Portuguese companies – 13 shoe factories and 22 tanneries, one of the “largest Portuguese delegations ever” – with a prominent presence at Lineapelle, the most important international exhibition. dedicated to leather, accessories and shoe components, the 100th edition of which takes place from Tuesday to Thursday, also in Milan.

“MICAM is the main exhibition of the industry and is very relevant for national companies, as it gathers the largest players industry at a global level,” emphasizes the president of the Portuguese Association of Manufacturers of Shoes, Accessories, Leather Products and Substitutes (APICCAPS), which organizes Portugal’s participation in the events quoted in the statement.

According to Luis Onofre, the presence of the Portuguese at the fair “is of paramount importance for business consolidation at a time when the Portuguese industry is showing signs of vitality in international markets” and when he is convinced that 2022 will be “a year of strong confirmation”. Portuguese footwear in foreign markets”.

In the first half of this year, Portugal exported 40 million pairs of shoes worth 957 million euros.which represents an increase of 22% and 27.5% respectively in quantity and value compared to the same period in 2021 and stands out as “the best result ever”.

Compared to 2019, before the pandemic, Portuguese footwear exports grew by 12.2%.

“This is the best result in the history of Portuguese footwear in foreign markets.even surpassing the all-time high of 2017,” notes APICCAPS.

According to the association, Portuguese shoes are “growing in almost all of the most important markets.”

However, the “biggest event” is the growth of Portuguese footwear in non-Community markets, namely the US, where the year-on-year growth was 66% up to June, to 55 million euros.

Also worth mentioning are increases in sales to Canada (up 32% to €13 million) and Japan (up 45% to €5 million), which according to APICCAPS means “excellent performance.”

“The data for the first half of 2022 confirms that the Portuguese footwear has done its job during the pandemic and is therefore gaining momentum compared to its closest competitors,” says Luis Onofre.

However, the association’s leader warns to be on the lookout for external signals, arguing that “the pandemic, the war in Ukraine and inflation are more than enough reasons to do business cautiously.”

The national delegation present at MICAM will host on Sunday, the first day of the fair, the visit of the Minister of Economy and the Sea, António Costa e Silva, and the Secretary of State for Economics, João Neves.

Aiming to present the “great trends” of the spring-summer 2023 season, among the main novelties of this 94th edition of MICAM is the “extensive program” of lectures organized by the international consulting company WGSN in the MICAM X zone, “a stage for the most innovative high-tech proposals and will serve as a meeting place companies and speakers from all over the world.

Enema and Vestibular: Check out our Important Tips for the Portuguese Language Test

The project welcomes immigrants who want to learn Portuguese for free