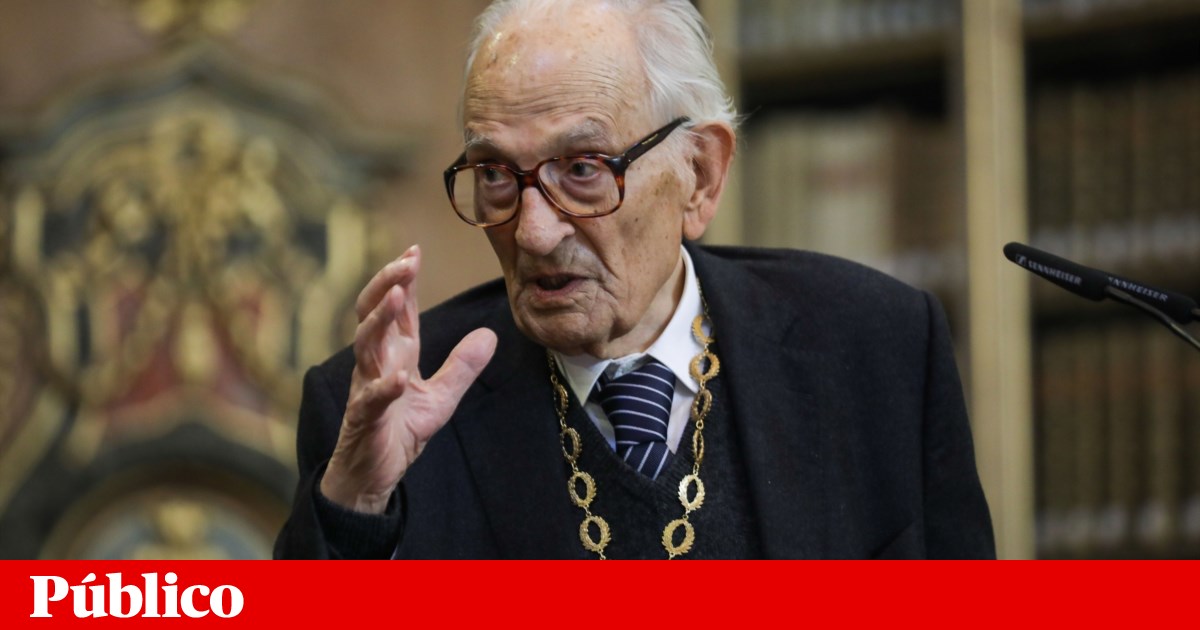 Adriano Moreira, foreign minister during the dictatorship and president of the CDS, celebrates his 100th birthday on Tuesday and becomes the longest-lived politician in democratic history.

Awarded by the President of the Republic in June with the Grand Cross of the Order of Camões, Adriano José Alves Moreira was born in Grijo, Macedo de Cavaleiros, on September 6, 1922.

A former member of the State Council appointed by the CDS-PP, Adriano Moreira had an academic and political career divided between two regimes: he was Minister of Foreign Affairs at the Estado Novo from 1961 to 1963 and President of the Democratic and Social Center. (CDS) in Democracy from 1986 to 1988.

University professor with dozens of published papers, closely associated with the current Instituto Superior de Ciências Socias e Políticas (ISCSP), which he directed and helped reform until 25 April. He was also Deputy from 1980 to 1995 and Vice President of the Assembly of the Republic in its last parliamentary term.

“My life was first and foremost a school. The political intervention was more about civic responsibilities,” Adriano Moreira said in an interview with Lusa in 2012.

Adriano José Alves Moreira was born in Grijo, Macedo de Cavaleiros, in the region of Bragança, on September 6, 1922, the son of Antonio José Moreira, who was Deputy Chief of the Public Security Police (PSP) in the Port of Lisbon and Leopoldina do Haven Alves.

In Lisbon, he lived in Campolides, studied at the Liceu Passos Manuel and graduated in history and law from the Lisbon Faculty of Law in 1944. Fernando dos Santos Costa’s war deserved his arrest.

In Alzhub, from where he was released about two months later, he met Mario Soares: “Before that, I knew him only by name. He was a young man who was liked by many because there was a certain joy in him, and also because he was very determined and consistent for his age. But we defended completely opposite positions, ”he said, quoted by Visao, in 1995.

In the meantime, he joined the teaching staff of the former higher colonial school that later became the Instituto Superior de Estudos Ultramarinos – the current ISCSP, for which he received his doctorate, also at the Complutense University of Madrid – and which, together with his intervention, will be integrated into the Lisbon Technique.

His dissertation “O Problema Prisional do Ultramar”, published in 1954, received an award from the Lisbon Academy of Sciences. Between 1957 and 1959, Adriano Moreira was part of the Portuguese delegation to the United Nations: “There, for the first time in freedom, I heard the voices of people who were treated as dumb or expendable. And this further reinforced my idea that we should completely change teaching.”

António de Oliveira Salazar then called him into government, first as Under-Secretary of State for Overseas Territories in 1960 and then as Minister of Foreign Affairs in 1961. In Angola, the first uprisings broke out against Portuguese colonization.

According to Adriano Moreira himself, Salazar suggested that he introduce a series of reforms that he spoke about in his classes, but later asked him to change his policy, and his answer was: “Your Excellency has just changed ministers.”

“I was Salazar’s minister, but I was the minister that I was: I repealed the Statute of Indigenous Peoples and abolished compulsory crops in the colonies,” he told Expresso in 1983.

When he left the government in 1963, he returned to teaching and married Monica Isabelle Lima Mayer in 1968, with whom he had six children: Antonio, Monica, Nuno, Isabelle, Joao and Teresa. He was president of the Geographical Society.

After April 25, 1974, he was removed from official duties and deported to Brazil, where he was a professor at the Catholic University of Rio de Janeiro.

In 1980 he returned to active politics as a candidate for deputy on the lists of the Democratic Alliance (AD). He joined the CDS, which he eventually led, between 1986 and 1988 and remained a deputy until 1995.

In 2014, Adriano Moreira was one of 70 figures who advocated public debt restructuring as the only way out of the crisis.