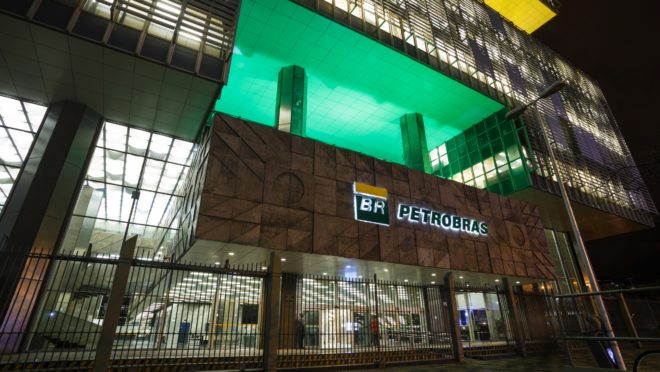 The recent moves by Planalto and Congress to make the Public Companies Law more flexible prove a serious problem that mixed capital companies face in Brazil: the risk of being captured by political interests. The issue has gained prominence through Petrobras’ actions in the face of the global escalation in oil prices, and the call by some of the population for the government to intervene in fuel prices has been a strong incentive to change the law.

However, legislation should go the other way, strengthening the legal framework for mixed capital companies to operate with greater freedom, improving governance and integrity. This is what the article “Political Intervention in Public Public Companies: The Petrobras Case” defends, written by attorney Marcelo Trindade, PUC-Rio professor and former president of the Securities and Exchange Commission (CVM).

The text is part of the book Don’t Forget: The Public Policy That Impoverishes Brazil by Insper economist and researcher Marcos Mendez, and was written well before Petrobras’ most recent price intervention moves.

Trindade argues that political interference in the company’s activities is a common practice of all Brazilian governments. For example, during the reign of Dilma Rousseff (PT), Petrobras acted at the behest of the government and held down derivatives prices, which eventually led to heavy debt and also hurt the ethanol sector. “More recently, when equalization with the international price was sought to avoid political interference, the reaction of truck drivers to the high price of diesel fuel in 2018 triggered a strike that paralyzed road transport in the country,” he writes.

Criticism of political interference does not mean acceptance of higher consumer fuel prices. Another article in the collection discusses ways Brazil could take to reduce fuel prices more sustainably, as shown in the report. People’s newspaper.

In addition, regardless of popular calls for intervention in fuel prices, failures in the Public Companies Law could affect Brazil in several ways. According to the Brazilian Institute of Corporate Governance (IBGC), the relaxation of the Public Companies Law will jeopardize Brazil’s project to join the Organization for Economic Co-operation and Development (OECD). Economy Minister Paulo Guedes has championed the importance of joining the organization from the outset and publicly celebrates every progress in the negotiations.

The organization, formed mainly by developed countries, operates as a “best practice club” that makes a series of recommendations to improve the public policies of its members aimed at economic and social progress.

The state-owned company law dates back to 2016 and was drafted at the height of the revelations of Operation Lava Jato, which dismantled a scheme that cost Petrobras an estimated 18 billion reais. according to the Federal Court of Auditors (TCU).

According to Trindade, the standard was innovative in addressing issues related to transparency, internal control, risk management, director qualifications and governance structure. There was concern to minimize the risk of conflict of interest, but this was not enough to address some of the specific situations associated with companies with mixed capital, the author notes.

State-owned companies must also follow certain provisions of the South African Law. Trindade argues that both deal with conflicts of interest only indirectly. “In addition, they are addressed to the controlling shareholder of a mixed capital company, who is not a political agent, but a legal entity of public law, on behalf of which he makes decisions,” he complains. In other words, the absence of sanctions for politicians who interfere in the affairs of state-owned companies is an invitation to undue interference.

For Trindade, it would be ideal for the population to perceive the political takeover of state-owned companies as a negative fact and take a stand against it. “The issue, however, has very little electoral appeal beyond challenging another conflict of interest: the population, which sees itself as directly benefiting from demagogic interventions by political agents in the management of state-owned companies, such as freezes on fuel prices.” he emphasizes. So the way is to improve the State Companies Law.

In state-owned companies with private partners, the manager must defend the interests of the company, the author defends

The OECD itself has already listed some recommendations for managing state-owned companies in Brazil in a report published in December 2020. One measure would be “creating a policy for managing state holdings in companies, including greater clarity on the justification that the state is a company shareholder, and strengthening boards of directors, including the rules for their election,” Trindade describes.

The former president of CVM defends other changes that could face more resistance when applied, such as removing the public interest exemption to justify a mixed public company. The premise is contained in the Public Companies Act and also provided for in the Federal Constitution. For Trindade, the administrators and the controlling shareholder should be obliged to pursue exclusively the interests of the company.

“It is fully compatible with the Federal Constitution. The public interest referred to in the Constitution allowing the establishment of a company with mixed capital must necessarily be compatible with the purpose of making a profit. If this is not the case, then the way should be to create a public company,” he argues, referring to state-owned enterprises in the strictest sense, in which there is no private participation.

According to him, if the state power does not have the necessary capital for economic activity, then the natural way is to turn to private capital, but for this it must be obliged to reward these investments. And for this, administrators and the controller must act only in the interests of the company and shareholders.

Another suggestion is stricter appointment and dismissal of directors and senior executives. “The alternative would be to make them the subject of review by a public body rather than the government. Such a body can be formed, for example, from career civil servants and qualified professionals from the private sector, all with rotating mandates that do not coincide with those of political agents, with no possibility of reappointment,” he gives an example. .

In order to stop politicians from undue interference in the management of public companies, Trindade proposes to amend the Law on Administrative Unscrupulousness to demonstrate illegal interference with the autonomy of the boards of directors of public companies with mixed capital. Among the proposed sanctions are personal compensation and deprivation of political rights.

Felipe Neto blows up Bolsonaro and accuses the politician of manipulation: “Bad character”