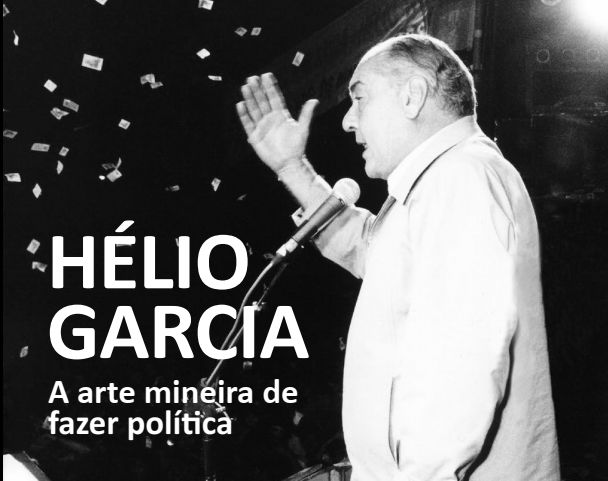 This Monday (1st) the book “Hélio Garcia, Mineira’s Art of Doing Politics” will be released. Hélio Garcia was Governor of Minas twice (84/86 and 91/94). He was one of those politicians who prefer behind the scenes, negotiations and articulations to direct confrontation and inflammatory speeches. The author of the book is the journalist Itamar de Oliveira.

Controversial, Garcia or Dr. Elio began his political career at the hands of the then Governor of Minas Gerais Magalhaes Pinto (UDN) from 1961 to 1966, leading him to support the 64 military coup and ending with his support of Tancredo Neves (MDB) in the transition to democracy. who ended the dictatorship in 1985. Garcia was the architect of an alliance of opposites that brought together opponents of the former UDN and SDP who had taken refuge in the NFL of former governor Aureliano Chávez and in the MDB of Ulisse Guimarães. From that moment on, the redemocratization of the country was guaranteed.

The launch event will take place at the headquarters of the Academia Mineira de Letras starting at 19:30, in an event with free admission and open to the public. On occasion, the author will talk a little about the work and the process of writing it.

After more than five years of research and evidence gathering, Itamar produced a book of reports divided into three parts. The first, “In the Time of Hélio Garcia”, records the political trajectory of the former governor, from his birth in Santo Antônio do Amparo (south) to the end of the political journey that began in the sixties, under the protection of the former governor of Magalhaes Pinto, and ended in 1998 the year he retired from public life.

Feedback from allies and rivals

The third part is the testimonies of former Presidents of the Republic who appreciated the importance of the political role of Hélio Garcia in Brazil’s democratic transition. Demonstrations were led by former presidents José Sarney, Fernando Collor de Mello and Fernando Enrique Cardoso, as well as former ministers Delfim Netto and Francisco Dornelles and former governors Pedro Simon, Luis Antonio Fleury Filho and Ciro Gomes.

The author also interviewed people who worked with the former governor at Minas Caixa (now a defunct government bank) and the family’s Santa Clara farm. He also brought together the collaborative work of ordinary people from different areas of Minas to record how political campaigns took place within the country.

In the “ear” of the book, President of the Minas Gerais Academy of Literature, journalist and writer Rogerio Faria Tavares notes: “We are faced with a document of historical importance and an indispensable source for students of Minas Gerais politics.” He recalls that Hélio Garcia was a key player in the game that resulted from the election of the candidacy of Tancredo Neves-Jose Sarney by the Electoral College in 1985, which paved the way for the convening of the National Constituent Assembly and the direct election of the President. Republic”.

At the end of the work, Itamar de Oliveira emphasizes that the character does not fit into any book. He admits that he enjoyed the support and solidarity of friends and staff from the university, the press and members of all political parties. And he notes that in the book, he ended up developing a beautiful story of affection for the character. “Helio Garcia was a gentle, brotherly and friendly person. I really enjoyed the trip.”

See also  London Machado asks to vote for Eduardo Riedel in his political stronghold - Politics
Related Topics:
Up Next