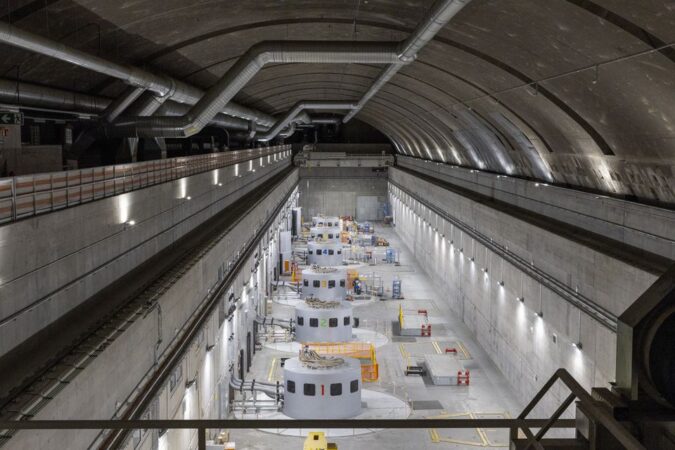 The Nant de Drance factory in the canton of Valais, which received an investment of 2.2 billion Swiss francs (2.2 billion euros), will officially open next month and operate like a giant battery, Reuters reported.

This project has six turbines that run 600 meters underground with a capacity of 900 MW, making it one of the most powerful pumped storage plants in Europe. At peak capacity, this plant generates electricity from hydroelectric power, but when production from sources such as wind and solar exceeds demand, the plant accumulates excess electricity by pumping water to the highest reservoir at Vieux Emosson.

“The amount of energy that can actually be stored at this facility is gigantic, around 20 GWh… This means that with a full tank of Vieux Emosson, 400,000 electric vehicle batteries can be charged at the same time,” explains director Alain Sautier. who believes that it is not just an important factory for Switzerland, since “it will contribute to the stability of the network in Europe and the security of supplies to Europe.”

See also  0:59 — Which countries have already surpassed the average Portuguese salary?
Related Topics:
Up Next

Lisbon contradicts red Europe. BCP up 4% despite Polish bank in the trash – Bolsa

Oil falls below pre-war levels for the first time. But gasoline is still more expensive