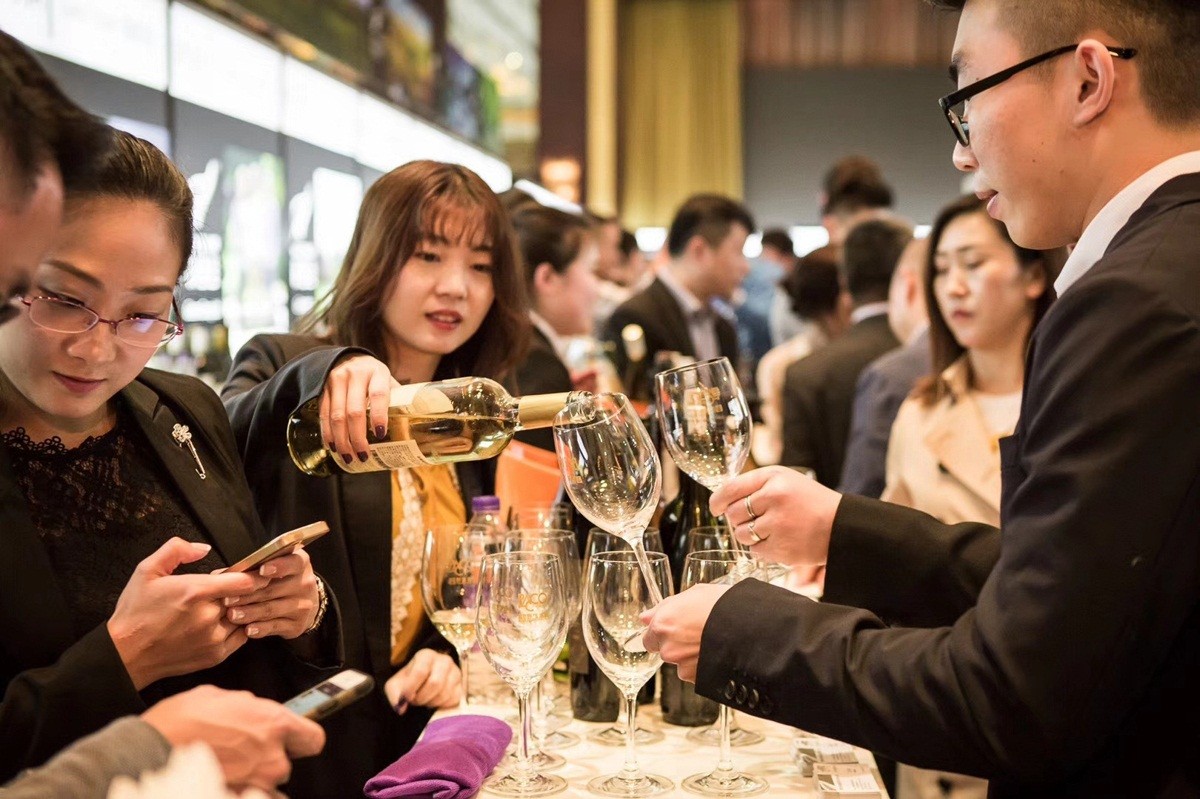 Wine in China has long been synonymous with … France. However, this concept has changed, mainly due to the entry into the race for this market by Portugal, which has been enjoying wine for several years.

Although only about 4 percent of the Chinese population regularly drink wine, China is already the world’s fourth largest wine consumer, largely due to its population of 1.4 billion.

And it is these millions that Portugal should take advantage of,” says Rui Rodrigues of the Portuguese Sommelier Association.

“A few years ago, not too many, the only Portuguese wine known in China was Port. The Chinese have always associated traditional wine with wine coming from France, especially from the Bordeaux region. However, everything has changed. I have been working with several restaurants in China for several years now, and the fact that many Portuguese sommeliers have gone to Asia, primarily to China, has led to the growth of the Portuguese wine market in terms of exports to this part of the world,” the specialist emphasized, and then emphasized , which is necessary for Portuguese wine to be even more successful in China.

“Essentially, they need to make themselves known. There are a lot of wine fairs in China, really a lot. But the truth is that Portuguese manufacturers have not invested much in this market. True, they go more often, so exports begin to grow, but this is still very small compared to what Portugal can show such quality, ”says Rui Rodriguez.

If there are those who still do not know the Chinese market well, then others have long opened it, namely the Tahoe manufacturers. Farms such as Adega Cooperativa do Cartaxo, Casal Cadaval, Casal da Coelheira, Casal do Conde, Companhia das Lezírias, Fiuza, Quinta da Alorna, Quinta da Ribeirinha and Quinta Vale de Fornos are holding road shows in this Asian country, and all from – for the Wine Commission Regional do Tejo (CVR Tejo), which saw an emerging market here.

“It was clear that Portuguese wine had to go to China. If there is a commercialization of everything and everything with China, wine will not be left without attention. And for more than ten years, CVR Tejo has been doing this job, it is already the second largest country to which our region exports, ”admits Luis de Castro, President of CVR Tejo.

From an economic point of view, it cannot be denied that China has a lot to offer Portuguese wine, namely its producers.

“Of course, China is the world in the world. There are many millions of people who love wine. But you must know him. Fortunately, everything is going well for us, but the Portuguese market should show itself more, focus on advertising, on fairs, on roadshows,” Rui Candido from Quinta da Ribeirinha told PLATAFORMA:

“This is one of the markets that works the most with us Chinese. We are grateful and the rate will continue to grow, even this year we were there and saw that there is room to grow. When I talk about us, Tajo wines, I am also talking about the entire Portuguese wine universe.”

Last year was “very positive” with worldwide exports of Portuguese wines up 8.11 percent to over 925 million euros, according to the association responsible for the international promotion of the brand Vinhos de Portugal.

In a statement cited by Portuguese news agency Lusa, ViniPortugal President Frederico Falcao said that sales in 2021 almost doubled compared to 2020, thanks in part to “great growth in new markets”, including China.

In January, an official told Chinese newspaper Chengdu Business Daily that 10 producers from Portugal’s six wine regions were going to bring hundreds of wines to the China (Chengdu) Food and Beverage Fair, one of the largest food fairs in the country. , which took place in March, and for another release, in this case in Shanghai, in November, more producers are planning to travel to China.

WHAT ABOUT CHINESE WINES IN PORTUGAL?

If the Portuguese wine market is growing more and more in China, the truth is that the opposite is also happening, and it has started now in 2022. Unfortunately for the average consumer, the first wines to arrive in Portugal are of high value and represent references ‘inspired’ in France, with the name Château.

The most famous wine released in Europe, Purple Air Comes from the East 2016, is Cabernet Sauvignon and costs around 180 Euros per bottle. It will be available from viña.pt and from the Martins Wine Advisor (MWA) distribution.

“This is the result of changing consumer habits in Portugal and a curiosity for new, more irreverent wines, as well as our need at MWA to always be up to date with the best that is being produced in the wine world. China has established itself as a new center for winemaking, and demand for products from this region has increased significantly,” said Claudio Martins.

This article is available at:
traditional chinese

EFootball 2023 has arrived and there is a Portuguese among the ambassadors.