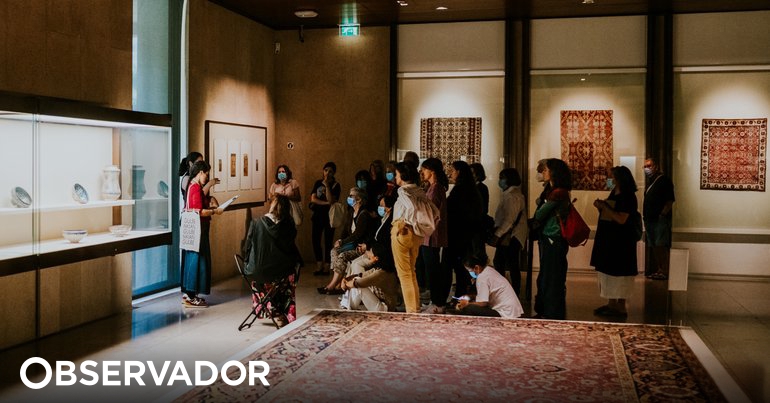 Archaeologist Luis Raposo was elected this Wednesday to the executive board of the International Council of Museums (ICOM), becoming first Portuguese integrate this body of the sector, he said Lusa.

Luis Raposo, who this year has completed his second term as president of ICOM Europe, a division of the non-governmental organization, is one of 11 new members elected to the executive board this Wednesday.

ICOM is the largest international organization of museums and museum professionals, established in 1946 and dedicated to the preservation and promotion of the world’s tangible and intangible natural and cultural heritage through best practice guidelines.

The election of new directors was held at the ICOM General Assembly, which runs until Sunday at the Prague Congress Center under the motto of this year’s International Museum Day “The Power of Museums”.

When Lusa contacted him about being elected to the new position, the archaeologist expressed his enthusiasm, stressing that “the executive board is ICOM’s true strategic management body.”

To be elected to such a body is an honor and a great responsibility, especially at such a difficult stage in international life, as well as such an accelerated transformation of museums,” he added.

An archaeologist specializing in ancient prehistory, Luis Raposo was President of ICOM-Portugal from 2008 to 2014, Vice President of the Association of Portuguese Archaeologists and Director of the National Museum of Archeology from 1996 to 2012.

Among other things, he was a member of the ICOM Working Group on Statutes, Internal Rules, Regulations and Governance (2014-2016), the ICOM Strategic Plan and Resolutions Monitoring Committee (2014-2016), the Ambassador for the establishment of the ICOM International Training Center for Africa (2016-2018) and Member of the Standing Scientific Committee of the EU-Lac European Museum Project (2017-2020).

This Wednesday too the new definition of the museum was approved by the majority, extending the previous one by 15 years, concepts of inclusiveness, sustainability, accessibility and diversity, according to the organization.

At this annual meeting, the representatives of the national committees 118 countrieswhich involve more 44 thousand membershold working meetings and discuss until Sunday various issues that are of interest to museums, namely sustainability, leadership and relations with civil society.

in France reveal how the midfielder convinced Galtier

See also  Fines for reforming the law on police discipline - if you have laws on riots, looting, too