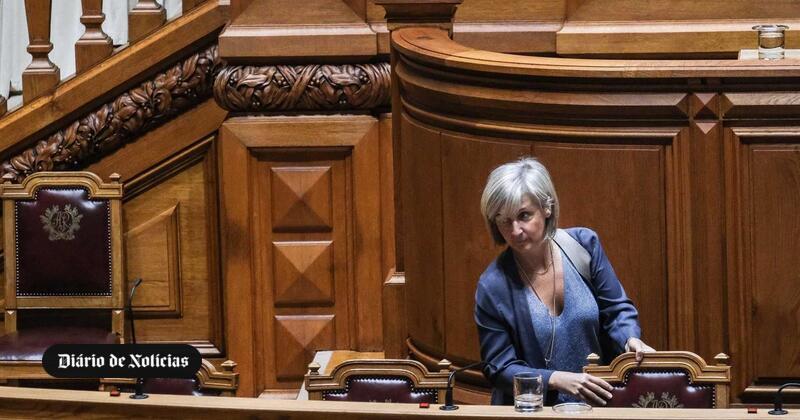 PSD today considers the Minister of Health’s resignation to be “overdue” and represents the “bankruptcy of government health policy”, calling for a “new policy” in the sector rather than new heroes.

Asked about the profile that PSD thinks the new minister should have, Pinto Luz said António Costa should choose his team, but stressed that a change in health policy would be important.

“The departure of the minister, which, according to the SDP, is already too late, does not solve a single problem in itself. At the moment, what matters is whether António Costa will change course in terms of health policy? Or, on the contrary, he will elect only one new minister, and nothing will change,” he said.

“New politics is urgent, not new protagonists. Dr. António Costa is responsible for the bankruptcy of SNS,” he accused.

Pinto Luz accused the government of having a “doctrinal, ideological” view of health “that has become unrealistic and dangerous.”

“Unfortunately, it took the death of the mother for the minister to resign and António Costa to make the decision,” he criticized, referring to a report released on Monday about the death of a pregnant woman transferred from Santa Maria in San Francisco-Javier to Lisbon. .

For the PSD, Minister Marta Temido “always put her ideology ahead of the most important thing, the health of the Portuguese”, so she will not be remembered well. “Unfortunately, your policies will have an impact in the short, medium and long term.”

He also wondered if the Prime Minister would shift the blame to third parties, namely the SDP.

“There is an urgent need to change the health policy in Portugal,” Pinto Lus said. And he clarified that “access to health care is important for the Portuguese” and ensured that PSD can contribute to the 30-year vision of health policy.

Left bloc: “Change of minister without change of policy is absolutely useless”

The BE coordinator said that changing the Minister of Health “without a change in policy is absolutely useless”, refusing to blame Marta Temido for the incapacitation not only of the SNA, but of the entire government as a whole.

“The responsibility for the loss of the terms of the SNA and the loss of its valency, the responsibility for the fact that the SNA has less and less capacity, lies not with the minister, but with the entire government, which decided not to invest in the installed capacity of the SNA, which decided not to agree on the conditions of work, so that its specialists who have been trained in the SNA remain in the SNS,” the blockist leader criticized at a press conference at the BE headquarters.

For Katharina Martins, “the health succession is a disaster” and “a change of minister without a change in policy is absolutely useless.”

“There is no time to waste. At the moment, not only the minister but also the policy towards the SNS needs to be changed, and we leave this permanent patch in which everything the government can offer the SNS is overtime. or service providers. Services. What SNS needs is investment and skilled people,” he said.

Postponing investments and careers that can keep professionals at SNS “was the policy of the government and, in fact, firing a minister will not solve the problem,” the BE coordinator emphasized.

“Every day the SNS is losing capacity and this is the choice made by António Costa, this is the choice of the PS government that does not come from the last five months which are longer and for which Marta Temido cannot be held personally responsible as It is natural and I would never did that,” he said.

According to the leader of the BE, “it is urgent to change the policy of the government” and, in contrast to what happened in recent years, “in which every year the SNS not only loses professionals, but also loses the ability, on the contrary, to increase the installed capacity of the SNS, because this is what the Portuguese population so desperately needs.”

Liberal Initiative: “We don’t know if the minister has been fired or the policy is ending”

The Liberal Initiative defended in a statement that Temido’s resignation “does not necessarily mean a change in the health care policies that this government has followed and which have led to chaos in the SNS.”

“We don’t know if the minister has been fired or if politics is ending,” they say in the party. “It is impossible to say whether this dismissal is good or bad news for those Portuguese who have no choice but to resort to public health services,” he adds.

For IL, it is necessary to understand the reasons that Martha Temido gave when she was fired.

“First of all, it is important to understand whether the prime minister, who accepted his immediate resignation, is actually accepting the failure of the political options for which he is responsible. The head of government must come to explain to the country and say, with clarity, what political guidelines this will give the new portfolio holder,” he challenged.

According to João Cotrim Figueiredo, “if António Costa chooses a solution that ensures the continuity of policy and decision makers, he will also continue to bear the main responsibility for the plight of the SNS.”

IL insists on the need for “deep reform of the system” based “on competition between providers and freedom of choice for patients.”

The PCP advocates for the preservation of the SNS, whatever the successor.

The PCP argued that more important than the resignation of the health secretary is whether the government moves forward with the career and salary assessment of National Health Service (SNS) workers.

At a press conference in the Passos Perdidos of the Assembly of the Republic, Communist Parliament leader Paula Santos said that the resignation of Marta Temido showed “the need for a different health policy.”

“The question that arises at the moment is whether the government will move ahead with the decisions that are needed to save the SNS, whether it will move forward in terms of career evaluation and remuneration of health workers,” and with an exclusive consecration regime, Deputy.

Paula Santos declined to say if the PCP was expecting the ruler’s resignation due to the issues that SNS has pointed out in recent months: “More than the people or the faces of the government, what is important – and what is the issue that the PCP is raising – is the need to evaluate policies. [encetadas].”

The resignation of Martha Temido “needs to be considered and assessed” from a political point of view. According to him, this is the only important moment for the party.

When asked about Prime Minister António Costa’s intention to keep the minister until the appointment of a new executive director of the SNA, Paula Santos preferred to say that the SNA statute, approved in early July, does not meet the needs of the sector. .

Livre was the first to react to Temido’s resignation, saying it could be interpreted as a “departure” of the government from solving problems in the sector, and demanded “clear signals” from the prime minister.

The party, represented in Parliament by Ruy Tavares, said in a statement that the resignation of Marta Temido, announced this morning, “shows an inability to confront the many signs of dysfunction and degradation” of the National Health Service (SNS).

“You can understand [a demissão] how to quit [do Governo] when we need action,” Livre argued.

The party recalled that this dismissal “came on the same night that another worrying case of the death of a pregnant woman in Lisbon was uncovered”, when she was being transferred to another hospital due to a lack of vacancies in the hospital. one is that it was.

“Without decisive action in defense of the SNS, and without a government with the courage to take action to reverse the chronic underfunding situation it suffers, whoever succeeds Marta Temido can only be the manager of the SNS’ demise.” , played for the poppy party.

“Faced with such a serious scenario,” Livre continued, “clear signs of political support for structural defense measures are needed from the prime minister” from the National Health Service.

The Queiroz Assessoria Parlamentar e Sindical poll for the news portal Congresso Em Foco, published on September 24 and updated on September 26, points to the candidacy of MP Pedro Vilela (PSDB) as one of the most competitive in Alagoas and with a chance of a real victory. Of the 443 members of the Federal Chamber of Deputies up for re-election, 369 are “very competitive in terms of keeping their seats,” according to the company, and Pedro Vilela is one of them.

Queiroz Assessoria analyzed the candidates in detail to identify the most competitive and try to estimate the size of the party benches from 2023, the company says. Five different aspects of the candidacies were analyzed: i) the electoral history of the parties and their candidates; ii) voting intent polls; iii) pre-election forecasts of parties and coalitions; iv) the structure of the candidates’ election campaign – party political, financial, social media followers, level of knowledge about the elections and advertising time on radio and television; and v) projections for the calculation of the party coefficient and the expectation of a dispute about the balances, taking into account the new electoral rules.

Pedro Vilela has been elected the best parliamentarian in Alagoas by the Politicians’ Rankings, a private initiative that evaluates members of the National Congress for such requirements as fighting corruption, privileges and wasting public money, impeccable reputation, diligent presence and activism. at thematic meetings and commissions.

See also  A political icon who is a model for Lula in 2022.
Continue Reading