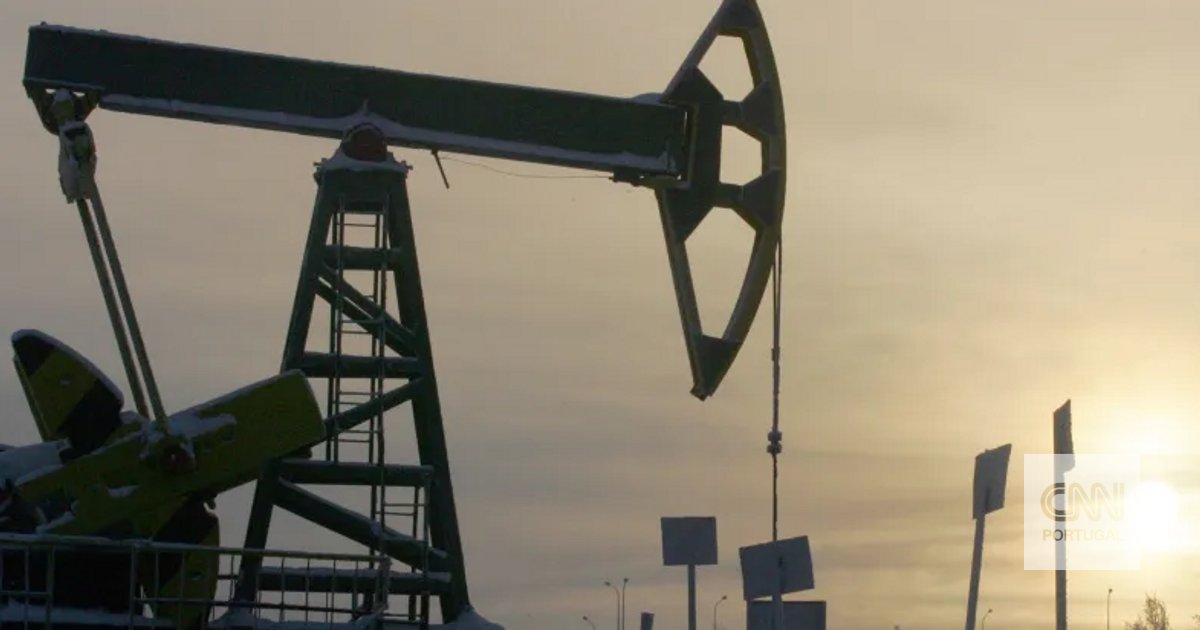 A barrel was quoted this Thursday at $93.2 a barrel, the first time it has reached a lower price than on the eve of Russia’s invasion of Ukraine. Fuel prices in Portugal are also falling, but remain more expensive than then. The devaluation of the euro is one of the reasons. But there’s more math

Crude oil hit $93.2 a barrel midway through this Thursday in the Brent Index, commonly used as a benchmark for Europe. This is the first time that the price has fallen below the level it was before the Russian invasion of Ukraine on February 24th. Fuel, however, is still much higher than then.

Oil in a sharp fall

But the mark reached today is relevant, because it is over the past five months that the war in Ukraine has lasted that the price was lower for the first time on the eve of the invasion: on February 23, a barrel of oil cost $ 94.05.

However, prices remain higher than before the Russian invasion of Ukraine:

This increase is not large only because the government, in the meantime, has reduced the tax on petroleum products (ISP), which was extended until the end of August. As explained in the message of the Ministry of Finance in early July, “the reduction in the tax burden will be 28.2 cents per liter of diesel fuel and 32.1 cents per liter of gasoline.”

In other words, were it not for the temporary tax cut, today’s fuel would be at the following prices:

In other words, although oil is already below what it was before the war, the price of diesel would have been almost 23% more expensive if the government had not lowered the ISP.

Why isn’t the fuel dropping? Euro factor (and adjusted)

The first reason is the euro, which depreciated about 9.3% against the dollar on the eve of Russia’s invasion of Ukraine. Thus, if the price of Brent is lower than in dollars, then when converted into euros, it remains 9% more expensive.

This explains António Comprido, president of Apetro, an association representing oil companies in Portugal. “There is an exchange rate aspect,” he points out to CNN Portugal, “we cannot compare the price of a barrel of oil in dollars with the price paid for fuel in euros.”

However, this devaluation of the euro only partly explains the difference between the increase in fuel and the current leveling off of oil compared to the pre-war period. This is where António Comprido argues with a rationale that has been repeated over the past few months: fuel distributors are not buying crude oil (valued by the Brent index), but petroleum products. And they differ in different ways.

“The price of fuel is not tied to the price of a barrel,” replies the president of Apetro. “It so happened that the price of petroleum products rose much more than oil. This happened because in Portugal we used a lot of refined products that came from Russia. The embargo on Russian oil has a direct impact.”

The evolution of international markets suggests a further decline in final fuel prices next week, maintaining the trend of the last month and a half. “Since mid-June, there has been a drop in prices,” António Comprido emphasizes.

As for the development after next week, the volatility of the last few months does not allow one to be sure. World oil prices fluctuated as a result of sanctions against Russia, diversification of supply sources, production announcements by producing countries and economic expectations.

Fears of an economic recession next year in the United States and perhaps in some European countries are one of the factors that led to the fall in oil prices. The less economic growth, the less energy consumption. Soon the demand for oil will decrease.

Switzerland has a new “giant battery” that can charge 400,000 electric vehicles. Investments amounted to 2.2 billion euros

Europe is green. Oil and gas are depreciating. Interest is waning. Gold Rising – Markets per Minute