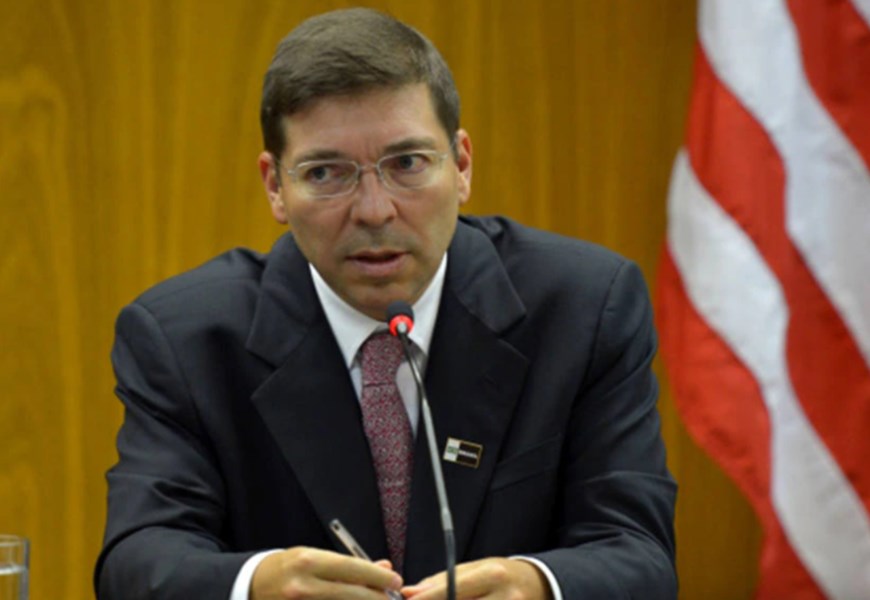 “In the year of the bicentenary of independence, we reaffirm our unwavering commitment to the sovereignty of the Brazilian people, expressed by vote and exercised in accordance with the Constitution,” reads the businessmen’s document, entitled “In Defense of Democracy and Justice,” with the support of more than 100 organizations

The São Paulo State Federation of Industry (Fiesp), chaired by businessman Josue Gomes da Silva in Defense of Democracy, published this Friday (5th), states that those who “sign this act reaffirm their unwavering commitment to the institutions and the ground rules Democratic rule of law, constituting the sovereignty of the Brazilian people”.

“In the year of the bicentenary of independence, we reaffirm our unwavering commitment to the sovereignty of the Brazilian people, expressed by vote and exercised in accordance with the Constitution,” the document says. “Democratic stability, respect for the rule of law and development are essential conditions for Brazil to overcome its core challenges. This is the main point of September 7 this year,” reads the document, which has received the support of more than 100 civil society organizations against Bolsonaro’s coup threats to the Brazilian electoral process and judiciary.

Signatories to the Fiesp letter include the Industrial Development Research Institute (Ied), the American Chamber of Commerce (Amcham), the Brazilian Federation of Banks (Febraban), FecomercioSP, and the Fernando Henrique Cardoso Foundation. Industry unions, trade unions, the Brazilian Society for the Promotion of Science (SBPC), the National Union of Students (UNE), USP Universities, PUC, Unesp and Unicamp, as well as associations of economists, are also signing the document in defense of democracy. , lawyers, health and human rights professionals.

“The civil society actors and citizens who signed this act emphasize the role of the Brazilian judiciary, in particular the Federal Supreme Court, the main guardian of the Constitution, and the High Electoral Court, which conducted our elections with complete safety and efficiency. and integrity, which is internationally respected, and by all magistrates, recognizing its invaluable role throughout our history as a force to pacify differences and serve as an example for the defense of fundamental rights.

The letter will be read at one of the events that will take place at the Faculty of Law of the University of Sao Paulo (USP) on 11 August. On the same day, “Letter to Brazilians and Brazilians in Defense of a Democratic State and Law” will be published.

Read the full Fiesp manifest below.

FOR DEMOCRACY AND JUSTICE

In the year of the bicentenary of independence, we reaffirm our unwavering commitment to the sovereignty of the Brazilian people, expressed by vote and exercised in accordance with the Constitution.

As the centenary approached, the modernists, together with Semana de 22, launched a cultural movement that, by pointing the way to art with Brazilian characteristics, helped shape a truly national identity.

Today, we are again called upon to identify paths that will strengthen our path to the will of our people, which is the highest independence a nation can achieve. Democratic stability, respect for the rule of law and development are important conditions for Brazil to overcome its core problems. This is the biggest value on September 7 this year.

Our democracy has repeatedly proved its reliability. In less than four decades, it has faced deep crises, both economic, with periods of recession and hyperinflation, and political, overcoming these ills with the strength of our institutions.

They were strong enough to guarantee the execution of governments from different political spectrums. Not succumbing to the litany of those who go beyond the reasonable limits of constructive criticism, it is our institutions that continue to guarantee the civilizational development of Brazilian society.

It is important that the authorities of the Republic – executive, legislative and judicial – independently and in concert promote the necessary changes for the development of Brazil.

The civil society organizations and citizens who signed this act underline the role of the Brazilian judiciary, in particular the Supreme Federal Court, the main guardian of the Constitution, and the Supreme Electoral Court, which conducted our esteemed elections with complete safety, efficiency and fairness. … at the international level and to all magistrates, recognizing his invaluable role throughout our history as a force to pacify differences and an authority for the protection of fundamental rights.

To all those who perform noble legal functions in the country, we express our respect at this time when fate requires balance, tolerance, courtesy and a vision of the future.

We want to have a prosperous, just and solidary country, guided by republican principles, expressed in the Constitution, which we all bow down, confident in the supreme will of democracy. He is strengthened by the union, reforming what needs to be corrected, and not destroying; laying down hopes for a proud and peaceful Brazil, without dampening them with slogans and disagreements that threaten the desired peace and development.

All who sign this act reaffirm their unwavering commitment to the institutions and fundamental rules of the democratic rule of law, which constitutes the sovereignty of the Brazilian people, which, on the symbolic date of the founding of legal courses in Brazil, August 11, we must celebrate.

See also  Russiagate. Luis Feliciano claims to have been the victim of a "pre-election political context."

Association of Lawyers and Public Lawyers for Democracy

Brazilian Association of Economists for Democracy

National Association of Directors of Federal Institutions of Higher Education

Brazilian Center for Analysis and Planning

Center for the Study of Labor Relations and Inequality

National Council of Institutions of the Federal Network of Professional, Scientific and Technological Education

Federation of Trade in Goods, Services and Tourism

Brazilian Institute for Research on Competition, Consumption and International Trade

IInstitute of Lawyers of Sao Paulo

Ethos of the Institute

Institute of Mobility and Social Development

Union of the abrasive industry – SP

Union of Dental, Medical and Hospital Products and Equipment Industries

Beverage Union of the State of São Paulo

Union of Producers of Corn, Soybeans and Their Derivatives in the State of São Paulo

Union of Sanitary Ware Manufacturers of the State of Sao Paulo

Union of Perfume and Toiletries of the State of São Paulo

Union of Hospitals, Clinics, Laboratories and Medical Institutions of the State of São Paulo

Union of Teachers of the Federal District

National Union of the Naval and Marine Construction and Maintenance Industries

Brazilian Society for the Development of Science

During the first week after the consensus, Camara da Serra shows no signs of political conflict and continues to operate normally.

Attack on Amon Mandel’s team could be a political crime, expert says

See also  Elections will be decided in the center, even with polarization, says Andre Estevez | Brazil and politics
Continue Reading

See also  Russiagate. Luis Feliciano claims to have been the victim of a "pre-election political context."
Continue Reading