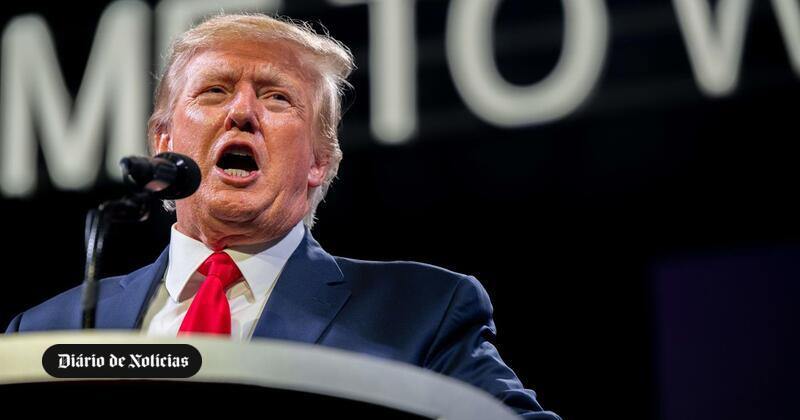 Hours after it was revealed that the FBI raided his residence in Mar-a-Lago, Florida, Donald Trump posted a campaign video on his Pravda social network, fueling rumors that he was preparing to announce his re-election to the presidency.

The video, which is nearly four minutes long, begins in black and white with the sound of thunder and the former president’s voice announcing that America is “a nation in decline.”

Trump lists what he says are the country’s problems and failures, and then the video is shown in color with an upbeat message because “soon we’ll have greatness again.”

Rumors that Donald Trump wants to announce his re-run in the 2024 presidential election have been circulating for weeks and have been resurrected with this video posted today after the searches, which point to a criminal investigation into the former president.

Speaking at the conservative CPAC forum on Saturday about a possible 2024 candidacy, Trump said “maybe it needs to be done” while presenting himself as “harassed” by Democrats.

“If I had stayed at home, the persecution of Donald Trump would have stopped immediately, but I can’t do that because I love my country and I love the people.”he said.

“America’s return will begin in November and will continue at an unstoppable pace that we will create in November 2024.”said another in a speech for almost two hours.

Reacting to the search for a potential Republican nominee, former U.S. Attorney Dennis Aftergut told NBC News today that the Justice Department’s move against Trump would “only spur” his presidential ambitions.

“Trump may believe that the indictment will help his political profile by furthering the campaign’s enduring theme that he is a reviled martyr.”says Aftergut.

The former prosecutor also emphasized that even if Trump is charged and found guilty of the crime, it will be sometime before November 2024, and this will give him the opportunity to say that he will appeal the verdict and may remain in the race.

“It is not clear what will happen if a criminal case is initiated and Trump wins the election. We’ve never had such a situation.”he said.

The events in Mar-a-Lago provoked a strong reaction from conservative commentators and supporters of Donald Trump, some of whom spoke of “war” and “civil war”. Such was the case with white supremacist Nicholas J. Fuentes, website The Gateway Pundit, and commentator Stephen Crowder.

The FBI searches, according to sources cited by various media sources and confirmed by his son Eric Trump, are related to classified documents that Donald Trump removed from the White House and took to his residence in Mar-a-Lago without permission, which is a crime. .

Section 18/2071 of the US Penal Code prohibits the concealment, removal, mutilation, deletion, or destruction of documents belonging to the US government. Punishment can range from a fine to three years in prison, and if convicted, the defendant can no longer hold official positions.

An FBI search warrant had to be authorized by senior Justice Department officials and signed by a federal judge if there were strong indications that a crime had been committed.

With Trump’s possible re-run for president, Trump and the Republican Party are accusing the Justice Department, led by Merrick Garland, of politicizing justice and using it as a weapon against political opponents.

House Minority Leader Kevin McCarthy has vowed to investigate Garland and the Department if Republicans regain control in the November midterm elections, as polls predict.

“I think prosecutors in the Justice Department know they can’t choose the timing of investigations or criminal charges to influence any election.”.

Biden forgot he greeted the politician and starred in a gaffe

Donald Trump says he is a “victim” of the FBI. Republicans talk about political attack

See also  Was the massacre of Aracruz politically and ideologically motivated?
Continue Reading

See also  Was the massacre of Aracruz politically and ideologically motivated?