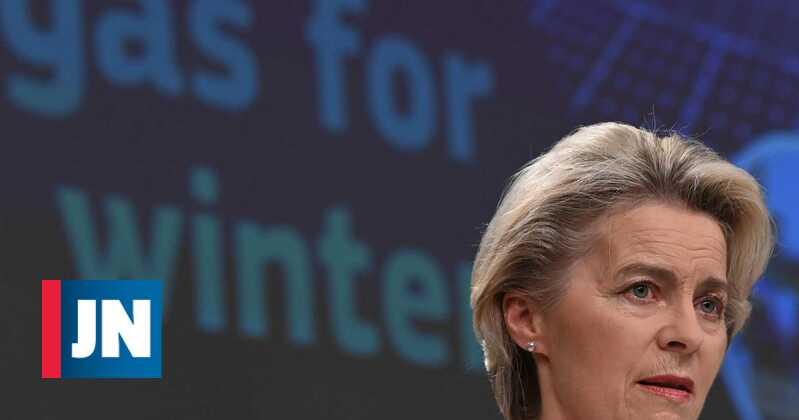 The European Commission (EC) is not interested in accepting Portugal’s request for a delay in the Recovery and Resilience Plan, the European bazooka. After António Costa again demanded that the deadline be postponed beyond 2026, an EU source reminded Lusa that the change “would require unanimity in the European Council”.

Celine Gauer, CEO of European Bazooka, had already dismissed the idea in June, when António Costa made his first request: “Changing the date after 2026 is not possible.”

Algarve. Bazooka pays for desalination plant, which will start operating at the end of 2025

In a written response to Lusa, a European Commission official acknowledges receipt of a letter sent by Prime Minister António Costa to European Commission President Ursula von der Leyen outlining Portugal’s priorities for the institution’s program of work until 2023, which then proposes to make the investment calendar more flexible within the PRR.

“Ensuring rapid implementation of the PRR is critical for all Member States,” the community leader responded in a written response sent to Luce.

Recalling that the current rules provide for “a clear limit on the use of resources until 2027” and that “2026 is the deadline for the Commission’s creditworthiness”, the same community executive source indicates that “any change” would mean changes to rules such as the Recovery and Resilience Mechanism (MRR).

In addition, the European Commission recalls that “any change in the decision on own resources will require unanimity in the Council and entry into force only after approval by each Member State in accordance with their respective constitutional requirements, including, in almost all cases, ratification by national parliaments.”

The MRR stipulates that each country’s PRR measures are implemented between February 1, 2020 and December 31, 2026, with milestones and targets being met by August 2026 in order for payment to be made by end of this year.

However, the same official source points out to Luce that “the Commission is ready to discuss with the Member States the implementation of individual milestones or goals that can no longer be achievable and that need to be reviewed” and remains “ready to cooperate”. with Member States to evaluate such requests on the basis of the content of specific investment objectives and the evidence provided.”

The government has sent a document to Brussels that “summarizes the national priorities” for the European Commission for 2023 and proposes to soften the deadline for the completion of PRR investments after 2026, it was released today.

The proposal was made in a letter sent on 12 August by Prime Minister António Costa to European Commission President Ursula von der Leyen suggesting that PRR-funded investments (rather than reforms) “may end there by 2026”.

“This is a change that is being imposed due to current economic circumstances and is not foreseen at the time the MFA provision is approved,” the government justifies, highlighting the current “extremely anomalous economic situation characterized by high inflation, sustained disruption of supply chains and scarcity or shortage of raw materials.”

Earlier, in the middle of this year, the Government reported that the European Commission responded positively to the request of Portugal and other Member States to postpone the PRR investment programs given the “abnormally high” prices without changing the calendar. . .

At stake is the €672.5bn Recovery and Resilience Facility (in 2018 prices) and the centerpiece of NextGenerationEU, a €750bn fund approved by European leaders in July 2020 to rebuild the EU economy from the crisis caused by the covid pandemic -19.

The Portuguese PRR includes investments and reforms in 20 thematic components worth €13.9 billion in grants and €2.7 billion in loans.

How to write Waze in Portuguese – Apps & Software – Tecnoblog