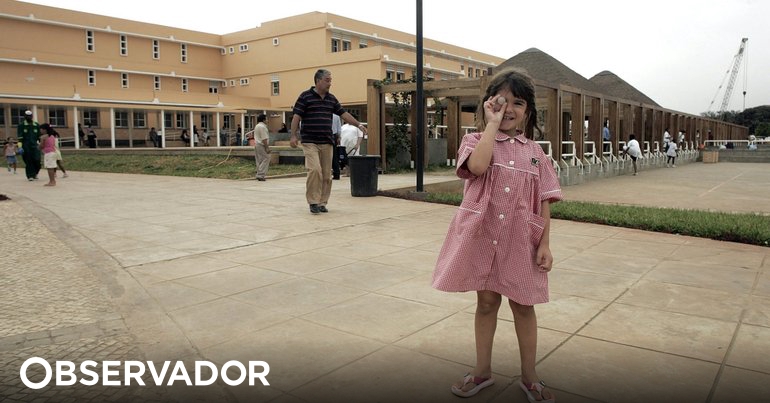 A group of 15 teachers at the Portuguese School of Luanda (EPL), Angolans and Portuguese are complaining about “illegal dismissal” by the temporary commission of the educational institution, believing that they were forced to sign an “illegal” agreement.

The teacher, who is part of the group and wished to remain anonymous, told Lusa this Thursday that measurements are irregularbecause the new manager sends the target to the cooperative, which is “closing”.

This is a wrongful dismissal with a seriousness that sends us to the co-op, which is currently closing. At the moment, the new cooperative has not yet taken over the functions, and the old one has disappeared,” he said.

The Portuguese Ministry of Education has controlled the institution since 2006, although the school was run by a private organization that had a management contract with the state.

Medical boards will analyze the layoffs of teachers who are “doubtful”

The diplomat added that with the transfer of the administration of the CPEA to the Portuguese state, “there was no transfer of labor relations of teachers”, which means that teachers had to sign a new contract to continue teaching.

This is what happened to the vast majority of teachers, including those who chose to challenge the decision in court,” Francisco Alegre Duarte Lusa said, adding that more than 100 teachers were at stake.

“There were meetings and clarification sessions where information about the impossibility of transferring the deposit was passed on, and the vast majority of teachers signed new contracts,” said a representative of the Portuguese state.

According to the teacher heard by Lusa, after the contract ended on September 6, 2021, the next day, September 7, the teachers faced the signing of the ACIP (Community Interest Grant Agreement).

The cooperative handed us over in the public interest to the Ministry of Education. At the time of signing the ACIP, we were not given the time or opportunity to contact a lawyer,” he commented.

“We were even told that if we want to continue this academic year, which is ending, we had to sign, or if we didn’t want to, then we didn’t have a job“, he stressed.

For a teacher, a member of a group of 15 professors on vacation, a signed ACIP “there is some illegal activity here”because “there was no way for people to know about it.”

At that moment, the ministry should have taken over everything, because deep down it was already in charge of the school, but this did not happen, ”he regretted.

A few months after the end of ACIP, on August 31, he continued, there was a meeting with the interim commission that runs the school.

Annual contracts will be signed, we will lose remuneration and career growth. When they did this, they did it verbally, we did not have any documents so that we could be detained and sued,” he said.

Months later, he added, the teachers “received an email from the interim committee informing them of a draft termination with the co-op” saying they would have to fill it out if they wanted to continue.

“And our employment contract, which will be annual, although many have already entered into force, this, as far as I know, violates labor laws in both Angola and Portugal“, these.

The attempt at reconciliation with the Public Ministry failed and the supporters of the attempted agreement were removed.

The termination of the SPEA functions completes a series of episodes in which a group of cooperators confronted the leadership of the EPL. In 2020, about 300 cooperators from SDR signed a demand in defense of holding an extraordinary general meeting to discuss the revision of the charter and proposed to disband the current management bodies of the cooperative and appoint a temporary management commission.

At the time, the CPEA denied the accusations, saying it was a takeover attempt and justified the raise introduced in the 2020/2021 school year as a necessity to ensure the school’s survival.

Despite the current labor conflict, Francisco Alegre Duarte felt that this “A new beginning” and that “conditions have been met for a smooth start to the school year”, commending the leadership of Eduardo Fernandez (President of the Interim Administrative Commission) which has “benefited” the EPL by guaranteeing a “superb level of learning quality”. and stabilization of the financial situation

Makhachev teases? From the Bronx? with message in Portuguese and forecast title – 11.08.2022

See also  Locking of the Indian corona virus: Travel back 1,250 miles painful for someone ... on foot