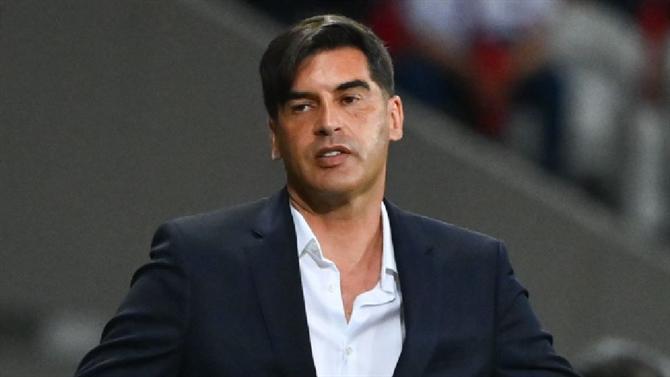 Paulo Fonseca did not hide his disappointment after losing to PSG (1:7) in the third round of the French championship. Called to analyze the defeat, the Lille coach suggested the poor performance of the French team.

“It’s hard when you lose with those numbers. The players are sad, but we must accept and respond. Analyzing the game is easy: they worked much better than us. We tried, and for me it was most important to understand that the team is trying. We still had good moments, but the difference is very big…”, he said.

When asked about a too ambitious game plan, Paulo Fonseca answered decisively.

“To concede seven goals is too much, but I don’t resent my players because they have remained honest with our philosophy. We are building a team and we cannot forget that before that we had two good matches. And if I want to ask my players for courage, I can’t be the first to show fear. So why change anything? I didn’t do it when we immediately suffered, we always tried to press high, play with the ball, and we had good moments. We can play better defensively, it’s true, but we showed individuality and that gives me confidence in the future,” he concluded.

KTM offers Miguel Oliveira a three-year contract with GASGAS: “The ball is on his side” – MotoGP