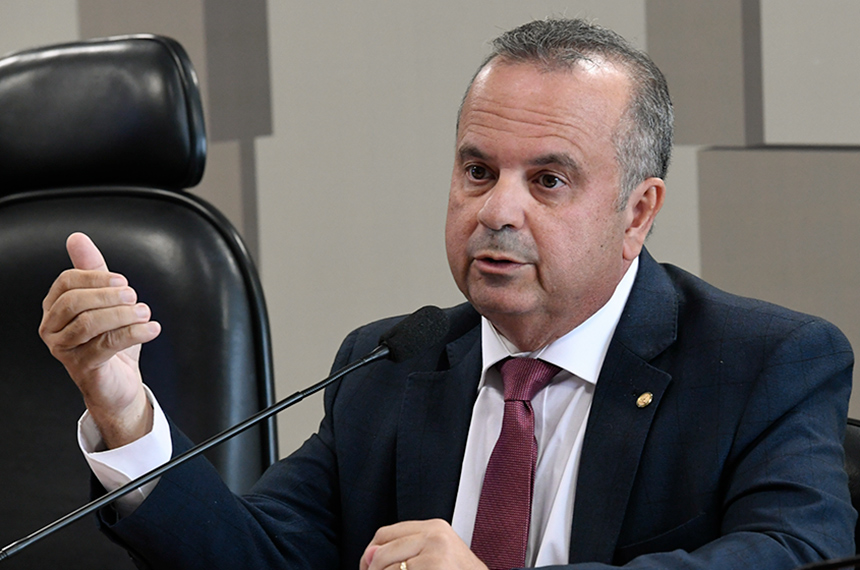 Rogerio: “I do not believe that this action was carried out with criteria, because it is absurd and false” (Photo: reproduction)

Former Minister of Regional Development (MDR) and Federal Senate candidate for Rio Grande do Norte Rogério Marinho (PL) defended himself against allegations of abuse of political and economic power by using the structures of MDR and the development of the San Francisco Valley and Parnaiba (Codevasf) to distribution of resources in exchange for political support. The action was proposed by candidate Carlos Eduardo Alves (PDT) at the Regional Electoral Court of Rio Grande do Norte (TRE-RN).

“I don’t believe that this play, this action is made with criteria, because it comes from an absurd basis and puts forward absolutely false situations, lies. Over the past 50 years, Codevasf has gone through seven to eight changes. I saw in the play that, they say, over the past 50 years they have not been, ”he said.

According to the former minister, contrary to the assertions of Carlos Eduardo Alves, “Over the years, Codevasf’s scope has expanded to include the northeastern states, with the exception of Paraiba and Rio Grande do Norte. Obviously, with the completion of the transfer, the continuation of the Sao Francisco River reaches Paraiba and Rio Grande do Norte, so they may be within the scope of Codevasf.”

And he added that, “although I recognize this justice, we did not present the draft to the National Congress, even because I am not a legislator, it was an action, an initiative of a legislator, I don’t even remember who it was, and it was passed by the House of Representatives , the Senate and became law. Obviously, when Codevasf reaches Rio Grande do Norte, Codevasf starts working in Rio Grande do Norte.”

Rogerio Marinho said he was surprised by this fact. “I was surprised, and I think that the whole political world here in the state, the population in general, who learns about the action, must be very surprised. How does a candidate go to court against another candidate, claiming that this candidate worked, fulfilled his ministerial mission, allocated resources, honored commitments, and paid tribute to Rio Grande do Norte. The state has played a minor role in obtaining federal government resources for many years. And that has changed,” he said.

For Rogerio Marinho, President Jair Bolsonaro (LP) provided resources to the municipalities and states and allowed the budget to leave Brasilia and meet the needs of those living in the municipalities. “He who does nothing for his land will do nothing for anyone’s land, and within the law, in accordance with the principles of my work as a minister, I have done everything possible to help Brazil, the North East and Rio Grande do Norte,” he said. indicated.

Linked to the MDR, which until last April was led by Rogério Marinho, Codevasf, which received millions of reais thanks to the speaker’s amendments, known as the “Secret Budget”, is implicated in possible corruption schemes.

A pair of PVC boots costs 110 reais, while a truck with a wooden body is valued at 365,000 reais. The price of the bridge can reach 810 thousand reais, and two kilometers of asphalt – 2 million reais. According to a report published by Folha de S. Paulo, this Friday the 19th, these “items” and their value are included in the public company’s catalog used by deputies and senators to select the destination of their parliamentary amendments. to their electoral strongholds.

According to Fogli, “As a promotional material for the department store, the material prepared by the leadership of President Jair Bolsonaro contains photographs and prices of machines, agricultural implements, vehicles, equipment, materials and even paving works that are nearby. “.

The price list proposed to parliamentarians perpetuates a model of outflow of public money that leaves planning, quality and control in the background, leaving room for unreliable services, deviations, overcharging and corruption.

According to Folch, under the name “Catalogue 2022 – Machinery, inventory, vehicles, equipment, materials and services,” the publication consists of 36 pages with tables of nomenclatures and their cost. This is the third edition issued by a public company (previous versions used 2021 and 2021/2022 as reference).

The list provides an explanation of the values, reminiscent of the language of online shopping sites: “The prices shown in this catalog have been calculated based on quotes and previous purchases and may vary depending on several factors, such as the place of delivery, the number and time of new trades / purchases “.

The sector-specific catalog even contains some topics related to Codevasf’s historical vocation, such as “irrigated agriculture” and “cisterns”.
However, there are products from such areas as “Creative economy – cutting and sewing”, “Baking” and “Beekeeping”. For example, “stainless steel honey buckets” are listed at R$504, while “PVC boots” are R$110 per pair. The visual format of the second chapter of the publication resembles the promotional material of a car dealership or car dealership.

According to Folha de S. Paulo, a description of this area of ​​activity could also be included in the federal infrastructure agency’s document: “This line of action is aimed at correcting the problems associated with movement, transportation, commercialization and the safety of people.” and vehicles that travel on public roads,” he says.

Prices for cars and heavy machinery range from 365,000 reais (a car with a wooden body) to 1.1 million reais (caterpillar tractor).

As Foglia showed, after a surge in spending with the so-called speaker’s amendments, the value of donations of machinery, equipment and vehicles to the cities of the country jumped from 178 million reais in 2020 to 487 million reais in 2021, an increase of 173%.