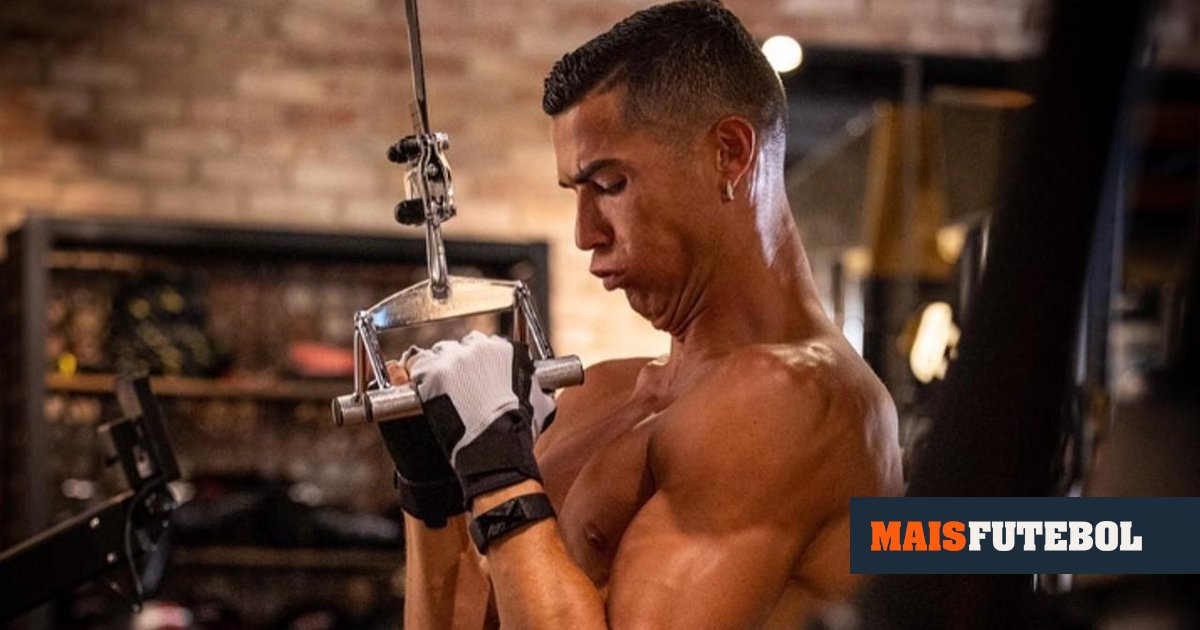 “It’s Reuben, man! Amorim. I lost your number, sorry to bother you”

“It doesn’t bother you at all, I just finished gymnastics. How long my friend! Such as? In fact, I’ve been waiting for your call since the beginning of the month. Why are you taking so long? By the way, I like the new hairstyle.”

“Thank you. Thank you. Look, the president is constantly asking me to call you. We heard that you are determined to leave Manchester United to play in the Champions League, that they want to cut your salary … “

“Don’t believe everything that the media publishes. But listen, it’s nice to play in another Champions League.”

“Show! Slimani didn’t do well last season, and not because he wasn’t booked, so we decided to look for another example of an attack. Paulinho needs a shadow [risos]»

“Who is from Paulinho? Tell jokes! You know that Sporting is my home, the training center bears my name…”

“But there is very little money, we cannot do crazy things, so much so that we will soon sell …”

“Wait wait. There’s someone on the phone. We’ll talk later, stay on the line.”

“My boy! Are you giving me more time?”

“Great Rui, my president! Yearning! You are the only one who no longer appears at our games in Ibiza, you are always busy with business and more business.

Yes, I’m still cleaning up the mess here. Speaking of turmoil, how about shaking up the market a little more? Jorge told me he wanted to leave Manchester United. You’re good? Can I help with anything?”

“Have you ever imagined the Champions League without Benfica? But let’s find out, I believe in the German language”

“We brought the Dutchman here from Ajax. He’s a good coach and all, but if there’s no reinforcements…

“Reinforcement? Here’s what’s missing [risos]. But I still wish the icing on the cake was for someone to put the ball in.”

“We need to sell this German midfielder first, get interested parties for about eight more players, reduce the payroll, and then we can’t pay much…”

“Rui, Rui, wait a minute. Pepe calls on another line”

It’s all right, Chris. This, of course, not to mention the hellish heat and Sergio, already bothering him in preseason.

“Man wants reinforcements, man [risos]. The President has already sold two of our best guys and brought only the central defender of Braga

“Yeah I saw it. The most expensive domestic transfer in the history of Portuguese football. It’s better that way, maybe now you can get some rest back there. You need to get ready for Qatar, bro!”

“Fresh? Resting? Not at all! I want more and more! You know me, bro! That’s why I decided to call you today. I have an idea”

“Do you know Evanilson, the Brazilian from our attack? The President said here that Manchester United are interested and all that. He even said that he turned down 60 million euros for him. This is one of our best players. If he leaves, we’ll need a scorer.”

“Who is better than Darwin Nunez?”

“How are things going with the salary at Porto? I know you’ll be playing in the Champions League as usual and all that, but…”

“So, they pay on time, it’s nice, but it would be necessary to reduce it a little …”

Pepito, can you give me a minute? I’m sorry! Jorge has already called me five times, I need to call back. I think it’s urgent, something to do with Saudi Arabia.”

He spoke Portuguese, brought all the hits and sent many kisses: Bryan Adams at the helm of MEO Mares Vivas – Showbiz