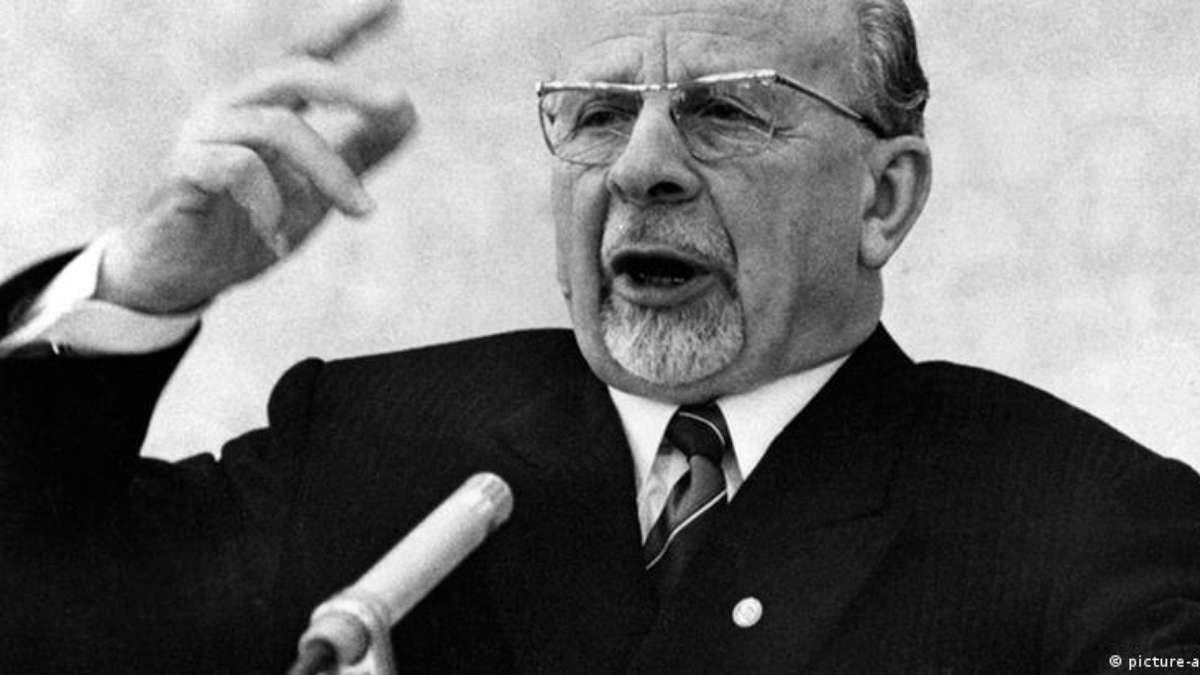 On July 24, 1953, Walter Ulbricht became the first secretary of the SED, a party in East Germany. The politician was famous for building the Berlin Wall: “No one is going to build a wall.” This is the most famous phrase of Walter Ulbricht, a founding member of the Socialist Unitary Party of Germany (SED) and for a long time the dominant figure in both the party and the political system of the German Democratic Republic (GDR, or East Germany, which disappeared with German reunification).

The construction of the Berlin Wall in 1961 was the final consolidation of Ulbricht’s power, which had been threatened several times. But, like some kind of phoenix, he had the gift to get out of difficult situations stronger.

This is exactly what happened in the European summer of 1953. Since the end of last year, the SED regime has plunged into a deep crisis associated with Ulbricht’s plan for the “planned construction of socialism” in East Germany.

Due to growing political and economic pressure, more and more people left East Germany for the West. In a month, the number ranged from 15,000 to 23,000.

When, in early June 1953, the SED command, inspired by the Kremlin, carried out another political turnaround, the discontent of the population turned into protest. The nationwide demonstrations on June 17, 1953 were stopped only with the help of the Soviet Army.

Ulbricht’s conversation with some workers on June 23 sounds like pure sarcasm: “All orders were carried out to the letter, weren’t they?

Opposition in its ranks

Not only the population, but also the SED comrades themselves tried to rebel in June 1953. At a Politburo meeting on June 6, Ulbricht’s opponents urged him to undertake a general review of his policy, which went beyond the requirements of the Soviet Union. There was talk of an “Ulbricht dictatorship” and a commission was set up to develop proposals for reform.

Erich Honecker, one of the few who remained loyal to Ulbricht, remarked: “Everything will fall on Walter. He will be overthrown.”

On June 26, the comrades went straight ahead. Rudolf Herrnstadt, editor-in-chief of the newspaper Neues Deutschland, asked: “Sorry, Walter, to have to say this, but could you immediately hand over leadership of the party?”

At this meeting, a proposal was submitted to the Central Committee to abolish the secretariat and the role of the general secretary. If they had won, it would have meant Ulbricht’s dismissal.

But even this opposition was overcome with the help of the Soviet comrades. On July 3, during a new meeting to determine the composition of the new command structure, a Soviet official unexpectedly appeared, declaring that the USSR supported the work of the Central Committee through several secretaries, who should report to the First Secretary, responsible for general coordination.

With such strong support, Ulbricht went on the counterattack: the reformers’ project questions the character of the party, splits the party, and represents social democratic positions, he said. When he connected some of his opponents with the head of Soviet intelligence and Stalin’s successor, Lavrenty Beria, who was arrested for “criminal acts against the state and the party,” the comrades generally retreated.

Thus, the path was cleared for Ulbricht: on July 24, 1953, he was appointed First Secretary of the SED Central Committee and again assumed a key post in the party. The era of Ulbricht ended only in 1971, when he was replaced by political heir Erich Honecker.