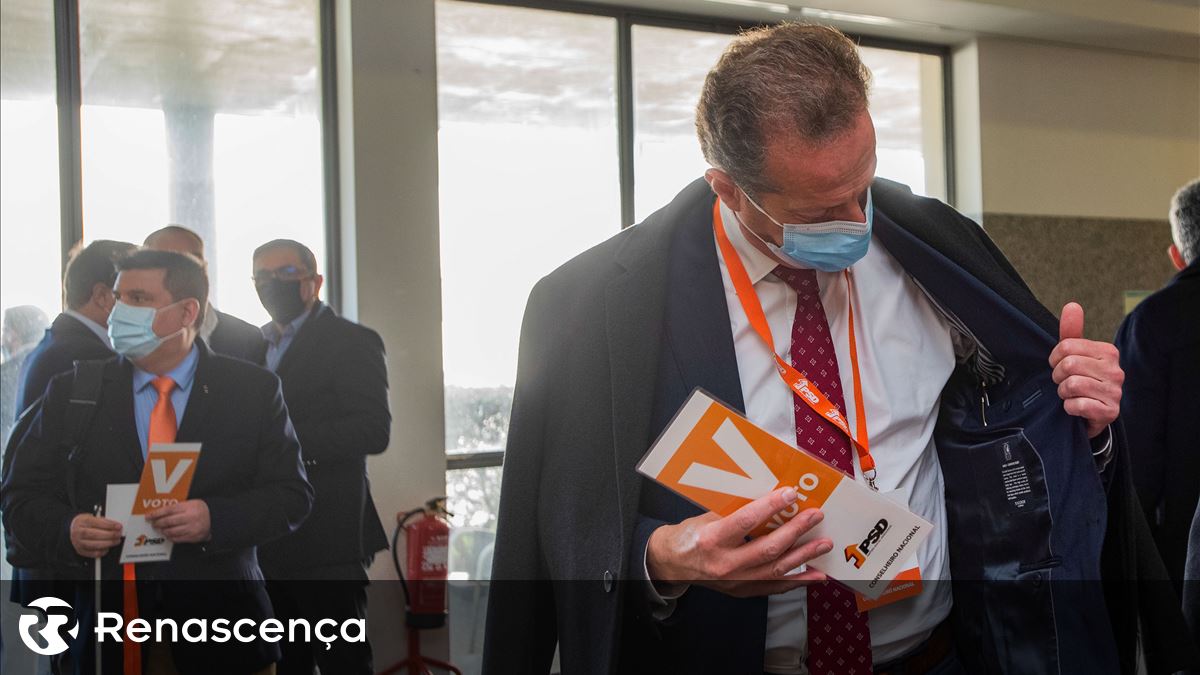 Ribau Estevez, the mayor of Aveiro, urges Luis Montenegro to “work” on his affability and praises the fact that the new SDP leader is already aware of the need for this.

Despite being one of the main critics of Luis Montenegro’s candidacy, due to his history of bitter opposition to other leaders, the mayor of Aveiro believes that this is a “new phase” where “unity” is the word of order.

At the door of Pavilhão Rosa Mota in Porto Ribau, Estevez is talking to Renaissance what kind of SDP is this, with Montenegro at the head.

He was one of the main critics of Luis Montenegro’s candidacy due to his past opposition to other presidents. How do you look at the victory of Montenegro, and also how you have integrated many of your former opponents into the direction?

Obviously, we were all in opposition to each other. If there is one person who has vehemently and often incorrectly spoken out against the leader of the party in recent years, it is Luis Montenegro. I really liked yesterday’s speech, but the part in which he himself confesses his attitude is distinguished by humility and great grace.

So, as soon as he arranged this stage of his life, which was very long, because I obviously supported another candidate, I thought that there was another way.

It is obvious that this congress marks another time, a time when it is really necessary to take care of this party. It is necessary to make it a strong structure capable of leading the opposition in Portugal and creating an alternative.

We are here to build. There is a time to fight and celebrate differences, and there is a time for a new phase that we are starting.

This is a Congress where we are trying to give deep meaning and seriousness to the word “unity”.

This lead in opposition to Luis Monteiro will certainly be a challenge, and it looks like Chega is already on his way. Should the SDP vote for a vote of no confidence?

I think that the government, which has three months, does not make any sense to submit a vote of no confidence in parliament. This is Chegi folklore. An episode of demagogy around a person is enough.

Introduce a vote of no confidence in the government, which has three months, although it has already made some mistakes and did it. As ridiculous and serious as a democratic act this episode between the Prime Minister and the Minister of Infrastructure and Housing was, it does not make political sense.

The leader of the party will do as he pleases, if I were the leader, I would refrain from an act of disrespect. The Social Democratic Party must be a reliable, serious and profound opposition.

I do not think that it is important for a party leader to be in parliament, on the contrary. Luis Montenegro was very pleased with the news he told us yesterday.

The leader of the party must be on the ground, he must be with the people, he must know the companies. You must have an attitude of presence. Also, unfortunately in Portugal, the MP is a by-product of politics, because we devalue Parliament.

In relation to Rui Rio, he had a problem of affability with people and a problem of easily perceived communication. But these are his characteristics, from this he is not good and not bad.

I think that Montenegro has a very high potential in terms of ease of communication and the ability to say in a few words what people understand.

You need to talk less. Yesterday we must forgive him, it was his first speech as party chairman and he spoke for an hour. But it is obvious that if the chairman of the party wants to be heard, he cannot speak for an hour.

Yesterday he was supposed to speak, and he spoke, and we listened. But no Portuguese can stand an hour’s speech.

I think that Luis Montenegro has something to work on in friendliness, in human relations of intimacy. And I found it very interesting, just for those who are in the know, the idea that they will be one week a month in each area. It is very important.

I liked hearing the leader acknowledge that he needs to work on this dimension and that it is politically important for him and for the SDP.