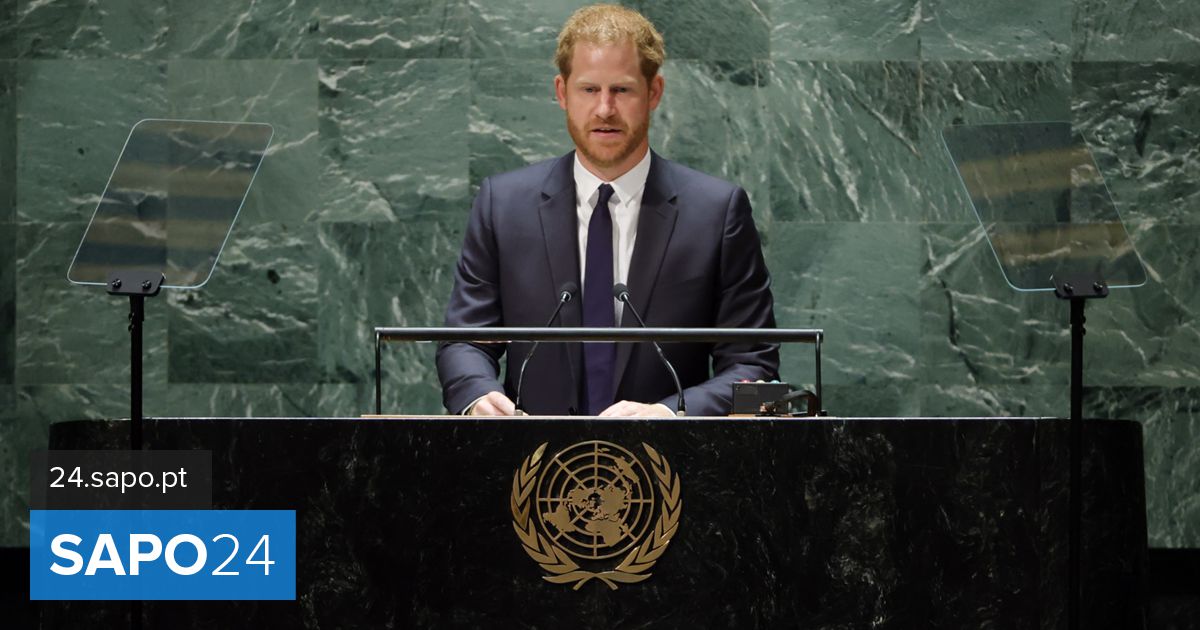 Harry, who spoke at the ceremony marking the International Day of Nelson Mandela, asked to take as an example the legacy of the historic South African leader and never give up in defending values ​​and principles.

“We can choose to either be apathetic and fall into despair and surrender to the gravity of what we are facing, or do what Mandela did every day,” Harry said at the plenary meeting of the UN General Assembly.

The Duke of Sussex remembered how the historic President of South Africa spent 27 years in prison for fighting the “apartheid” regime [segregação racial]always knew how to “find the light”, even in the darkest moments, and work tirelessly for what he believed in.

Harry acknowledged that the situation in the world is particularly dire at the moment when there is a pandemic, when climate change is “wreaking havoc” and when certain groups are using “lies and misinformation” to harm the majority.

“From the terrible war in Ukraine to the violation of constitutional rights here in the United States, we are witnessing a global attack on democracy and freedom,” he insisted, referring to the recent U.S. Supreme Court ruling on abortion rights.

The youngest son of the Prince of Wales, heir to the British throne, assured that today he sees the reflection of the spirit of Mandela in those who are mobilizing to protect the environment; in young activists for equality and justice, or in the work of organizations such as World Central Kitchen, Spanish chef José Andrés’ anti-hunger initiative with which his foundation partners.

In a speech that lasted about 15 minutes, Harry highlighted his love for Africa, where he said he felt closest to his mother, Diana of Wales, and where he knew he met his “soulmate” Meghan Markle who accompanied him to the ceremony at the UN Headquarters in New York.

The couple walked into the United Nations headquarters smiling and holding hands to take part in a memorial ceremony for Mandela, which was attended by several senior officials of the organization and national representatives, as well as other figures such as New York City Mayor Eric Adams. .

Since 2010, the United Nations has celebrated Mandela’s birthday on July 18 as a day when people call on people to dedicate at least 67 minutes to public service in honor of the 67 years the historic South African leader devoted to public service.

Dulce Pimenta of Married at First Sight says, “When ‘coincidence’ makes us live in abusive relationships.”

Someone else’s shame, cabbage and muscles that can sing. We saw the premiere of “The Singer or the Changeling?” – TELEVISION

See also  The funeral and funeral of actor Antonio Márquez will take place on Wednesday in Cascais.
Continue Reading