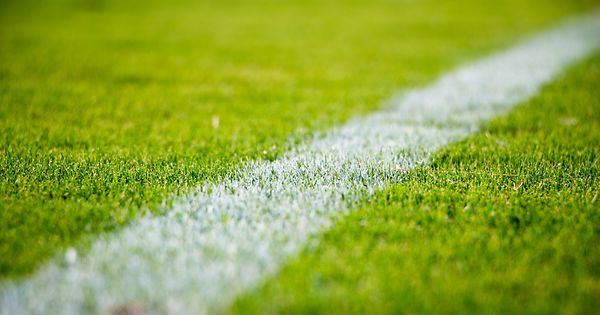 The surreal case of a Portuguese referee stretching the first half to 53 minutes and 53 seconds during a Real Madrid-Nice match in 1960.

The surreal case of a Portuguese referee stretching the first half to 53 minutes and 53 seconds during a Real Madrid-Nice match in 1960.

Football is 11 against 11, right? Wrong. There is a neutral element, the father of all defeats, the eternal culprit, the child of this and that. That’s right, Judge. Come to think of it, what’s the point of pursuing this risky career? Rosa Santos, with two Europeans at her feet (1988 and 1992) and over 200 first division games between 1975 and 1994, has the recipe. “What’s the point? To be inconspicuous. I’ll explain: the first 15 minutes of all games belongs to the referee, who lets the players know who is in charge. Attentive, because the players are cunning. They play for 88/89 minutes, and then they scatter and still want to, for the referee to extend the time.

But what about insults, etc., and what, it enters one ear and flies out the other? A Brazilian satirical newspaper offers a cure. As for the Confederations Cup, the Brazilian federation should start a campaign in defense of referees’ mothers. On the posters, love phrases of support for their children, such as “son, mommy is a bitch, and this does not stop loving you.” More Brazil, now a serious conversation.

The only referee in the world who scored a goal lives here. His name is José de Assis Aragao. In October 1983, during the classic match between Palmeiras and Santos for the São Paulo championship, in Morumbi (crooked), Jorginho’s shot hit the referee and the ball capriciously hit Santos’ goal. In detail, we are at 90 minutes +2 minutes and Palmeiras concedes with a score of 2: 1. That is the goal of the referee-scorer 2-2.

On the one hand, the Palmeiras party with the comment of the central Luis Pereira: “I have never seen this, I am glad that it was in our favor.” Already Santos, incredulous and indignant. “The FIFA referee should not be allowed to be so badly positioned on the field.” Judge, always judge. The ninth rule of football is clear: “The ball is in play if it remains on the field after it has been touched by the referee or one of the linesmen.” In other words, the referee is neutral. Okay, but professionally?

That’s where the problem comes in. In most countries referees are semi-professional: they have jobs and still referee football matches. Carlos Velasco Carballo, Spain’s only Euro 2012 representative and referee for the 2010 Europa League final between Porto and Braga, thinks the term is inappropriate. “What is it like to be a professional? I left my job to devote myself exclusively to this. I train every day, I have a paid job that pays very well and I prepare for every game. The referees are much more professional. than the players, because we combine the figure of the player and the coach. Yes, I consider myself a professional. Whoever says this is not a stutterer.

Tales of the lesser known side of the Portuguese player. Rui Miguel Tovar.

One thing is one thing, another thing is another. And here we are again at the epicenter of the arbitration hurricane. Always Portuguese, now abroad. Beware, this story is as funny as it is embarrassing. To avoid naming names, we warn you that this is a story with over half a century of history, so forget about all the Garridos, Valentes, Olegarios and the like. This time the name of the man in black in the eyes of the fans is Eduardo Gouveia. On March 2, 1960, this former Palmense player and referee from Lisbon whistles Real Madrid-Nice in the Champions League quarter-finals, accompanied by linemen Joaquim Campos and Herminio Soares.

On the eve of the game at the Santiago Bernabéu, a trio of Portuguese referees are hosted by a Spanish friend, also a referee, named Vicente José Caballero Camacho, at a hotel in Madrid. For Joaquim Campos, one of two line inspectors, “Caballero lived up to his name and was a fantastic person who ‘Great’ with the Portuguese, so he always visited us on such occasions. And we reciprocated this kindness and friendship. In fact, I, Eduardo and Erminio made a pilgrimage to Madrid to deliver a memorial plaque to his wife at his funeral.”

During this visit to a hotel in the Spanish capital, Caballero offers Eduardo Gouveia a watch and tells him, despite his initial refusal, that it is easy to use. Convinced, Eduardo uses it there at the Bernabéu and falls ill. For some unknown reason Gouvea stretches the first half to 53 minutes and 53 seconds. “Eduardo Gouveia had a huge misfortune, because at that time the ball never left the field, so neither I nor Herminio could come out to meet him and say that it was time.

On top of that, during that period of out-of-control compensation, Real Madrid scored Di Stefano’s goal in the 50th minute. And even then Gouveia was not warned. “Public [100 mil espectadores] shouted hours, hours, hours, and he was nothing. Maybe he didn’t even know Spanish,” says Joaquim Campos. “In the dressing room, when Erminio and I said to Eduardo: “Poor man.” She started crying there in front of us. No one likes to do a bad job and the truth is that the case quickly spread across Europe, although UEFA did nothing about it, such as suspending him or reprimanding him. The problem is how many mouths he had to listen to for the rest of his career. [em 1964], here in Portugal. It was enough to start the game for the fans to say: “Look at the clock.”

Real Madrid win 4-0 with three goals in the first half and one in the second to advance to the semi-finals of the European Cup, which they will win in a brilliant final against Eintracht Frankfurt (7-3). It’s a different story. Count time and hours in another article.

(The author writes according to the old spelling.)

Afonso Bandeira is the best Portuguese researcher of mathematics.