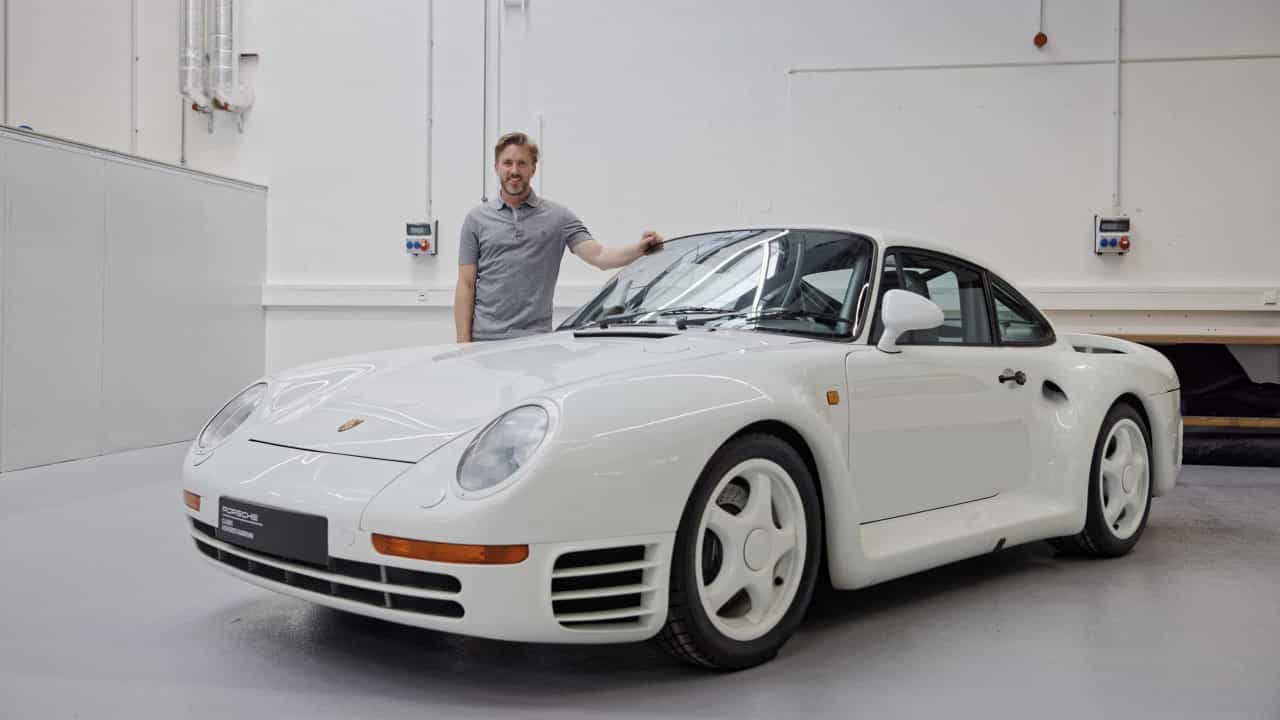 O The 959 is one of the rarest Porsche models. Only 292 cars were produced, but if we talk about its sports version, then the rarity still increases to even greater levels. The 959 S version was only entitled to 29 examples, one of which is currently owned by Nick Heidfeld, a former F1 driver who took his copy to Porsche Classic for a complete restoration.

The 959 S had just 4,183 kilometers on its odometer when Heidfeld delivered it to Porsche Classic premises in 2017. This meticulous restoration took several years because the technical inspection that had to be done still required several checks.

“If such a technologically innovative vehicle is not regularly used, damage is unfortunately inevitable. The drive and chassis needed a major overhaul. Restoring a 959 is always a special and wonderful mission,” said Uwe Makrutzky, Head of Porsche Classic Factory Restoration.

According to Porsche, the experience of restoring this model is huge, since all 959s have already passed through the Porsche factories at least once.

After mechanical and engine restoration, a sports car from the 80s was ready to pass into the hands of its owner, again with the original characteristics of a six-cylinder boxer unit, with a volume of 2.9 liters and an output of 515 hp. This is because when looking at the engine data, the Porsche Classic saw that it had undergone changes before Nick Heidfeld bought it. The German pilot gave permission to reset the initial characteristics.

In terms of performance, it’s worth remembering that this Porsche 959 S accelerates from 0 to 100 km/h in just 3.7 seconds and is capable of a top speed of 339 km/h. At the time of release (1985), it was the fastest production car in the world and the most technologically advanced.

See also  Check out all the details for the Skyrim 10th Anniversary Special Edition.

“I have been privileged to drive many powerful cars, but to be behind the wheel of this high-tech legend is something special. Ever since I was a teenager in the late 80s I have been a car fanatic and this Porsche has always been special. Here, we don’t feel like this is a 30-year-old car, it looks much more modern,” said Nick Heidfeld, quoted by Porsche.

Speed ​​cameras detecting who slows down and then accelerates

See also  Check out all the details for the Skyrim 10th Anniversary Special Edition.
Continue Reading