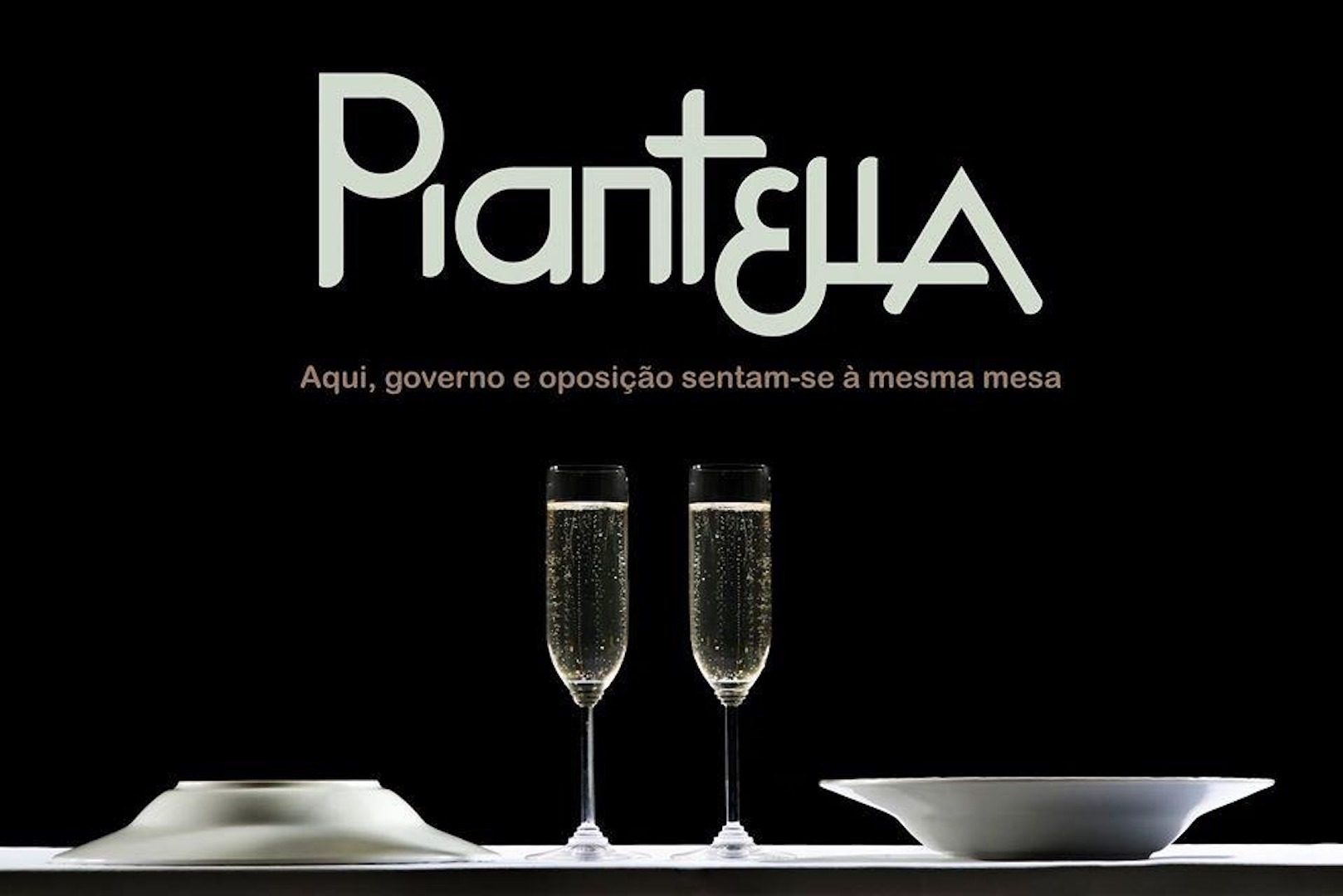 Now I was king
He was a beadle and also a judge
and by my law
We were forced to be happy“.

– the greatest poet Chico Buarque in the song “Juan and Maria”..

In 1977, when I moved to Brasilia, I really wanted to go to a restaurant. Any. I thought it was fashionable, but money was very tight. I would go to old Beirut, the coolest bar I’ve ever seen, and share with my theater colleagues the stupidly cold beer served by Cicero, the night waiter. Sometimes someone would buy a caipirinha. And, 3 nights a week, I sang in Serey, with the right to drink and eat at the end of the performance. I was happy and I knew.

Once, at a meeting at the UnB Academic Law Center, which my friends and I founded during the dictatorship, during AI-5, I fell in love with a colleague. Always a charm. I asked a rich student: “Where to take the girl?”; answer: “To Piantella, the coolest restaurant in town”. Late in the evening I went there and maitre d’ accepted me, Chico. Later I learned that it was the most traditional maitre d’ from Brazil.

I agreed with him: I took my guest, did not drink anything and shared maniko. He even let me pay the bill later. Everything went super right and super wrong! The girl ordered dessert, the famous profiteroles, and I drank 5 caipiros. vodka! Chico was understanding and I signed the bill. A week later, I returned to pay off the loan that I received.

Years passed, I graduated, became a lawyer and partner of Piantella! It was amazing. Magic time. Endless nights and days with Mariosinho at the piano. I sang and felt that I own the world. So it was.

See also  Alexander de Moares decides that Roberto Jefferson will return to prison after being discharged from the hospital.

Why am I bringing these memories now? For the tragic political moment we’re living through. During the redemocratization of Diretas Já, the restaurant had a beautiful advertisement: “Piantella: here the authorities and the opposition sit at the same table“. Today I understand the importance of what we have experienced. And we continue to sing Chico:

“When the time comes
this is my suffering
I’ll take interest from you, I swear
All this repressed love
It contained a cry
This is samba in the dark.
…
in spite of you
Tomorrow will be another day.”

Recently, on the birthday of former President Fernando Enrique Cardoso, I had the pleasure of sending him a message mentioning how much I miss the time when the PSDB’s political stance did not mean hating PT, and vice versa. How many times at the end of a tense and tense environment at Congress have we ended the night Jose Genoino, Delfim Neto, AKMJosé Dirceu, Sigmaringa, Miro Teixeira, Temer, Heraclitus Fortes, Jorge Bornhausen, Guilherme PalmeiraThe FHC and many others are discussing Brazil at the same table.

I remember the death of Deputy Luis Eduardo Magalhães, son of the ACM, and Marco Aurelio, my then partner, and I unveiled a plaque in Piantella in his honor. There were many politicians, from different parties and different trends. It was an unforgettable night. Between the sadness of the old ACM and the great harmony of all present, a toast was made to politics, friendship and Brazil.

I will never forget the night in Buzios in January 2002 when the then-perpetual presidential candidate Lula said to me: “This time for the win. Tomorrow I’m leaving for a campaign, and after the victory we will celebrate in Piantella.”. Lula went there, ran through Brazil and won. On graduation day TSE (Supreme Electoral Court), embracing me, asked: “Do you remember? Today!”.

The owner of the restaurant makes the party easy. I called Chico, the old man maitre d’and close the top of the piantella. It was beautiful, the whole country stopped to watch. We celebrate with joy and serenity. And at night, politicians of all parties passed by. Brazil was not ashamed to be happy.

Today, President Bolsonaro is the mentor and responsible for the hate politics that has divided Brazilian society. The assassination of municipal guard Marcelo Arruda, a PT fanatic, by a fanatical bolsonarist was the backdrop for the preaching of anger and violence from this mediocre and criminal President of the Republic.

So I go back in time and allow myself to miss Brazil, which used to sit at the same table. The country was conceived and discussed in our disagreements, and also matured in our rapprochements. Regardless of any political discussions, we knew the importance of politics in everyone’s life.

Therefore, I hope that on October 2, all of Brazil will want to change this disastrous and sad page of the chaos imposed on us by Bolsonarist fascism. And that we can sit down at the same table again and discuss a fairer, more solidary and more equal Brazil. Even so that there is plenty of food on the Brazilian table again to prevent hunger and unemployment.

Let’s give ourselves a chance and believe that Brazil can be returned. One more time with Chico, in the lyrics — How about samba?:

“Again with a straight spine, how about this?
Pick up the pieces, go to battle.
Maintaining a course and rhythm
Disenchant ignorance, how about that?
Dismantle brute force
So what about samba?”

The crisis will leave food and remove the “protection” of companies from political and economic risks, says Abitigo – Money Times

The social circle will discuss the social and political empowerment of urban black women and quilombolas.

See also  Alexander de Moares decides that Roberto Jefferson will return to prison after being discharged from the hospital.