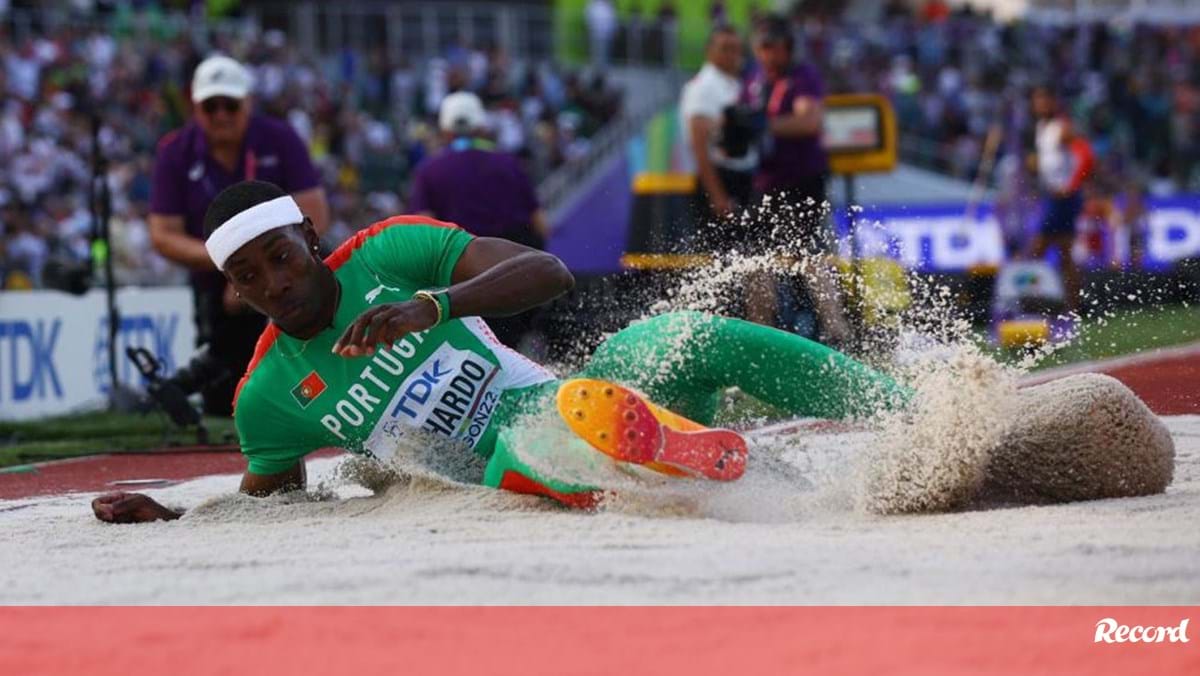 Portugal’s Pedro Pablo Pichardo, Olympic triple jump champion, said he did “what he had to do” in qualifying for the World Championships final in Eugene, USA, on Thursday.

Pichardo, 29, secured access to the final scheduled for Saturday at 18:00 local time (02:00 on Sunday in Lisbon) on the first jump with a score of 17.16 meters, which gave him first place. in qualification.


“It was good, I think everything went well, I did what I had to do, which was to overcome the qualifying score, and it worked out right at the first rehearsal. When I am physically healthy, I am very confident in myself. 17.05 For me it was not a difficult mark, so it was quiet. Now it’s time to relax and see what happens on Saturday,” underlined fourth place in Doha 2019, making his first appearance as a Portuguese, after two silver medals in Moscow 2013 and Beijing 2015, still as a Cuban.

In addition to the gold medal at the Tokyo 2020 Olympics, they beat Burkina Faso’s Hugh Fabrice Zango (17.15) direct qualification of 17.05, Doha 2019 bronze, Emanuel Yhemehe of Italy (17.13), Yaming Zhu of China ( 17.08). and Cuban Lázaro Martínez (17.06), world indoor champion, in Belgrade in March when he dropped Pichardo to second, leading the Portuguese to find competition in the competition.

“Have [concorrência], you can not underestimate the opponents, on Saturday we’ll see what happens. Sometimes in qualifying they are very tense, very nervous, we’ll see what happens,” said the Benfica athlete, who, having secured his presence in the final, remained on the turf of the Hayward Field stadium, to accompany Thiago’s competition with Luis Pereira and “pull to in the final, another representative of the preselection appeared.

Missing from the final was American Christian Taylor, who did not advance further than 18th with a score of 16.48. The reigning world champion returned to competition after missing Tokyo 2020 with an Achilles tendon injury.

In the absence of Taylor, Pichardo, who reached 18.08 in 2015, even before becoming Portuguese, in 2017, and North American Will Clay, world runner-up, 10th in qualifying, with a score of 16, 70, they are the only ones. Eugene2022 finalists flew over 18 meters together with world record holder Jonathan Edwards, American Kenny Harrison and Frenchman Teddy Tamgo.

“I will try, I will try. I am in good physical shape. If I have good health, I will fight until the last jump,” he promised.

29-year-old Pichardo arrived at Eugene2022 as the world leader and with the second best mark of the year (17.46 meters), which earned him a silver medal at the World Indoor Championships in Belgrade in March, behind Martinez (17.64 meters). ).

Portugal, which has already won four medals in the trio, all by Nelson Évora, with gold in Osaka 2007, silver in Berlin 2009 and bronze in Beijing 2015 and London 2017, for the first time has two jumpers in the final of the discipline with the qualification of Thiago Luis Pereira, re-caught with the 11th mark (16.69).