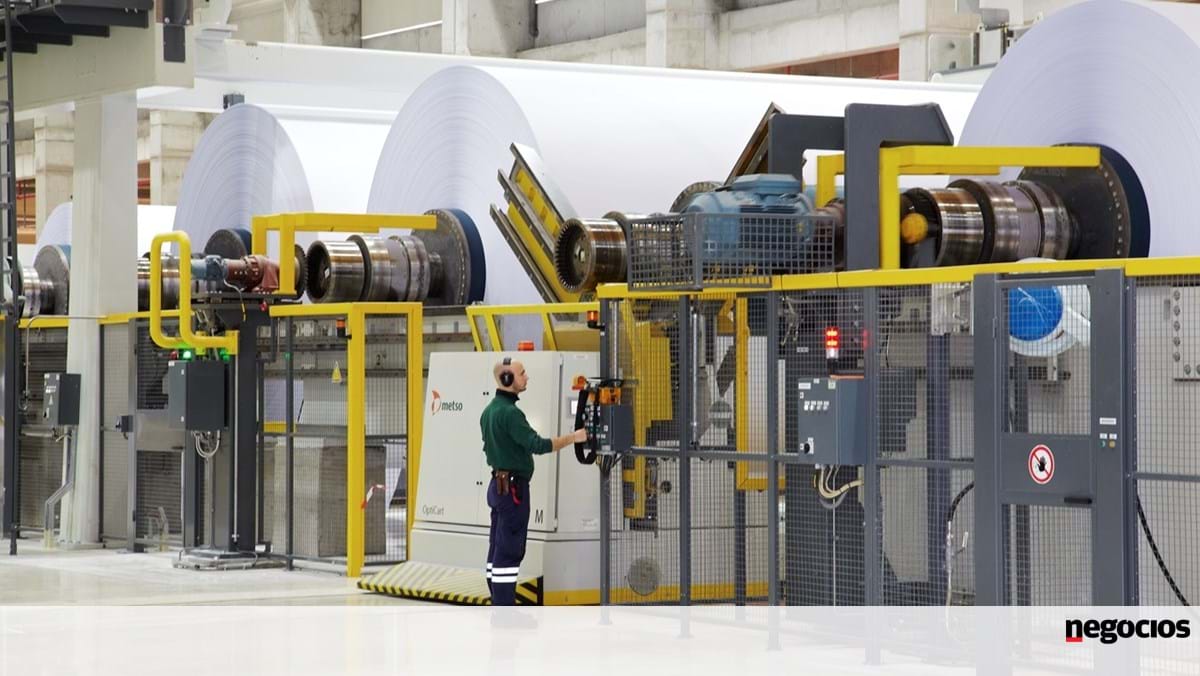 In the first half of this year, Navigator recorded a profit of 161.9 million euros, which is equivalent to an increase of 151.3% compared to 64.4 million recorded in the same period in 2021.

In its reporting to June this Thursday, the pulp and paper maker shows a turnover of 1,142 million euros “driven by favorable price developments”, representing an increase of 59.8% compared to the same period.

The company emphasizes that 94% of UWF paper sales came from the external market, although domestic sales rose by about 13% “in response to the shortage of paper that was felt in the country throughout the semester.”

EBITDA reached 345 million euros in this half year, up 129% year-on-year, with a return on sales of 30% (up 9 percentage points on the same period last year), “thanks to efforts to improve and consume, as well as the very favorable evolution of sales prices in international markets,” he explains.

The net debt of the company, which this Thursday announced an agreement with the German company P2X Europe to produce green fuel for the aviation sector, has decreased by about 137 million euros in the first half of the year (compared to 2021). to 521 million. Net debt/EBITDA ratio increased from 2.22x to 0.95x.

In presenting its half-year results, Navigator emphasizes that it maintains a “historically strong backlog of orders reflecting a strong drop in available supply in its main regions where it operates,” indicating that Europe “could be room for further growth.” capacity cuts following strategic decisions and/or profitability issues, given the strong increase in variable costs that the sector is suffering from.”

The group also believes that “the pulp sector is experiencing a unique moment at the global level with prices hitting record highs worldwide”, given the “very strong, albeit temporary, imbalance between supply and demand in pulp, as well as the concentration of global annual shutdowns for maintenance in the first semester and a delay in the start of new investments”, to which were added the effects of the strike in the first four months of the year in Northern Europe and logistical problems. restrictions that “punished also the available supply”.

There is also a “corresponding increase in transit times, numerous delivery delays and a general lack of logistical facilities,” he said.

The Navigator also notes that logistical costs have risen “to never-before-seen levels”, suggesting that “logistical problems will remain in the coming months, namely congestion in ports, as a result of a lack of human resources and an imbalance in the necessary funds.” for liquid operation.

“In this context, Navigator acted quickly by increasing the productivity of its production assets and improving the efficiency of consumption of raw materials and subsidiaries, mitigated the increase in variable costs by curbing consumption, namely in pulp production, and continued efforts to contain fixed costs, which increased proportionally less than the growth in activity,” the company said in a statement, which also indicates that the strengthening of the dollar during this period was reflected in average prices, which had a positive effect on its results.

His most recent bet, the packaging segment, achieved 51 million sales in a semester, he said, “roughly the turnover for all of 2021.”

The ECB shines gold and supports the euro. Oil continues to sink – markets in a minute

See also  The Fed raises interest rates by 75 basis points. It will only get weaker from 2024 - Monetary Policy