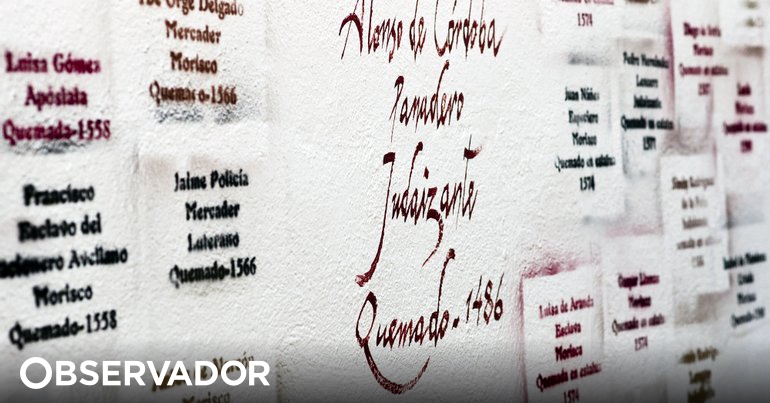 An 18th-century Portuguese manuscript detailing the activities of the Portuguese Inquisition has been discovered by the National Library of Israel, which has digitized it and made it available online, the institution said on its Facebook account. Twitter.

Just discovered and now #online for the first time:
18th century manuscript detailing the first 130 years #Portuguese #Inquisition…
Located in the Central Archive of the History of the Jewish People in @nlisrael pic.twitter.com/NnitbcZFf8

it A rare document that collects information on hearings and executions for more than 100 years. cruel actions of people accused of practicing Judaism and other “sins”.

According to The Times of Israel, the Central Archives of the Jewish History Library published on Wednesday 60 page document written in Portuguese.which mainly reports on public hearings and executions that took place between 1540 and 1669, most of them in Lisbon, called autos da feu, and which were carried out by the Catholic Church.

The manuscript was found in the archives of this library.

The victims described in the documents were mostly Jews who had recently converted to Christianity and were accused of practicing their Jewish customs, but there were also “traditional Christians” found guilty of acts of “sodomy, bigamy, possession of forbidden books, and sacrilege” . “, the library said in a statement, quoted by the newspaper.

The Portuguese Inquisition was created in 1536 following the Spanish Inquisition, which had existed since the last quarter of the 15th century, which forced Jews to cross the border to escape religious persecution and atrocities, and after forced conversions had already taken place in the country. natural Jews and refugees, as well as their children.

Hearings and executions continued for more than two centuries and were considered acts of penance for the accused.

The public executions, which drew large crowds, included large bonfires where the authorities burned alive the so-called sinners after being tortured, according to the verdicts of the so-called Tribunal of the Holy Office.

Israel Archives director Yochai Ben-Gedaliah said the rare discovery “sheds new light on the realities of a difficult chapter in Jewish history” and on the strict nature of the Catholic Church’s observance of rules.

“We hope that the newly discovered document will help scientists better understand this fascinating and complex period of history,” he added.

The manuscript details the autos da fé, including the number of victims, dates, locations, and even the names of the priests involved in the public executions.

The Portuguese Inquisition was officially abolished in 1821, more than half a century after the last known execution in which a Jesuit priest was accused of blasphemy, regarding the 1755 earthquake as divine punishment.

The humanist Damian de Gois in the 16th century and the priest António Vieira in the 17th century were among the individuals persecuted or opposed by the Inquisition.

Although the Portuguese Inquisition was abolished in 1821, it lost power in the second half of the 18th century, especially under the influence of the Marquis de Pombal, who claimed to oppose its methods, considering them to be actions “against Christian principles”, despite the fact that he used them . in the Tavoras trial, as the historian João Lucio de Azevedo emphasized in The Marquis of Pombal and His Time.

See also  The most powerful passport in the world for 2020

Starting in 2015, Portugal and Spain announced that anyone who could prove their descent from Sephardim — Jews expelled from the Iberian Peninsula by the Inquisition in 1492 — could apply for citizenship.

In 2020, the Portuguese Parliament approved the annual Day of Remembrance for the Victims of the Inquisition, which takes place on March 31st.

The National Archives of Torre do Tombo holds tens of thousands of files from almost 300 years of the Inquisition in Portugal.