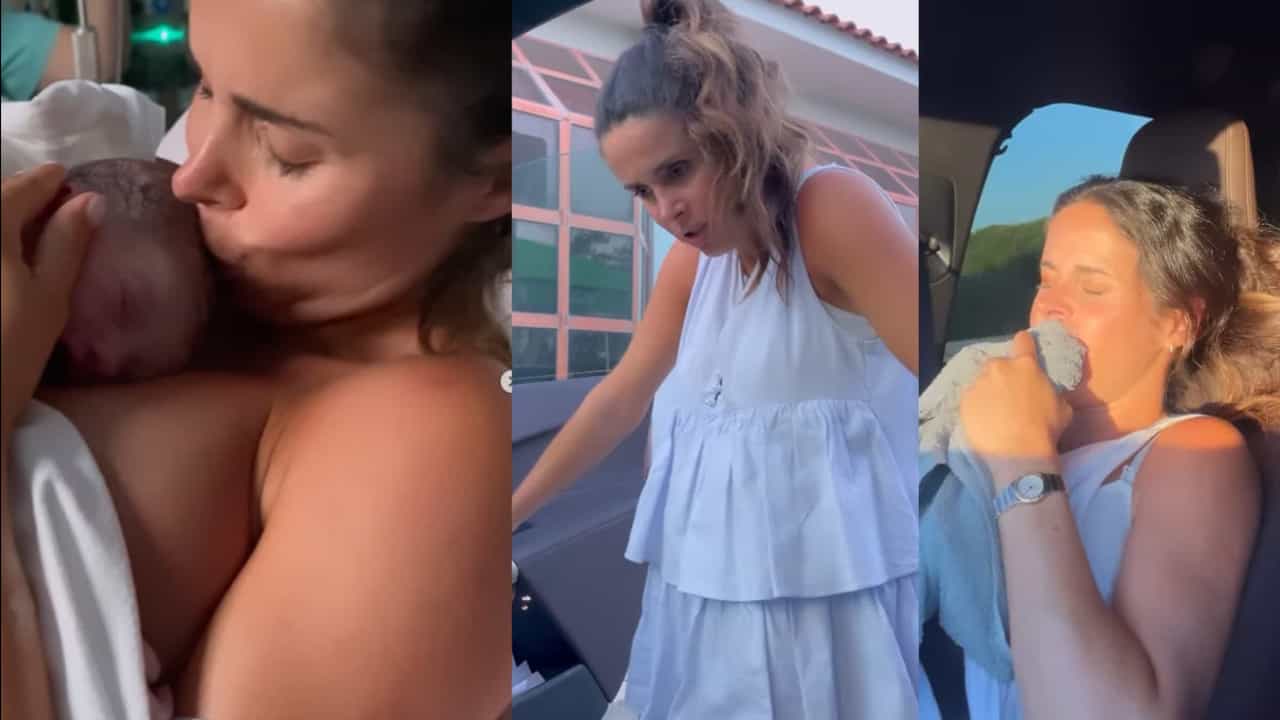 In a post she made on Tuesday, the actress detailed everything she’s been up to on that special day.

“At 5 am on the 25th, I woke up with my first contraction. I immediately realized how different he was from everyone else, but the impatience of the last days asked me to close my eyes and fall asleep again. A few minutes later, severe pain arose, and so it continued back and forth for more than 12 hours, ”he began with the message.

“That morning I asked Pedro not to leave the house. Our baby decided to be born. I didn’t tell anyone I was in labor, I didn’t need any pressure. There were only two of us, as I imagined. I just wanted to be calm and collected, in peace and quietso that the whole hormonal dance of oxytocin can flow,” he added, later stating that “spent the day as you wanted“.

“Between contractions, controlled and deep breaths, with great confidence and faith in the wisdom of my body and conscience, I lived the day the way I wanted to. And it was a beautiful day,” he said.

“During the last stretch of my pregnancy, there was a belief that led me to choose this day: I wanted to go to the hospital at an advanced stage. I wanted to come well extended. I knew that this would reduce the likelihood of intervention in my birth.“, he shared.

“I found my rhythm. I cooked breakfast, took a walk and went to the beach. It was in the sea that I most connected with myself and my pain. Between sand and water, I stayed there for hours,” he said.

“The intensity of the pain began to change. There was no longer any way to silence or circumvent this feeling. If we trust, our intuition will guide us. It was time to go to the hospital. I had an hour of travel with shorter and more intense contractions. When they arrived, I could not speak, only breathe. Every time I opened my eyes, a brutal sunset accompanied me to remind me that I was in the right place at the right time. Stubborn, I still wanted to stop by the service station to walk a little more“, he later recalled.

In the same publication, Katarina Gouveia also recalled that was admitted to the hospital at 22:00, “coma, the bag is intact, but already at the limit of pain, dilatation is 7 cm.” In addition, it says “still managed to ask for the song she wanted to hear during the birth.”

“And at 2 am, exactly two months ago, I received the biggest love of my life,” he concluded.

Read also: Katarina Gouveia left a message to mothers after a ‘hard night with her daughter’

The next Furious Speed ​​brings a surprise: the return of Joaquim de Almeida

“Courage does not give us strength, it sets us free…”