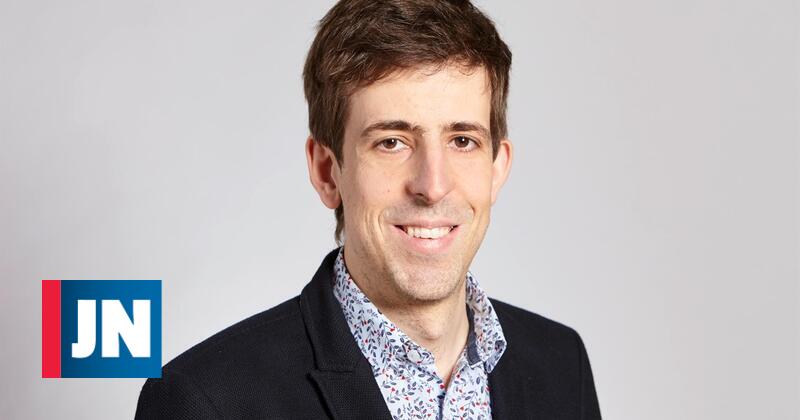 Afonso Bandeira is the first mathematician to receive the António Aniceto Monteiro Prize, a partnership between the Portuguese Society of Mathematics (SPM) and Unilabs. This was the first edition of the award for mathematicians under the age of 40 who have distinguished themselves by significant contributions to the discipline.

Afonso Bandeira is 34 years old and is from São Pedro do Sul, Viseu district. He is a professor at ETH Zurich, a public institution in Switzerland, and conducts research in information mathematics, combining the tools of probability theory, theoretical statistics and convex optimization to present innovative ideas that have revolutionized and uniquely stimulated the field in which he is considered a leader.

“To put it simply, the mathematics of information is about understanding how much information is contained in a given set of data,” explains Afonso Bandeira. The mathematician explained to JN that in recent years this is an area that is constantly evolving and allows you to get information for different fields of knowledge, such as physics or health.

“This allows us to perceive patterns in the network, such as proteins. In fact, it is this information that has allowed us to build the understanding of the coronavirus that we have.” For Afonso Bandeira, what interests him most is to understand, beyond how this data is extracted, how difficult it is to obtain this data.

When he learned that SPM had chosen him to receive this award, the mathematician felt honored. “I think they chose me because they liked my work, my curiosity. But more important to me than receiving an award is to receive it in person at SPM and be with mathematicians that I know and haven’t seen since the beginning. pandemic,” concludes Afonso Bandeira.

Although this is a field in constant development, Afonso Bandeira says he already has plans for what he will explore further in information mathematics. “Now I’m interested in understanding the relationship between the amount of data (with a certain quality), the response time and the quality of the solutions presented by computers when solving computational problems,” he explains.

Afonso Bandeira admits that it is impossible to predict the data that will be analyzed by this area, noting that even in a dream one will not be able to perceive the information that can be obtained from these data. “However, it’s great for those who like to ask questions.”

The award ceremony took place this Wednesday, July 20, as part of the National Mathematical Assembly. The award was presented by the Minister of Science, Technology and Higher Education, Elvira Fortunato.

The Antonio Aniceto Monteiro Prize is a tribute to the mathematician of the same name, who was one of the founders of SPM and Portugaliae Mathematica. His research work is considered evidence of an extraordinary era and life.

His modernist essay “An Essay on the Foundations of General Analysis”, published by the Lisbon Academy of Sciences in 1939, is an example of the innovative ideas that intoxicated his generation and sparked the progress of research in Portugal.

“The purpose of this award is to recognize the exceptional achievements of the new generation of Portuguese mathematicians, highlight the great quality of their research, inspire the youngest and advance mathematics,” explains João Araujo, President of the SPM.